In 'Cyberpunk 2077,' The Only Truly Punk Move Is Not To Play

That's what it says on my jacket. My weirdly puffy, annoyingly yellow, impressively armored and oh-so-very cyberpunk jacket. Because Cyberpunk 2077 operates almost exclusively in a claustrophobic first-person, I can't actually see the slogan sloppily written on my super-cool popped-collar jacket except when I'm tinkering with my loadout on the inventory screen. But I know it's there. I know it's there all the time.

The game tries so hard to be cool -- to come off as crass and edgy, to talk tough and play like some kind of anti-capitalist anarchy generator. But you lean too hard into that act and it will always come off more like a desperate pose than anything honest. One of the reasons I think I had so much trouble getting into the game is that all the gloss and chrome and affected, fake punkery gelled together like a hard shell in the first hours. No matter what I did, I just kept bouncing off, unable to get past the surface of it, told to act punk and do whatever I wanted, but then offered only a narrow spread of pre-approved systemic options that usually broke down to a) shoot everyone, b) have sex with a robot, c) buy things, d) quit.

I hung with it, but honestly? Quitting is the most punk option of them all. I wanted to love this game. I really did. I've been waiting decades for someone to take my teenage techno-dystopian fantasies and turn them into something I could play around in. But names and labels aside, this ain't that. It's all surface, no depth. All signal, no content. You wanna stick it to the mega-corps and hit 'em where it really hurts, choom? Just turn the game off and walk away. You wanna burn it all down?

How many hours of gameplay did this writer have before quitting?

Your taxpayer dollars at work !
Quote 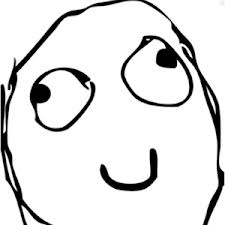 Funny, that's the exact impression I get of the author.
Quote

December 23rd, 2020, 20:48
Nah problem is he's an old Table-top Cyberpunk player, and like other journalist's expected a game like Red Dead Redemption, but instead got a story driven RPG.

Maybe CDPR should of made a TB Larian style RPG for that poor man.

December 23rd, 2020, 21:04
Ah, expectations, expectations, the bane of all game developers. It seems that critics in all fields, art, cinema, theater, and literature, are eternally primed to gripe and grouse about their subject before they ever fully experience it. I picture them sitting back with arms folded, scowl on their face in pre-judgment, and daring their victim to wow them. If it doesn't happen, Heaven help them. They feel it's part of the Critics Code to preemptively slag whatever is before their learned gaze and preserve their insider coolness.

Personally, I try to maintain a little perspective on games. I have somewhat of a checklist for games. Does it run well on my machine? My preferred genre? Is it fun? Do I like the art style? Does it hold my interest? Is/was it worth the money?
I don't expect any sort of life altering or transformative experience. It is a mass-market consumer product after all. A little perspective is in order.
Quote

December 23rd, 2020, 21:07
These so-called journalists, they should call themselves activists because journalism is not what they are doing.
Still enjoying the game 51 hours in.
Quote

Thanks go to @danutz_plusplus for sharing this on my news thread.
--
"Facts are stubborn things, and whatever may be our wishes, our inclinations, or the dictates of our passions, they cannot alter the state of facts and evidence." - John Adams
Quote

With all the mixing of genres I like to use preferred studio/publisher instead these days. In general (!), it broadly defines all the rest what you likely are going to get: art style, focus on which rpg aspects, polish, etc. The name of the studio is all I need to know.
Quote

You think this reviewer was edgy and harsh read this one.

Thanks go to @danutz_plusplus for sharing this on my news thread.

That's what I like to see in my game reviews - straight to Hitler, no messing about.

December 23rd, 2020, 21:36
I like how he makes it a point to mention that CDPR staff had to sacrifice "work-life balance" during crunch time as if that's a rare occurrence in the industry.

December 23rd, 2020, 22:31
I finished the game and found the experience quite shallow. Story is ok, if a bit sad for my taste, and i have zero desire to replay it.
Quote

December 23rd, 2020, 22:37
I will be the resident contrarian and say that for any who ever expressed a desire to see video games treated as art, this is what it looks like. Anyone who's defended Cyberpunk by arguing it is first and foremost a narrative experience, this is what it means to engage critically with storytelling.

I, for one, I'm not surprised that the cyberpunk game made by one of the largest video game companies in Europe--known for its terrible labor practices, seedy PR, and being run by a literal billionaire--comes across as thematically shallow for those willing to approach the corporate dystopia setting as anything more than an edgy aesthetic.
Quote

December 23rd, 2020, 23:44
If you guys want games to be accepted as an art form, then the content will need to withstand the reviews of art critics. If all you want is a shooter, then it shouldn't matter.

Ed.: whoops, I see Gwydden beat me to the point. But really, I think all a reviewer should need to do is complete the main quest in order to write a suitable review. They don't need to invest 200 hours in it first. Most players will only put in a fraction of that.
Quote

I will be the resident contrarian and say that for any who ever expressed a desire to see video games treated as art, this is what it looks like. Anyone who's defended Cyberpunk by arguing it is first and foremost a narrative experience, this is what it means to engage critically with storytelling.

I, for one, I'm not surprised that the cyberpunk game made by one of the largest video game companies in Europe--known for its terrible labor practices, seedy PR, and being run by a literal billionaire--comes across as thematically shallow for those willing to approach the corporate dystopia setting as anything more than an edgy aesthetic.

I do agree that if art is going to be critcised, then it's going to be looked at from different perspectives. But I do feel the corporate evil angle is being overdone here. I wouldn't object to the irony being noted as a part of a review, but I think it's a bit much to make it the main thrust, when just about every bit of mainstream entertainment we might enjoy is produced by pretty rotten corporations. I've no problem at all with articles that criticise the industry and its practices, but I think some of these reviews and pieces come across more as polemic.

Also, if were the editor, I might say, "Shall we not go straight for the Hitler, out of the gate? Maybe ease them in a little?"

December 24th, 2020, 01:07
Well most folks know I am super biased since I fell in love with the game. So won't get into the article but instead will provide a counterpoint to negative Nancy with the review I put on steam.

Finished this game last night and still coming down from the emotional high. Yes, it was that good. I am over 50 and this game is easily the best story driven game I have played. The odd thing is I almost didn't get it. I do not like first person only games and was disappointed when I learned no third person. I also am not big on driving and had worries it be like GTA5, which style of game I can't stand.

But picked it up as the atmosphere seemed cool and thought it was worth a try. At a key point near end of Act 1 I almost uninstalled I was so annoyed by a certain main plot line. But decided to see where it would go.
The writing and story was so good I did a 180 on my initial feeling and by the end was extremely sad at the thought of losing V's buddy.

I can't go into detail on why this game has become one of my top 3 games of all time without getting into spoilers so have to remain vague. I can highlight core aspects though:

- Atmosphere sucked me right in. I felt like I was there in Night City as V the mercenary. Everything clicked perfectly for me so I felt very immersed and part of the world.

- Characters touched me deeply. So many unique and wonderful characters. Good or evil or in between they had great stories and writing. I formed emotional ties to many of them during the story with V. I was especially connected to V and wanted to do the best I could for him.

- Story. Main story was top notch and the side stories often wove invisibly in and out of the main. Every thing came together in this rich and detailed world.

Glitches and bugs aside, I also enjoyed the mechanics and the whole theme of the cyber world. I mainly played blades - Katana and Mantis Blades with some hacking and stealth, although my V was more of a direct combat person.

Hated the driving at first but by the end of the game my favorite thing to do was to just drive on a motorbike all over the outskirts listening to the in-game radio. I would spend an entire night (my night I mean) just driving and helping out at crime scenes and doing gigs I found along the way.

The ending I had was beyond perfect. I was spellbound by the way the writers and developers carried it out. Never have I seen such a good ending in a game (so many games have abrupt and crappy endings). The ending I choose was a good length and helped to ease the player into what was going to happen. It was very emotional and since I was so connected to the characters I couldn't help but empathize with them.

Anyhow great game. To me the only real fault was the decision to support older consoles as that seems to be where most of the major issues were. If they had dropped them and focused on the newer consoles and PC it might have gone a lot better and the extra time, not spent on trying to support out of date consoles, could have focused on optimizing the main game. But that was a suit decision and not something I would factor into a review as the game itself is simply amazing.
--
Character is centrality, the impossibility of being displaced or overset. - Ralph Waldo Emerson
Quote