okay, please don't shoot me for making my first thread promoting a somewhat off-topic Kickstarter, but while not an RPG developer in a strict sense, I think Cinemaware is special enough to deserve a mention here. For those not familiar with the company, they were one of the greatest developers of Amiga games back in the late eighties-early nineties. Their games were typically a wonderful mix of different types of gameplay, and often inspired by movies. Famous titles include Defender of the Crown, It Came from the Desert and Wings.

I think there are a couple of things which might make the Cinemaware style of gaming interesting to RPG players. For one thing, they had great atmosphere and mood, something which is also present in the best RPGs. Another thing, is that they typically put the player in a role, and presented a broader and more immersive experience of that role. In Wings, for example, in addition to a simple system of improving your pilot's skills, you had sequences between missions where the pilot wrote in his journal about what was happening at the base as well as his view of events in the world. This creates a much richer experience, I think, than a game were you are just thrown into the seat of a WW1 plane, and start shooting things. It should also be mentioned that Wings feartured more than just one type of flying gameplay, as there were top-down bombing and isometrick strafing missions in addition to the classic 3D dogfighting. It all added to the variety of this wonderful WW1 game.

Anyway, as I said at the start, I am here promoting a Kickstarter campain. Cinemaware was revived in 2001, and has since not done much worth noting, apart from some mediocre releases, and a really nice website where you can read about and download their classic titles. Until now. Now they are on Kickstarter, seeking funds to do a remake of Wings. They seem to be in the concept phase, but have released some concept screenshots of what they are aiming for. 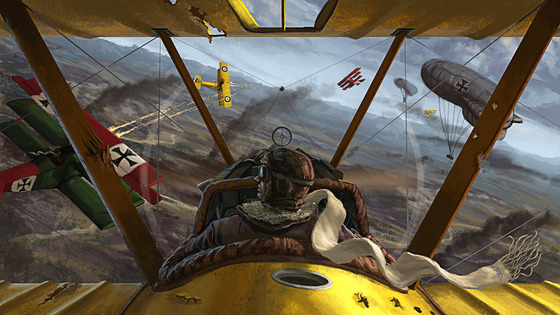 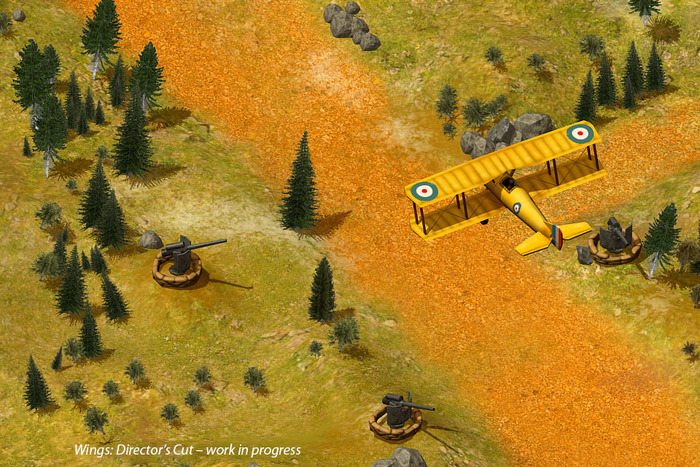 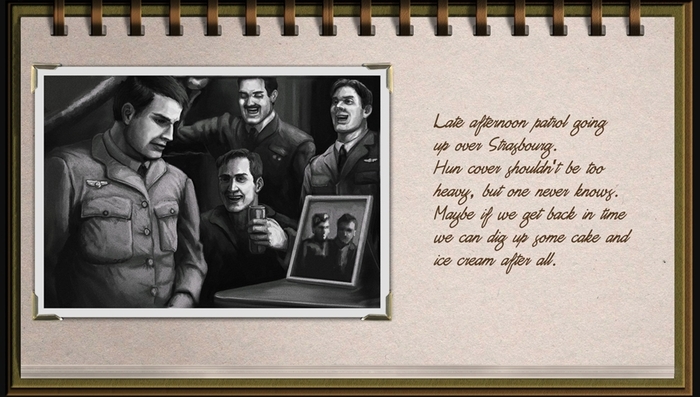 Now, you may protest that these are largely not the same people who made the original Cinemaware games, and you would be right. This is not like Brian Fargo and inXile, and we have little hard evidence to back up their ability to deliver what they are trying to make. However, they do seem to understand the original Cinemaware values, and they are the ones holding the rights to some of the best computer games ever made. If they are succesful, it could lead to even greater things, like a sequel to It came from the Desert. And for me, that hope, and my respect for what Cinemaware once was, is worth at least $15 alone.

For those who are willing to help out, here are some links:
Kickstarter project
Cinemaware website

The campaign has had a slow start, probably partly because the promo video was not a smashing success, but I have seen these things turn around dramatically before. If you want to see Cinemaware return, please help.

August 24th, 2012, 11:07
I loved the games back in the day, but gaming was different then. I'm afraid they have little but nostalgia going for them today.
Quote

August 24th, 2012, 11:15
Indeed, the world has changed, but I think many of these still hold up well today. I frequently find myself returning to old games, and while they may take a bit getting used to, it usually ends up being a good experience once I get into them again.

August 24th, 2012, 11:30
I think here in Germany they would get a small audience, especially if they are adventure games.

Plus, why not target them explicitely at an older Audience ? The LT ( = Realms Of Arcania) games sell relatively well, I read, in their newest incarnation as the so-called "Heldenedition", which includes almost everything and that in a playable state (with the help of DOSBOX) on modern systems …

One publisher has even re-released a collection of all Silmarils games, which includes the Ishar Trilogy - there is currently a bigger Retro wave rolling on !
--
"Any intelligent fool can make things bigger, more complex, and more violent. It takes a touch of genius and a lot of courage to move in the opposite direction." (E.F.Schumacher, Economist, Source)
Quote

August 24th, 2012, 13:22
I immediately recognized that first screenshot. I played the hell out of DotC on my NES when I was a kid.

There was a remake released in 2003 called Robin Hood: DotC. Not sure if it was any good or not.
Quote

Unchanged for millions of years.

Yet witness to a biblical prophecy come true that one day, the meek shall inherit the Earth.
--
Mankind must put an end to war or war will put an end to mankind. - John F Kennedy
An eye for an eye, and soon the whole world is blind. - Mahatma Gandhi
The world is my country. To do good is my religion. My mind is my own church. This simple creed is all we need to enjoy peace on earth. - Thomas Paine
Quote