The problem with 4,5… is descibed explicitely in an older video, from before the solution to 33 was found: "The Uncracked Problem with 33 - Numberphile" (https://www.youtube.com/watch?v=wymmCdLdPvM).

pibbur who wonders if his height (191) can be expressed as a sum of 3 cubes, but observes that it's (regrettably?) regarded as an odious number. Whatever that is.
Quote

191 has some solutions - these two are nice:

In case you hadn't seen this:
https://www.sciencealert.com/the-sum…48u-c84umxBUIY

"The pair had to go large, so they enlisted the aid of the Charity Engine, an initiative that spans the globe, harnessing unused computing power from over 500,000 home PCs to act as a sort of "planetary supercomputer".

It took over a million hours of computing time…"

pibbur who is impressed.
Quote

In a world primarily focused on instant gratification, that is an impressive feat indeed.
Congratulations & may the remainder of years be better than the first.
--
How about all games have a single huge lootbox you pay for up front that contains all the options, items, skins, unlocks etc? I'd pay for that!!
Quote 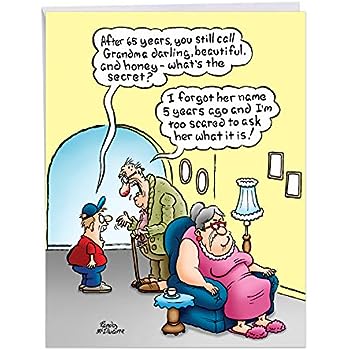 a pibbur who is as close to ROFLing as he can be these days.
--
Over the mountain watching the watcher
Quote

September 9th, 2020, 12:47
Great achievement. Do you now know if it is indeed the answer to live, the universe and everything?
--
In the beginning the Universe was created. This has made a lot of people very angry and been widely regarded as a bad move. Douglas Adams
There are no facts, only interpretations. Nietzsche
Some cause happiness wherever they go; others whenever they go. Oscar Wilde

Great achievement. Do you now know if it is indeed the answer to live, the universe and everything?

At least my life with her means everything to me.

a pibbur who observes that 42 years is still fairly short compared to the age of the universe.
--
Over the mountain watching the watcher
Quote

Changing countries can do that to a person!! LOL
--
If God said it, then that settles it!!

September 10th, 2020, 01:58
Congrats Pibbur! My parents just had their 63 last week.
--
Character is centrality, the impossibility of being displaced or overset. - Ralph Waldo Emerson
Quote

Spoiler – Question
What do you get when you multiply nine by six
--
Developer of The Wizard's Grave Android game. Discussion Thread:
http://www.rpgwatch.com/forums/showthread.php?t=22520
Quote