April 10th, 2021, 19:33
Well done article, thanks Redglyph. I am curious to know more about the companions. Hope they will be fleshed out in the final release.

You do a great job. Your writing is clear and easy to read/follow with a good grasp of the language. You cover things well, have some nice images, and its informative while not revealing too much about the story.
--
Character is centrality, the impossibility of being displaced or overset. - Ralph Waldo Emerson
Quote

I hope we'll see more content on the companions too, though I may just have missed opportunities in the EA. One didn't have a lot of dialogs but he was obviously all fight and little talk, so it follows (he did have a strong sense of ethics, on the other hand). Another one had his own "philosophy" and was happy to discuss about it. Overall it was fine, but the remaining acts should bring more.

There will be romance too, although more of a one-night affair than a deep relationship.

From what I saw, the other issues (control, interface) were solved long ago.
Quote

April 11th, 2021, 04:24
The author mentions that the developers have a partnership with Koch Media. However, this is what the developers have stated. But nowhere has Koch Media publicly confirmed this. There is no news article that confirms with a statement from Koch. You can go to the Koch website and look at their press releases and they have no mention of this partnership - or at least one that I can find. Why is that? Isn't that odd?
Quote

Larkspur, Calif. (Dec. 18, 2020) – Koch Media and Dark Crystal Games today announced their future cooperation for the upcoming sci-fi RPG Encased. The Koch Media Group will support the global launch of the game on PlayStation®4, Xbox One, as well as PC within one of its publishing labels. Future details on the publishing and release date will follow at a later point. Encased will be fully released 2021.

“From the very first day of development, Encased has evolved as an independent project, created with our own resources and the support of the amazing Kickstarter community. The partnership with Koch Media will maintain our creative freedom and help us showcase the game to a huge global audience," said Vyacheslav Kozikhin, creative director at Dark Crystal Games. "Encased will now feature full voice acting, additional language localization, and will be released for PC, Xbox One and PlayStation 4 at the same time. We’re excited to bring this adventure to a much larger global audience.”

“Encased fits perfectly into our portfolio and within our global expertise on publishing RPGs," said Mario Gerhold, International Marketing Director at Koch Media. "Our team here in Munich is already working hard behind the scenes and we look forward to sharing more information about the game and how Encased fits into our multi-label strategy very soon.”

Encased is a tribute to classic turn-based post-apocalyptic RPGs. Fighting enemies, exploring an anomalous wasteland, and leveling up a character while joining one of the forces ruling a ruined world. Encased inspires nostalgia for classic PC gamers and layers in fresh takes on the classic genre to welcome new players.

I admit it's a little odd but here you go the press release.

Thanks. I had looked all over for something but not found anything. I am glad this is clarified and hope this works out for everyone.
Quote

The author mentions that the developers have a partnership with Koch Media. However, this is what the developers have stated. But nowhere has Koch Media publicly confirmed this. There is no news article that confirms with a statement from Koch. You can go to the Koch website and look at their press releases and they have no mention of this partnership - or at least one that I can find. Why is that? Isn't that odd?

That's a good question, and it has been asked on Discord too. All we know is that everything is fine with this partnership, and that Koch Media will announce it on their website when it's the right moment for them to do so. Likewise, the game website still only names Black Tower as publisher, not Koch Media.

They're also taking their time to give any statement on the release date; maybe they intend to do both at the same time, which would make sense? We'll see.

But yes, it has been publicly announced at different places.
Quote

May 5th, 2021, 09:32
They haven't given any status update yet, but they keep posting feature tweets. I liked this one

Today the whole world celebrates Star Wars Day. If you are also a fan of a galaxy far, far away, we have great news. In Encased you too can become a Jedi by using a Psi Katana and Psi Gloves. 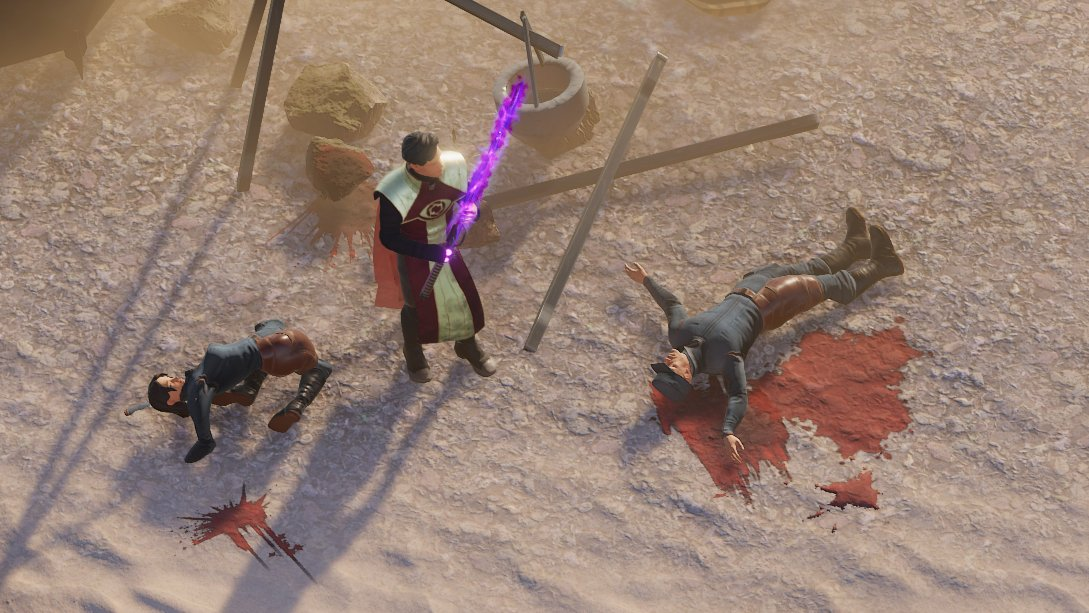