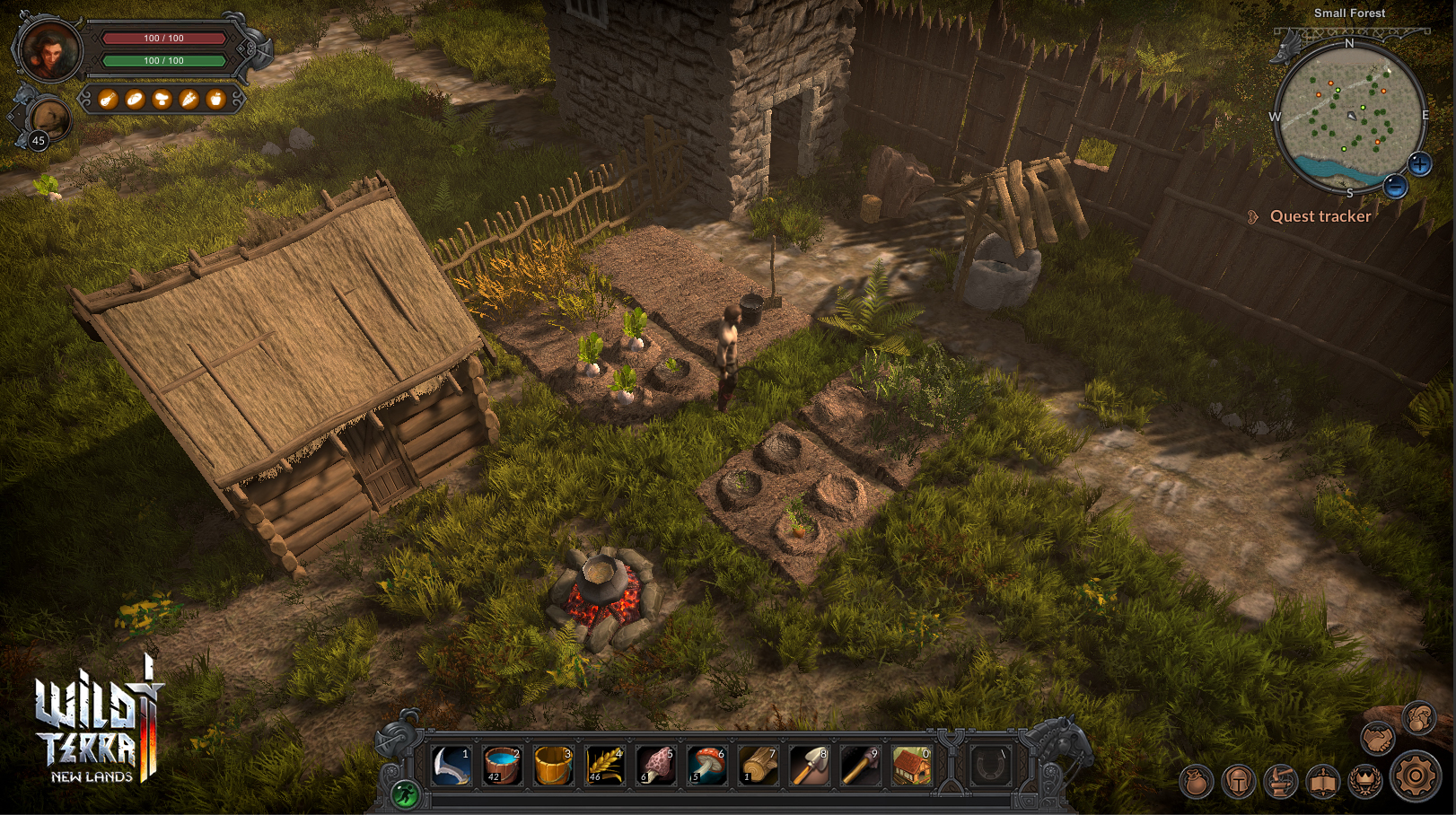 Agriculture has been added to the game in this update! Create beds, plant seeds, use fertilizers, water, harvest crops, seeds and breed new crops!

What's new:
Agriculture has been added to the game. Currently available a few crops and basic features. Over time, we will be adding new plants and mechanics to make farming even more fun!
- Available for planting Wild cereals, Barley, Rye, Wild root crop, Carrots.
- Added 5 types of fertilizers with different effects.

Hey guys! Check this funny and innovative feature of our game Wild Terra 2 Online
Added some funny stuff to our medieval MMO sandbox Wild Terra 2:
- Shield-door (excellent characteristics, as well as the ability to disguise).
- Multi-tool combining pickaxe, ax, saw and torch in one tool (it's very convenient!),
- Chamber Pot helmet - emitting the appropriate stench.
Learn more about our development

More fun stuff like this will be implemented to Wild Terra 2 Online.
Follow our development at:
https://steamcommunity.com/app/1134700#scrollTop=400
Quote

Hello friends! Big news for Wild Terra 2 Online. We are entering our final stages and preparing for a new beginning. This wonderful game grows more and more thanks to the support of our players and little by little we are gaining place among the Gamer community.

October 1st, 08:00 Central European Time there will be a wipe (reset progress). This is a necessary measure in testing any MMO game, thanks to which developers have the ability to reconfigure the mining and loot balance and basic mechanics. Right now we are working on the preparation for the wipe and the new update.

What to expect after wipe:

- more balanced leveling and mining of resources;
- increase in the value of the currency, new goods from merchants;
- improved game performance (up to +20 FPS on some PCs);
- fixed jerks when a large number of buildings and other objects appeared;
- you can no longer build on roads; - increased the number of online players;
- the next wipe is only in December, 48 hours before the release of the game on Steam Early Access;
- within a week after the wipe, we plan to add item durability, food expiration date, and settings menu;
- other improvements and fixes;
- immediately after the wipe, a server will be opened in Australia! All owners of the Settler, Conqueror, Hero, Stay Home (this pack no longer available for purchase) packs have access to the game.

Major updates. Many wonderful features have been added to the game. 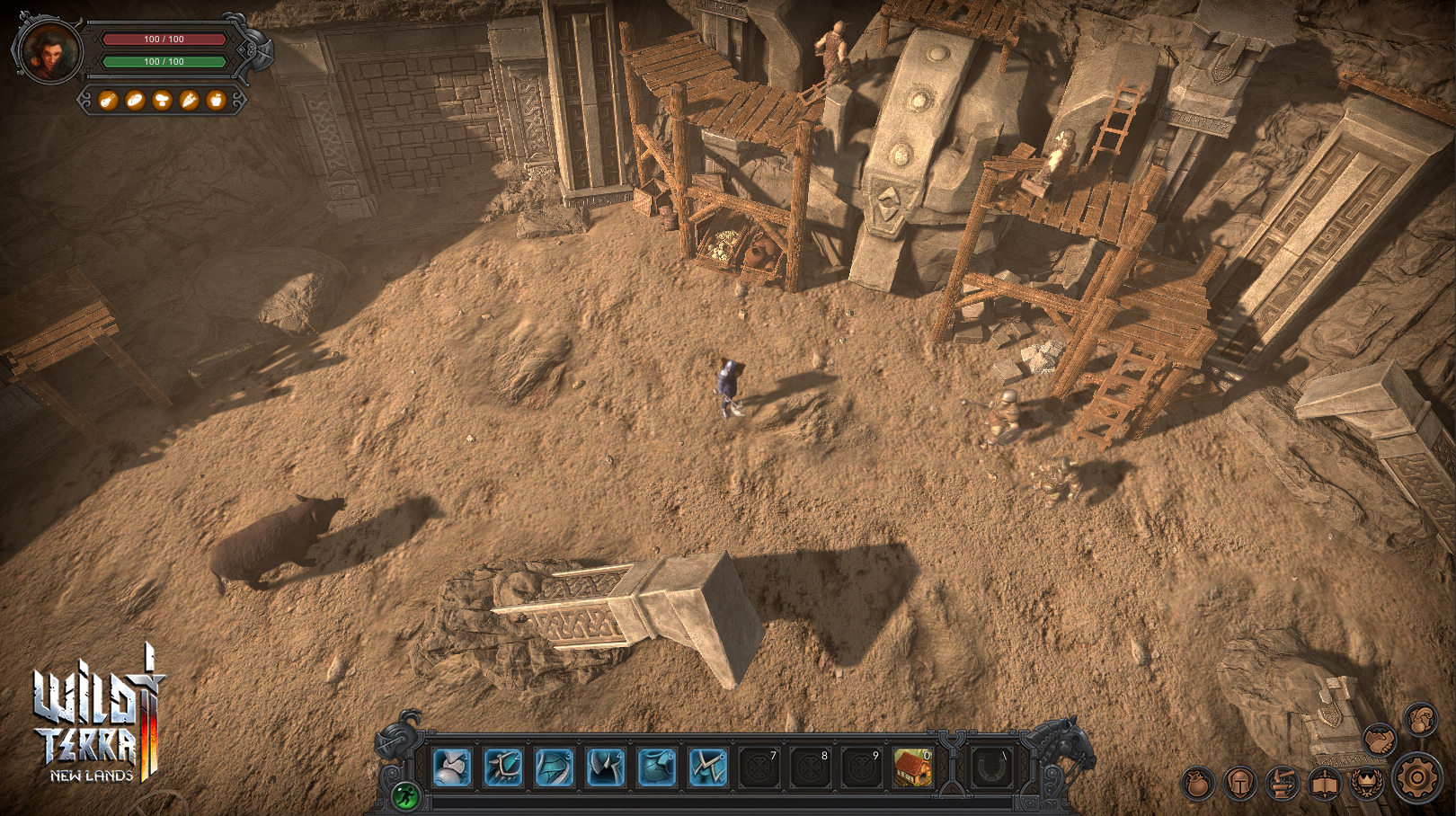 NEW ZONES: Forbidden mountains and Imprisonment Peaks.
New mountain areas have been added! Mine new resources, craft weapons and heavy armor from Zuperium, new mineral for new especial items, create Riveted leather light armor.
- Tame a Huge Boar, fight the NEW BOSS and other mountain dwellers!
- A large mountainous area in the north of the continent has been discovered. New resources to be found and dangers to discover in this new territory.
- New resources are available for mining: marble, zuperite ore and mountain sage.
- A new metal Zuperium is available for smelting, things from which have excellent characteristics for fighting animals and monsters.
- Added Riveted Leather Light Armor, Zuperium Heavy Armor, and a very rare helmet and a shield to the loot.
- Added Zuperium weapons: dagger, sword, ax and war hammer (weapon appearance will be improved).
- Added steel tools: pickaxe, axe, hammer and saw.
- Added new enemies: mountain dwellers, huge boar (can be tamed).
- Added boss Prisoned Master of the Mountain (NEW BOSS).

The central city is available! Trade and earn money from a blacksmith, tanner, carpenter, mason, cook, jeweler, fisherman, librarian, and hoarder. Buy useful goods from them!

Central city added! One of the districts is available, other districts will open in the next updates.
Added NPCs from which you can sell and buy various goods. There are 9 merchants in the game: a blacksmith, tanner, carpenter, mason, cook, jeweler, fisherman, librarian, and hoarder.
Added game currency. Money can be found in godsends and various loot, as well as obtained from the sale of goods to players and merchants.

Thanks to everyone for support the game. Dont forget to join us on discord.

October 1st, 08:00 Central European Time there will be a wipe (reset progress). This is a necessary measure in testing any MMO game, thanks to which developers have the ability to reconfigure the mining and loot balance and basic mechanics.

Couldn't resist tagging you for old times sake.
--
How about all games have a single huge lootbox you pay for up front that contains all the options, items, skins, unlocks etc? I'd pay for that!!
Quote

Free week for everyone as part of the Autumn Steam Festival from October 7th, 10AM PST to October 13th, 10AM PST.
Add Wild Terra 2 to your wishlist so you don't miss:

Until release, developers plan to add Guilds, update chat, add a new dungeon, durability and repair of items, a map, as well as the rest of the promised rewards for all those who bought a pack and supported the development of the game. Also pay a lot of attention to finalizing the balance and everything that has already been added to the game. 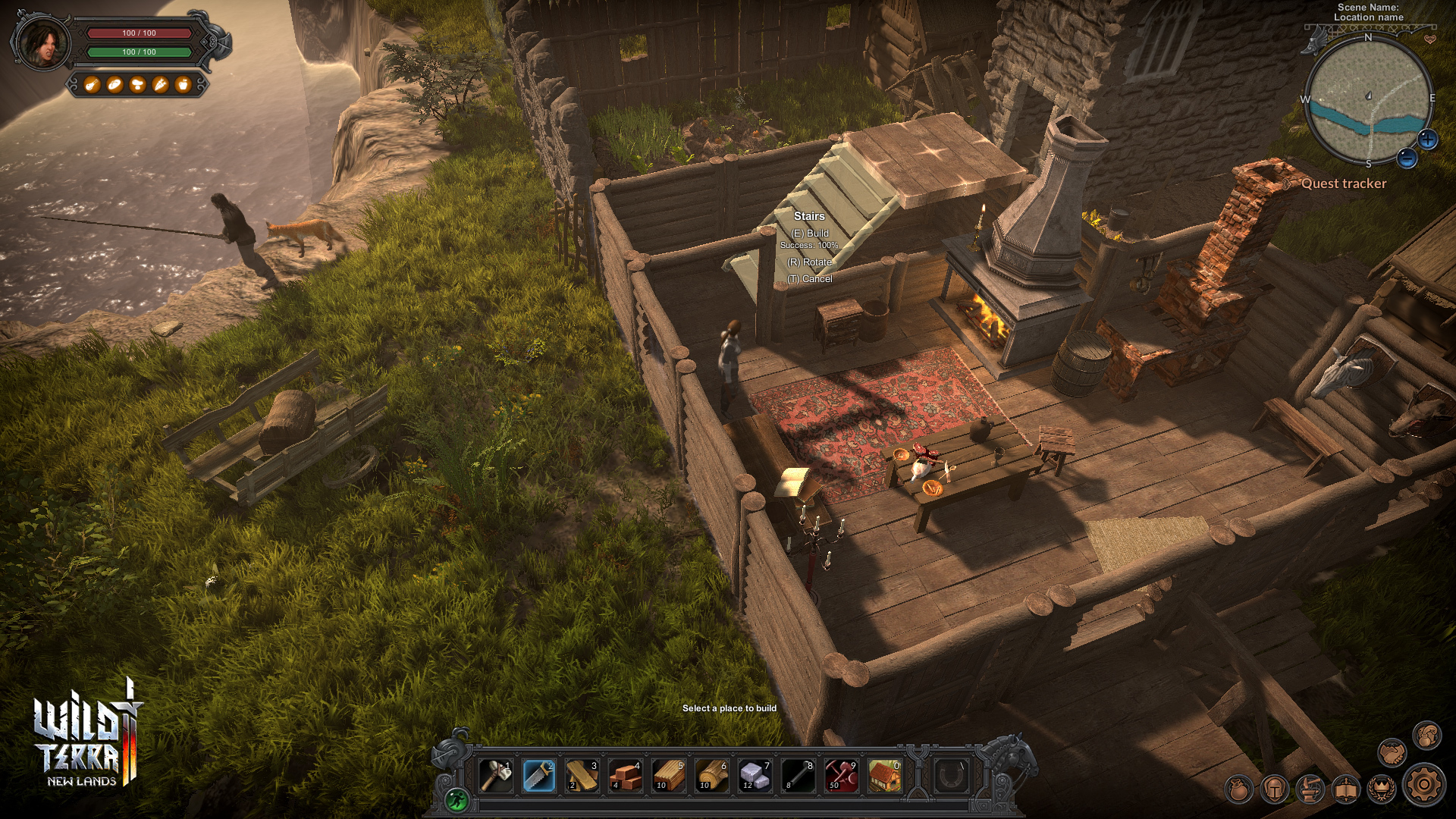 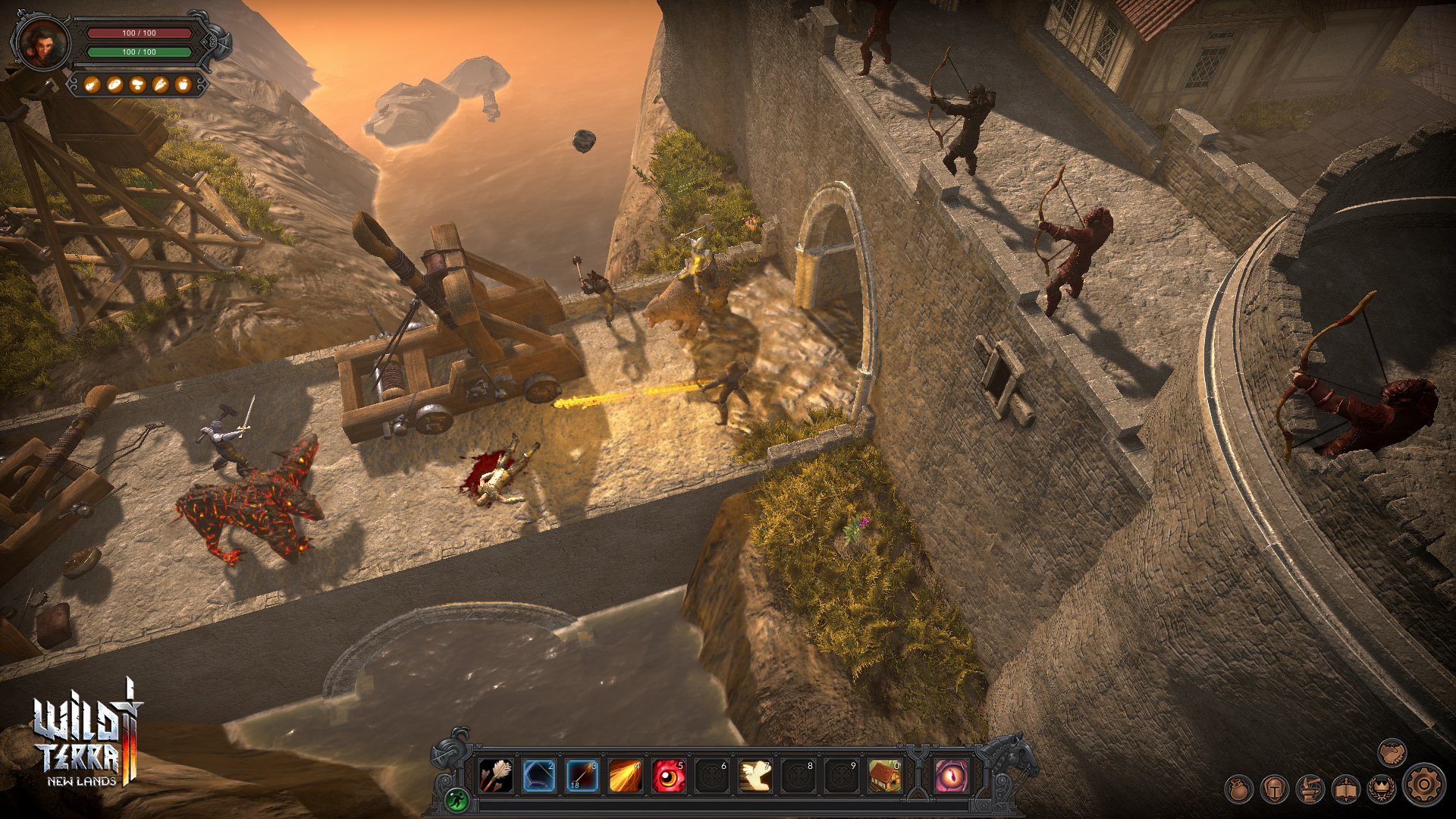 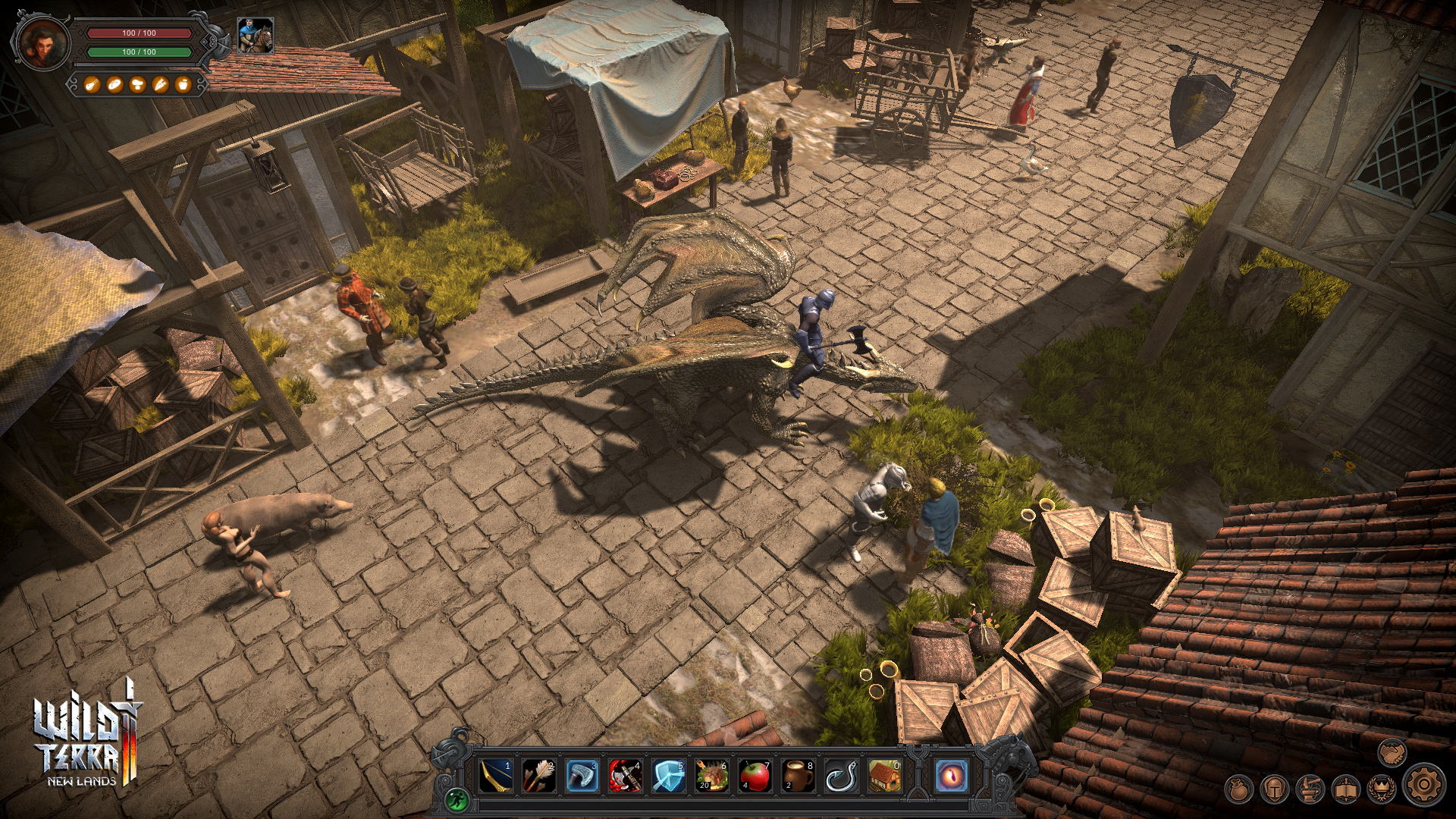 Update 2.0.250
- Spanish and German translations added.
- You can now create and manage a Guild. You can create a guild at the Librarian in the central city. In the guild window, an invitation and exclusion from the guild, assignment of ranks with different levels of permissions (Veterans can invite other members, and Officers can demote, upgrade, and kick members) and displaying online members. Also, you can quickly invite a member of the guild to the group and write a private message.
- Added Guild chat channel.
- Added reward cloaks for Conqueror and Hero pack owners.
- Added the One ring for Hero pack owners.
To receive new rewards, you must re-enter your key in the game.

- Fixed a bug due to which a pet could not be renamed.

If you want to help with the translation of the game, please write to support@wildterra2.com
Quote