That's next in my queue. I watched part of the first episode and really liked what I saw. I've always been a fan of Ridley Scott's style.
Quote

October 1st, 2020, 00:59
A word of warning then.
First three episodes: great!
4th-9th episode: barely bearable drag-o-rama that defies every possible logic.
One episode remains to end the season, but I'm not sure it can save initially promising show ruined by later episodes.
--
Toka Koka
Quote

October 4th, 2020, 09:59
I'm not sure how many kids of the 80s we have here but I'm sure many are familiar with the Dungeons & Dragons cartoon. Now thanks to the fans it has a real ending.

Since playback is disabled on other websites use this link instead.
https://www.youtube.com/watch?v=QsNH…e=emb_err_woyt
Quote

October 4th, 2020, 17:46
I remember the hue and cry this show elicited where I lived at the time, which was the South Carolina/Georgia area, a specific spot known back then as the CSRA. Boy oh boy, the parents were up in arms over this silly cartoon, lol. Meanwhile, every Friday and Saturday we were gathering together to play Dungeons and Dragons, and no parent had an issue with that at all.
Quote

October 5th, 2020, 07:30
Watched the long awaited finale of season 10 of The Walking Dead. Not much to say other than it was just as mediocre as the rest of the season.
Quote

October 5th, 2020, 14:56
I've never watched that show. Is is mostly about hacking up bodies? I'm not into horror or gore, but love survival type shows. Of course, I don't own a TV, but I could netflix or prime it I assume via my wife's accounts. Not sure about TV type stuff, not my thing normally.
--
c-computer, r-role, p-playing, g-game, nut-extreme fan
=crpgnut or just
'nut @crpgnut
aka survivalnut
Quote

Jk. To answer your question: TWD is more about the characters and what they're going through than about zombies. It is a show about survival more or less. The first 4-5 seasons are really good, but then it drops off dramatically imo.
Quote

October 5th, 2020, 19:35
The first series of the Boys was pretty fun and stayed mostly true to the comics. The second series….no. Just no. Stick with the comics and thank me later! I understand when deviations are made for the better, but when they are done for the worse and seriously damage whatever story you are trying to relate, you've failed on a massive scale.
Quote 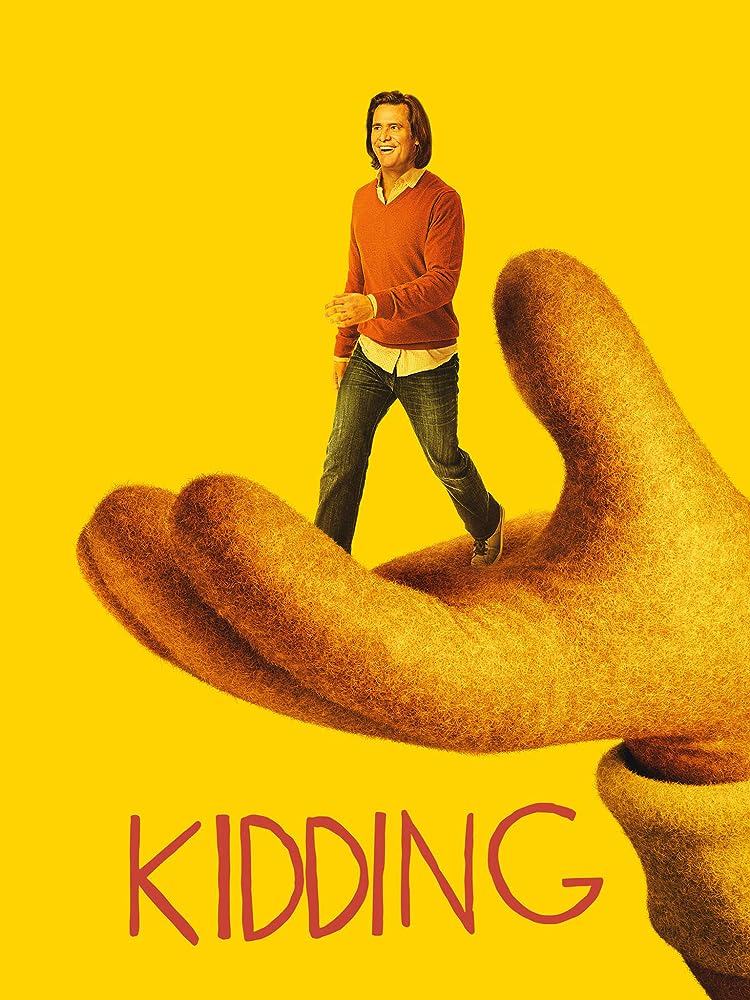 Finished season 2 of Kidding. And I really liked it. It's certainly a more non-traditional tv series. Too frikkin bad that they cancelled the 3rd season. Low ratings? Wtf is wrong with people. Too much shit to watch, and corporations refuse to even take a risk. Just short term profits. The whole cast was great. What could've been

I hope it's not because it required a huge budget. I hope Carrey didn't milk the series for all it's worth. Not that I think he's that type. He seems to really want to be involved with projects he's passionate about. And he was great in this one. It's probably because the executives expected huge returns based on his name recognition.

The first series of the Boys was pretty fun and stayed mostly true to the comics. The second series.no. Just no. Stick with the comics and thank me later! I understand when deviations are made for the better, but when they are done for the worse and seriously damage whatever story you are trying to relate, you've failed on a massive scale.


Yeah, I saw that coming with the last episode of the first season. I immediately went to wiki/google to see what was up with the story line in the comics. The comics has an ending and I could see that they were going to milk the live action franchise. I'll still watch the second season because the first season was pretty good. I just hope that they are designing the show to have some sort of conclusion. I guess a superhero dystopia just isn't my long term cup of tea.
Quote

October 9th, 2020, 04:59
Season 3 of The Outpost starts up tonight. It's marginally entertaining, but perhaps the closest thing to high fantasy on network TV these days.
Quote

October 12th, 2020, 19:43
Yeah I've enjoyed the other three Fargo series, so I'll be checking out the fourth at some point, for certain.
Quote

Yeah I've enjoyed the other three Fargo series, so I'll be checking out the fourth at some point, for certain.

Loved seasons 1 and 2. For some reason I stopped during the first episode of season 3. I need to get back to it.
--

October 25th, 2020, 16:42
Was curious about these two series, The Haunting of Hill House and The Haunting of Bly Manor, and started with Bly Manor first. From what I understand it's more of a creepy series with less jump scares. And it's pretty good so far. The visuals are great. I love slow and creepy movies that take place around huge manors. They have something intrinsicly creepy about them.
--

October 26th, 2020, 01:22
Some will argue that Hill House is a standard haunted house show, but it really isn't.
It contains fantastic storytelling solutions you may hardly see anywhere else. Disturbing, not in a getting you disgusted way, but more of a thrillerlike twists.

Bly Manor however I have to postpone, I don't have time for another show currently!

Bleak House (2005) is a really quite long tv series about the book of the same name. Just short of 8 hours over about 14 episodes, this was a wonderful series with wonderful production values.

Some notable names include Gillian Anderson, Charles Dance, Johnny Vegas and many others of variable international fame. It's a legal drama that moves around many other genres to which the central plot is "Who is supposed to inherit the vast wealth of XYZ estate", to which all forms of intrigue are presented via the most wonderful array of truly weird and bizarre characters.

It's also has one of the first depictions of a whodunnit & 'character detective', some argue the first ever and prototype for all future detective fiction.

I really liked this one, it's very Victorian Game of Thrones & Dance's character could well be a prototype for Tywin Lannister. 9/10 Oliver Twist (1999) is much more of a bastardised but in a good way version of this popular tale. They added a massive back story to Oliver's past and tried to make all the plot-holes in the original come together.

And it works quite well. Not so strong on the world famous actors here, but lots of locally famous ones, but Andy Serkis does stand out now as a big name in an early role. He plays the vicious Bill Sykes to perfection. A truly horrifying portrayal and easily one of the stand-out actors here. It also has a relatively minor part of a young Keira Knightly, but she's not in it much, least not enough to comment on.

On the downside, this version almost entirely removes the Artful Dodger from the script, with him also being about 10 years older than Oliver. This is the Dodgerless twist. And Fagan has a really dodgy accent, its supposed to be Check, but it comes across as hasidic jew. Which is all very awkward. If he hadn't referenced Prague I'd never have guessed that was what he was aiming for.

I'm also not a huge fan of Oliver Twist as a story, never have been. I just don't really enjoy watching children in peril and this story really jerks the viewer around IMO with him constantly being saved and then lost again, over and over. And yet I did watch yet another version here, so maybe its something I enjoy torturing myself with?

7/10 but with a caveat that the better actors are very much supporting the weaker ones here. 4 x 1.5 hour episodes. 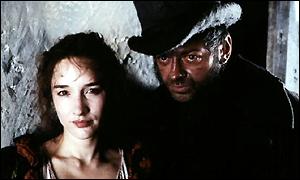 A Tale of Two Cities (1980) was 8 half hour episodes and didn't star anyone I could write here that would get any recognition from anyone outside the UK, though I found the acting to be pretty good over all.

Because of its era and because of its low budget it didn't really have the production values of the others, and it shows, but not enough to detract from the enjoyment.

Unfortunately this wasn't a story I was greatly interested in and even after just a couple of weeks I've already forgotten most of it. The two cities in question are London and Paris around the time of the French Revolution.

The best thing about it is it's the story that gave us the quote:

Which even in a lacklustre show with a story I didn't care for much still managed to tweak my emotion cords when spoken. 6/10
Quote