Alaloth gets a new look

Following up on September's Production Update that brought you the latest info about the development of Alaloth - Champions of the Four Kingdoms, we'd like to bring you some news about Alaloth as a brand. We've been working on a new logo for the game and have been excited to unveil the new look to you all. We couldn't wait any longer to tell you all about it, so without further ado, we present to you the new logo for Alaloth - Champions of The Four Kingdoms! 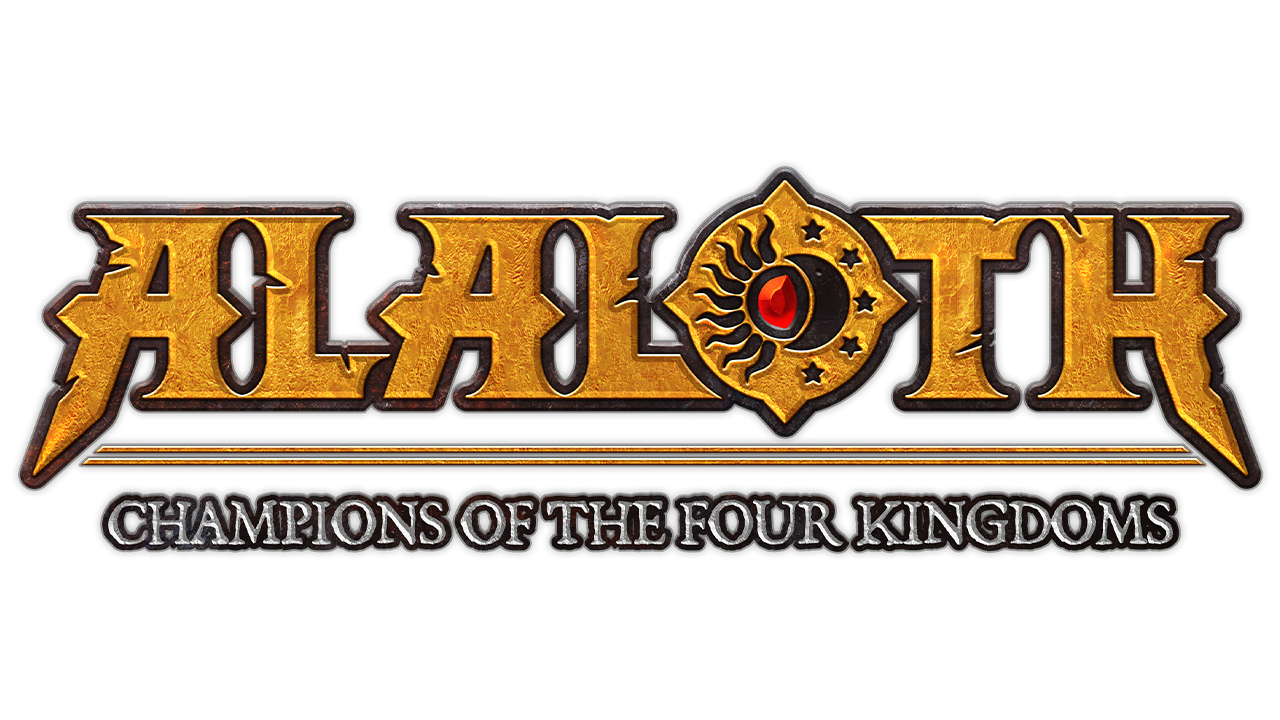 We've come a long way since Gamera Interactive was founded in 2017 (it will be 5 years in February! Yay!) and a lot has changed within our company and around the game. We also feel grateful to be working on such a cool IP that has so much potential. Given all that, we felt that it was time to give the logo a new look.

Our company was founded around the idea of delivering our dream RPG, inspired by the old classics but with a modern twist, so when making the new Alaloth logo, we used references from the 80s and 90s. We pulled strongly on our nostalgia of the golden era of RPGs and we feel that the new logo reflects our fond memories of that time. We hope that you like it too.

Another reason that we wanted to give the Alaloth brand a fresh new look, with a logo that was more readable and modern is because of the other Alaloth goodies we've been working on. Under the umbrella of Alaloth there's more than just a video game, there's also Alaloth - The Tempest, a comic book that serves as a prequel to Alaloth - Champions of The Four Kingdoms as well as a novel in the works.

Alaloth - The Tempest is ready for print and will hit shelves in bookstores and comic shops by the end of the year (it will be available in major online stores too). We're pretty excited as it's not often that you get to physically see and touch the product of your work in the mostly digital world we operate in! We've also signed a deal for a novel, which will be a collection of stories (codename Alaloth - Legends) from our narrative team. That project is in progress but is almost ready for publication as well. Be sure to follow our channels to stay updated on these extra goodies from the realms of Alaloth. Even if we can't say too much now, it is just the beginning talking about retail.

We appreciate your support and patience as we work on Alaloth -Champions of The Four Kingdoms and other Alaloth projects. Do you like the new logo? Let us know here on Steam or on our Discord.

No update on it's stalled development?

Will it ever release?

I'll stop there with the various questions.

No update on it's stalled development?

Will it ever release?

I don't know how many resources were allocated to the comics/novel instead of the game development itself. I know these teams maybe don't share the same personnel, but the news refer them collectively as "narrative team", and I don't know how many people from the narrative team also does the game writing/game narrative. Perhaps this stalled the development a bit, who knows?

I still think it will be released, but now I think they've focused more on the comics part and less on the game development.
--
Sou tricolor de coração!

Well, at least we know they're still alive and that the novel & comics should make it this year.
Quote

November 10th, 2021, 04:28
No way that this shows up in the next six weeks, and if it does it will likely need a substantial amount of updates/patches. Sometime in the second quarter of 2022 would be my optimistic guess.
Quote

November 10th, 2021, 18:29
I'm much less interested every time they post an update. It sounds like they're basically clueless. The original pitch is basically gone at this point.
--
c-computer, r-role, p-playing, g-game, nut-extreme fan
=crpgnut or just
'nut @crpgnut
aka survivalnut
Quote