Seems after the last movie, Disney did learn what SW fans want.

April 3rd, 2020, 09:13
Finished the first season of Carnival Row. It took me a few episodes to warm to it, but I thoroughly enjoyed it by the end. It's a must-watch for anyone who likes fantasy and/or steampunk.
Quote

April 3rd, 2020, 10:12
Catching up on American Gods Season 2 - I quite liked the show although I know others didn't. Alos watching Altered Carbon S2 - enjoying it so far. Haven't started on Westworld, but a friend was bitching about it so I have delayed (but then, he hates everything

Finished Picard…well..that has been discussed to death, so I won;t add much except to say that I quite enjoed it, depsite the erm…plot…issues.
Quote

Spencer Confidential;
Netflix Spencer for Hire reboot with Mark Wahlberg. I loved the TV show and how they fine tuned the theme song each year. Hawk (Avery Brooks: pre deep space 9) was great and with that show I had a soft spot for Boston. The Netflix Movie reboot had far more humor than the TV show but not too much. We liked it in our house and want more..

Agree - I was a big Spenser fan in the 80s, but had very low expectations for this 'TV Movie' and so was very pleasantly surprised by the new one. I do prefer Robert Urich and Avery Brooks, but the new leads work quite well, and I hope it gets some follow-ups!
--
-- Mike
Quote

April 3rd, 2020, 23:35
I just finished my rewatch of Millennium. I also saw the X-Files Millennium episode. It was fun seeing Frank Black again, but it kind of made the Millennium universe seem more low-brow, with the whole zombies plot. X-Files got away with that sort of stuff, and I always wanted Millennium to be more serious. This sort of lowered it in my eyes. Anyways, it kind of a stretch to call it cannon.

And, as a conclusion, I liked the series. Even though it wasn't technically finished. But I did not get to see the scene I've always thought was in Millennium. I guess I was wrong about that, or I must have mixed some other film with a scene like that with Millennium.

Anyways, on to the next series.
--

Star Trek Picard.
Really good but there truly was a major plot issue with one of the characters. This never would have happened under Paramont and its CBSeee ness really shows to me. Still, I'll be back.

NOTE: CBS all access has a free 30 days going on due to the coronavirus. All access also has freshed up Twilight Zone (original) episodes and they look great.

Avenue 5
sci fi show on HBO
mix Voyager & Gilligan's Island meshed with a heaping of Red Dwarf. It stars Hugh Laurie from House and its generally funny but kinda forced and just a tad off. And the while the story ideas are fabulous they can get a little annoying. And once again kinda forced. But Episode 8 of 9, has one of one of the most memorable scenes, ever done in a TV sit com. And with that alone I will be back for season 2.

Its weird because Will Smith is the executive producer, but it seems more like it was done by the Doctor Who folks. I marvel at its strangeness

Altered Carbon
While checking out the Netflix inventory, I noticed there is an anima movie version of Altered Carbon universe. Looked kinda like Fullmetal Alchemist style art. Movie is about an hour/10 so I'll check it out tomorrow
Quote

April 17th, 2020, 11:10
I've restarted Twin Peaks in a second attempt to watch season 3. I'm towards the second half of season 2. And while it's mostly great, it really starts to drag after the initial mystery of Laura's murder is kind of resolved, especially with all the secondary plot threads that don't reall have anything to do with the main plot. But I'm excited to finish it (as it wraps up nicely with the main thread being brought up again).

Then I'll get onto Fire Walk with Me, and the Missing Pieces. And then finally onto season 3.
--

April 17th, 2020, 23:21
Twin Peaks only gets better with rewatches, and the third series has truly grown on me, if you take it as a long movie rather than episodic it seems to make more sense. I'm really hoping for a fourth series at some point, or perhaps another film.

Better Call Saul is truly getting good, another stellar series will be wrapping up soon. For me it has far surpassed the prior series that it originated from, it isn't even a close contest. Well worth the time watching.
Quote

Twin Peaks only gets better with rewatches, and the third series has truly grown on me, if you take it as a long movie rather than episodic it seems to make more sense. I'm really hoping for a fourth series at some point, or perhaps another film.

I've also heard rumours and discussions that Lynch is trying to get another season made. Hope he manages to. I wonder how "The Return" did financially.

I've just finished Fire Walk With Me - The Missing Pieces, and I think I'm overdosing on Twin Peaks for the past week or so. In the sense that I just got out of bed after trying to fall asleep for the past 1.5h. I kept going from dream to waking up, back to dream, back up. And while dreaming it was always something Twin Peaks related. I'm not sure what, but I always woke up agitated and gasping for breath.

It's really making me uneasy. It weird, I don't remember it having this effect the first times I saw it. Must be in conjunction with something else. But I have been overly obsessed with the series in the past week. I've already got a 4h analysis video of the series lined up for when I'm done with season 3.
--

April 19th, 2020, 03:49
I really like the original two seasons of Twin Peaks and consider them classics, but Fire Walk With Me was forgettable, and I didn't care much for Season 3.
Quote

April 19th, 2020, 14:16
Me and wife are watching Netflix's Freud. The first episode is one of the weirdest things I've ever seen on a TV show, and my wife even considered giving the series up. I convinced her otherwise and now we're about to watchi the final episode. It took us two episodes to get a hang on it.
--
Sou tricolor de coração!

April 20th, 2020, 01:53
Watched the first season of Mythic Quest (created Rob McElhenney from It's Always Sunny), a comedy show about the day to day managment of a MMORPG studio.
It's an hilarious and pretty clever sitcom about work environment (kind of like Silicon Valley), but the video game part, however, is complete bullshit.
Seems like TV hollywood still have no clue what video games actually are, so it's full of moments when every gamers will think: "well, that's just not how video games work".
Still a good watch.

Also just started Toast of London, and I have no words.
It's perfection.
I'm gonna grow a moustache for full immersion.
--
The delightful and ever novel pleasure of a useless occupation.
Quote

One thing which surprised me is how well/appropriate some of the aged actors feel in the series. Them actually being 25 years old somehow grants certain scene great emotional punch. I particularly liked seeing James again, but by far was the emotional reaction of older Bobby to seeing/remembering Laura Palmer.

It's weird, sometimes this sort of thing comes off cheap and exploitative as capitalizing on your emotional investment, but as it's an absolute miracle the 3rd season got made, it comes off as very honest and heartfelt.

I was surprised to react this way to actual passing of time even though I had just seen this characters the previous week. i guess I got really attached to some of the characters. Which speaks volumes to how well they were written/portrayed in the original series, I guess.

The only negative thing so far was Cooper taking so long to readjust escaping from the Black Lodge. All the comedy antics he gets himself into are getting a bit annoying. I wish they'd get to him getting back to his old self faster. I hope they don't take too long to get there.
--

The only negative thing so far was Cooper taking so long to readjust escaping from the Black Lodge. All the comedy antics he gets himself into are getting a bit annoying. I wish they'd get to him getting back to his old self faster. I hope they don't take too long to get there. 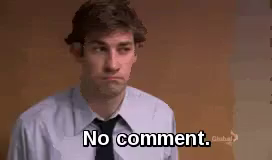 April 20th, 2020, 09:22
As someone who hasn't watched much TV is the last 5-6 years and hasn't kept up with anything that has come out, can someone recommend me some good sci-fi or maybe fantasy? During the lockdown I have watched Picard, Discovery and Altered Carbon. I've also watched Walking dead, Game of Thrones and Witcher. Apart from that nothing at all. So what else would you recommend I watch? I liked all of the shows I mentioned.

Haven't seen or heard of either. I'll check them out thanks.
--
Favourite RPGs of all time: Wizardry 6, Ultima 7/7.2, Fallout2, Planescape Torment, Baldurs Gate 2+TOB, Jagged Alliance 2, Ravenloft: The stone prophet, Gothic 2, Realms of Arkania:Blade of destiny (not the HD version!!) and Secret of the Silver Blades.
Quote

Is that in regard to my reply? Or to what's gonna happen?
Am I gonna be disappointed?