Gothic Remake - Close to the Original

August 3rd, 2020, 19:09
Gamestar interviewed producer Reinhard Pollice about the Gothic Remake - the remake will be closer to the original than the playable teaser:

-> Link to the podcast (in German)

As for the Demo I loved what I played.

It doesn't need to be a carbon copy look at the latest Mafia remake.
--
We do not stop playing because we grow old, we grow old because we stop playing!
Last edited by Couchpotato; August 3rd, 2020 at 19:56.
Quote

I've never actually played any of the Gothics (I know, I know). If it's any good I'll give this a go.

They are very high in my list of best RPGs ever. I wound up buying the Italian version of Gothic 2 which had enhanced and expended content and then did some patches to make it English. I played it through 3 times. LOVED that game. It was special in so many ways
Quote

I've never actually played any of the Gothics (I know, I know). If it's any good I'll give this a go.

You missed nothing as the first two haven't aged well, and have bad controls. It's been almost 20 years. Hence the reason why many use mods to enhance the graphics.

I've never actually played any of the Gothics 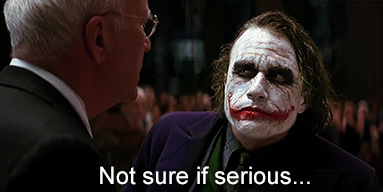 Get those rose tinted glasses off.

August 3rd, 2020, 23:39
"Close to the Original"
Thank god they are throwing away the whole demo then, because with it they went as far from the original as possible with all the monologues from the hero and the god awful console combat not to mention they hired Michael Bay to write the new intro.
Quote

August 3rd, 2020, 23:54
It seems they are in the right direction because demo has nothing to do with the original game. Combat was inferior even compared to first Gothic. I hope they adopt a stamina based combat system. They can use Risen 1's combat system which is the best in all PB games i think.
--
"Light thinks it travels faster than anything but it is wrong. No matter how fast light travels, it finds the darkness has always got there first, and is waiting for it."
Terry Pratchett, Reaper Man
Quote

August 4th, 2020, 05:32
I really disliked the combat in the preview demo. But their punch list looks promising.
--
If I'm right but there is no wife around to acknowledge it, am I still right?
Quote

August 4th, 2020, 06:45
Well I said this many time before. Gothic 1 and 2 are the some of the best open world games I ever played. The graphics aged, yes but the world handcrafted, the verticality is still there, the story (up to a point, lets not talk the final of Gothic 1), the NPC and interactions with player, the NO RESPAWN, interactions between species, hidden places (all with it's own story). Also yes I am one of those who played even Gothic 2 with the old controls (multiple times, such good times), I find them very good once you understand the mindset behind them and are so much better then the shit in the demo CLICK CLIKC
And finally, even if noon of the things above were not true, I wold always pick a world that lets me role-play in it then one that calls me the hero in the first hour.
Quote

Get those rose tinted glasses off.


loading…
Even the third game is showing it's age, and new players use the graphic mod.

What ? You don't like the block hands in Gothic I ?

August 4th, 2020, 10:16
that demo was an atrocity compared to the games
--
Favorite Game: Gothic II
My steam profile
Quote

August 4th, 2020, 11:29
For me, Gothic 1 and 2 are among all-time best RPGs. I know some people had/have problem with controls, combat and not-AAA graphics. But these arguments are completely irrelevant, because they represent minor flaws that pale before greatness these games are reaching as a whole.

Gothic 2 is my most replayed game of all time. I must have played it more then 10 times from start till end, trying different builds, different factions, both without and with expansion.

With this level of affection, Im afraid no remake can reach satisfactory level. It was never about the graphics anyway.
Quote

August 4th, 2020, 17:58
I never got into the Gothics either despite many attempts. However, I enjoyed the Risen series quite a bit. The big thing for me was that you couldn't choose a magic path until the game was half completed. I'm not into melee combat at all.
--
c-computer, r-role, p-playing, g-game, nut-extreme fan
=crpgnut or just
'nut @crpgnut
aka survivalnut
Quote

So sayeth a troll. Come back when you can speak more coherently..

I never got into the Gothics either despite many attempts. However, I enjoyed the Risen series quite a bit. The big thing for me was that you couldn't choose a magic path until the game was half completed. I'm not into melee combat at all.

I enjoyed the Risen games and even Elex. Seems everything PB makes will be compared to Gothic. Newsflash you'll never see another Gothic. Time has moved on.

Also the developers of Gothic have officially stated they have no desire to make more.

What ? You don't like the block hands in Gothic I ?

No add that with a bad UI and controls you get the picture.

You missed nothing as the first two haven't aged well, and have bad controls. It's been almost 20 years. Hence the reason why many use mods to enhance the graphics.

Bottom-line I enjoyed the whole series even Arcania, and I welcome these remakes.

Tried playing the first two but I quit. Controls are absurd for one thing and hype for it here is over the top, especially regarding the graphics. Couldn't even target and hit anything from what I remember.

If they straighten that out maybe I'll give this remake a try if it gets finished.
--
Developer of The Wizard's Grave Android game. Discussion Thread:
http://www.rpgwatch.com/forums/showthread.php?t=22520
Quote