May 23rd, 2013, 04:48
A lot of the PS2 games can be emulated on a decent PC with decent graphics card and a little effort so I think that option enables some talk. I would say that most classics are on the PS2 anyway though they are really starting to age.

I seem to recall trying Suikoden 3 with PCSX2 at one point though did not complete (already played on PS2). Its one of my favorite especially in that series. I know I've played some of my Final Fantasy games on the emulator. Also I bought Xenoblade for the Wii and played the whole thing with Dolphin as I dont own a Wii. I'd recommend Shadow Hearts 1&2, Xenosaga 1-3, Persona 3&4 and Final Fantasy games in this vane.

Alas Lost Odyssey was great but cannot be emulated and something I would recommend to Western RPG fans if they wanted something to try.

I loved the Last Remnant at the time and the PC edition actually has more content than the Xbox version though most is late game or new game+ stuff.

Disclaimer: I had a CodeBreaker for PS2 which allowed me to dump the bios of my console otherwise its legally questionable. Dolphin does not require a bios dump.
Quote

Most stuff are still japan-only, but there is Etrian Odissey IV and the SMT: Devil Summoner port now.

I'm not a huge Fire Emblem fan, are there any others that I should look for?

Errrm, I don't follow the 3DS so I don't really know much about the games library. Sorry! Hopefully, somebody more knowledgeable can offer recommendations.
Quote

May 23rd, 2013, 12:53
One relatively old Japanese game that got a PC release was Shadow of Destiny/Shadow of Time (depending on where you live). It was a simple adventure game that had multiple endings and actually allowed you to make some decisions along the way (closer to how Fahrenheit/Indigo Prophecy did it than how The Walking Dead did it). 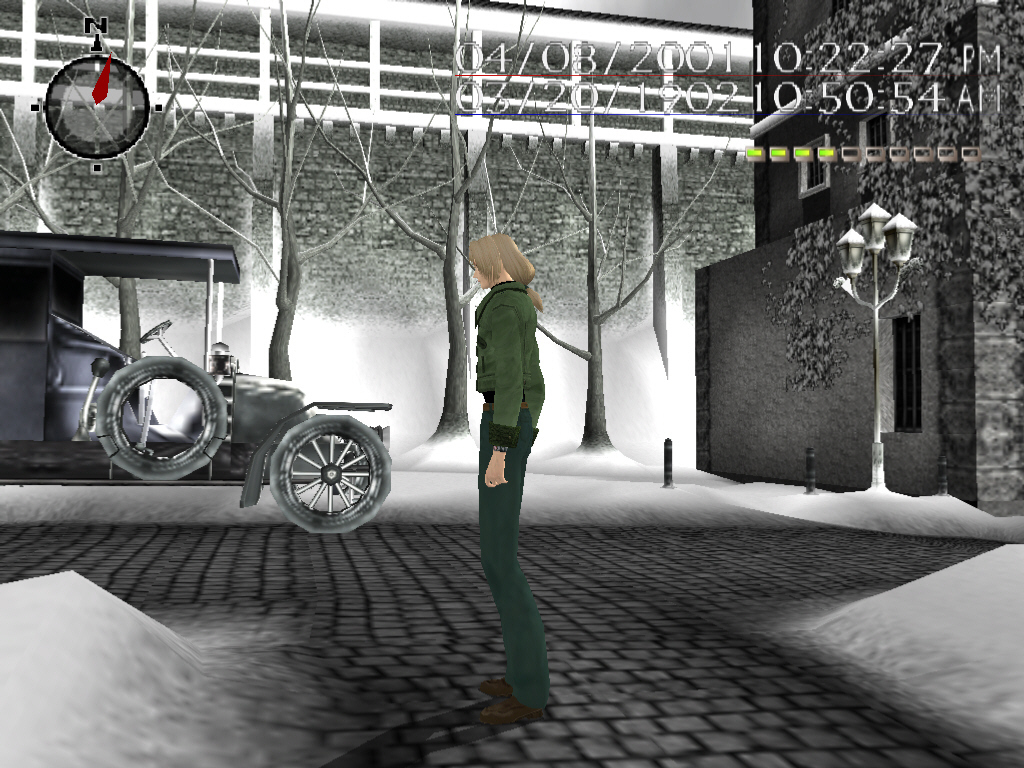 I guess The Spirit Engine 2 counts as a jRPG, or at least a hybrid. It used to be a commercial game but it's now freeware. Basically it's a side-scrolling, party-based RPG with real-time exploration and phase-based combat. I haven't completed it, but so far - about 10 hours in - I think it's quite good (I've read it's maybe 12 hours long). It's not fantastic, but definitely worth a go for someone who likes the concept. The story, combat and characters are it's strongest points. I *think* it works on Windows 7, even though the site doesn't mention it (it states 98 - Vista).
http://www.thespiritengine.com/tse2-download.php 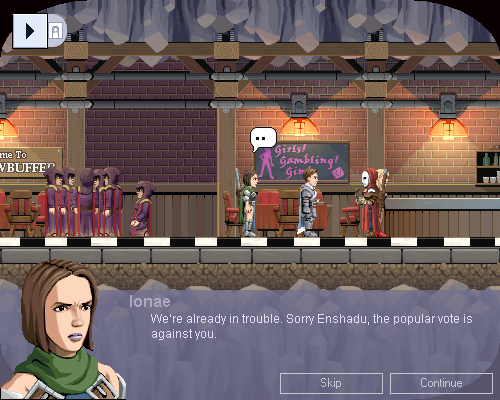 Also a game I haven't completed yet, but would still recommend. It's an action-adventure in the Zelda tradition, created by a Japanese developer called 'Buster' (probably his nick). It's freeware. Works on XP and 7, don't know about Vista.
http://freebie-funland.blogspot.dk/2…-paradise.html

May 25th, 2013, 23:37
Shadow Hearts 2 was definitely fun. It seemed weird at first. I mean… what's this hot, young girl doing as a sergeant in WW1 Germany!? It eventually became clear that the game wasn't taking itself all that seriously, though, once the wrestler/vampire guy showed up.

Lost Odyssey was good except for that early boss battle at the top of the mountain. Actually, the whole game up to that point was fairly mind numbing. It got quite good after that, though.
Quote

Is a good game, if a bit dated and with a heavy "PS1" feel. If that's a downside or just a bit of charm, is up to you.

August 9th, 2013, 03:09
Most impressive… but I never thought that people didn't care about them, just that there's a lot of prejudice and laziness, both on players and developers/publishers sides.

August 9th, 2013, 08:06
My radar (unfortunately) just caught an odd piece of news - there seem to be people planning to start a Kickstarter project called Project Phoenix, a JPRG RTS hybrid, in three days.

You might ask, Yet another JRPG-themed project? However, according to the press release linked to their twitter account, the story seems to be bit different or weird.

TOKYOProject Phoenix today announced their intention to set up a Kickstarter to develop a Japanese role-playing game (JRPG) combined with Real Time Strategy (RTS). Uniting top developers from the East and West, Project Phoenix is the brainchild of game developer Hiroaki Yura, the founder of Creative Intelligence Arts. This fresh take on the JRPG genre features the art direction of Kiyoshi Arai, who brings experience from Final Fantasy XII and XIV, and music headed up by Nobuo Uematsu, the legendary composer of the Final Fantasy series, marking Uematsu's first-ever commitment to an independent game project.

For 25 years, Ive been working on a lot of video game music like the Final Fantasy series. This is the first time Ive worked on an independent game, says Uematsu, Project Phoenixs lead composer. Although its fun to create a game within a large company, Ive always been interested in being able to work in a small, passionate independent games team. Im really looking forward to it.

The development team members have an impressive array of credits, including the Final Fantasy series, Halo 4, Crysis 3, L.A. Noire, World of Warcraft, StarCraft II, Diablo III, Soulcalibur V, Disappearance of Haruhi Suzumiya, Steins; Gate Fuka Ryoiki no Deja vu, and much more. Several of the members are yet to be announced, including a secret designer from a leading anime mecha title that changed the course of Japanese pop cultures influence in the world.

The Project Phoenix Kickstarter is seeking $100,000 to fund the programming and artistic development of the game. Backers have the opportunity to secure digital and limited edition physical copies of the title, along with the chance to be featured as non-playable characters such as a bar owner with their own personal musical theme composed by Uematsu. Stretch goals also include the creation of additional areas, graphics and cinematics, as well as the talents of Grammy Award-winning sound engineer John Kurlander (Lord of the Rings trilogy, Skyrim, The Beatles) and the Eminence Symphony Orchestra bringing the music of Uematsu and his co-composers to life.

Honestly, I don't reckon any of them and I cannot even imagine what would become of this projectto me, it sounds almost surrealistic Just in case some may be interested.

August 9th, 2013, 14:56
This seems like the best place to ask. Has anyone played Asguaard or the Laxius Force trilogy? Gamersgate has them on sale but I'm still on the fence.
Quote

This seems like the best place to ask. Has anyone played Asguaard or the Laxius Force trilogy? Gamersgate has them on sale but I'm still on the fence.

Got Laxius Force in a bundle, and decided to give it a shot. I hated it. Not because of the JRPG combat (it was passable), but because of the writing. So much text, and it was so uninteresting and poorly written. I did not get super far into it, mind you, so it might get better after a while, but the parts that I played were just not fun.
Quote

But are you manly enough to get past the challenging tactical battles it offers?

Sold. If it's not console/phone game and if I find it in any digital store.
If not… Well… Won't be the first retail disc I've payed to be smuggled to me.
--
Toka Koka
Quote