Kojima always was a weird guy, no wonder his games are love or hate for many.
I loved some of his earlier games, especially Metal Gear Solid 1+2. Third I didnt finish and with fourth I still have them in backlog of my PS3. MGS5 I played on PC and didnt finish. It was too stretched out I think, and gameplay wasnt good enough to carry that burden. My opinion, anyway.

Death Stranding looks so alien its disturbing. I really wander if gameplay will be able to keep up the pace this time. But it all looks so weird Im almost inclined to go first day for it, just to see for myself.

Anyone looking forward to this as well?
Quote

May 30th, 2019, 13:04
When I look at this I see next generation (or level) gaming and story telling (unlike incremental development in other games).

Very impressive premise, cast and mechanics which are all Kojima signatures.

My only gripe with most of his work is the long cut scenes where control is taken away from the player to advance the story.

By the way here is the Eurogamer link without age restriction: https://www.eurogamer.net/articles/2…-out-this-year

May 30th, 2019, 13:37
Yeah I don't know as I still have no clue as to what the hell this games is. All I know is it's something about death and a cast of different characters. That's about it.
--
Let it be said the Court of Public Opinion is all About Mob Justice not Law & Order"
Quote

By the way here is the Eurogamer link without age restriction: https://www.eurogamer.net/articles/2…-out-this-year

Thanks for the link, I don't want to be logged on YT more than necessary.

About hair galore, we've already seen it in HZD. Decima can pull 2-3 properlooking haircuts on screen at the same time, but the rest of trashmobs need to be either bald or with hats/helmets. Or out of visible part of the screen. Or heavily blurred.
Dunno how they pull through more than one on the rubbish hardware and still keep steady 30FPS, but then again it's EA/Ubi/Warner/Konami's shame who are incapable of doing at least the same thing on PC with 60FPS.

Other than that, nice 2 cellos(ish?) touch. I do love the trailer, while it lists characters, doesn't spoil the game anyhow, will create buzz and makes me wish to play that game. Sadly, that will not be possible - I have an alergia on mushrooms. Plastic ones.


Death Stranding is only a timed exclusive on PlayStation 4, and will come to PC – not Xbox – at a later date. That’s according to Antonio Fucito, an Italian games journalist who revealed the game’s November 8 release date a day before it was confirmed in a new trailer yesterday. Plus, his Twitter avatar is a photo of him with director Hideo Kojima, so, that’s got to count for something. Probably.

If this rumor is true, that would mean two things.
Kojima did not allow MGS5 to be an unoptimized rubbish on PC thus would never bless a PC port if there will be performance issues and thus PC should see DS in 60 FPS.
Another thing is if Decima can work on PC without hiccups, then we'll be getting HZD too for sure.

If Sony wants my money, and they do, it's only a matter of time I guess.

EDIT2:
Pic proof something is cooking? 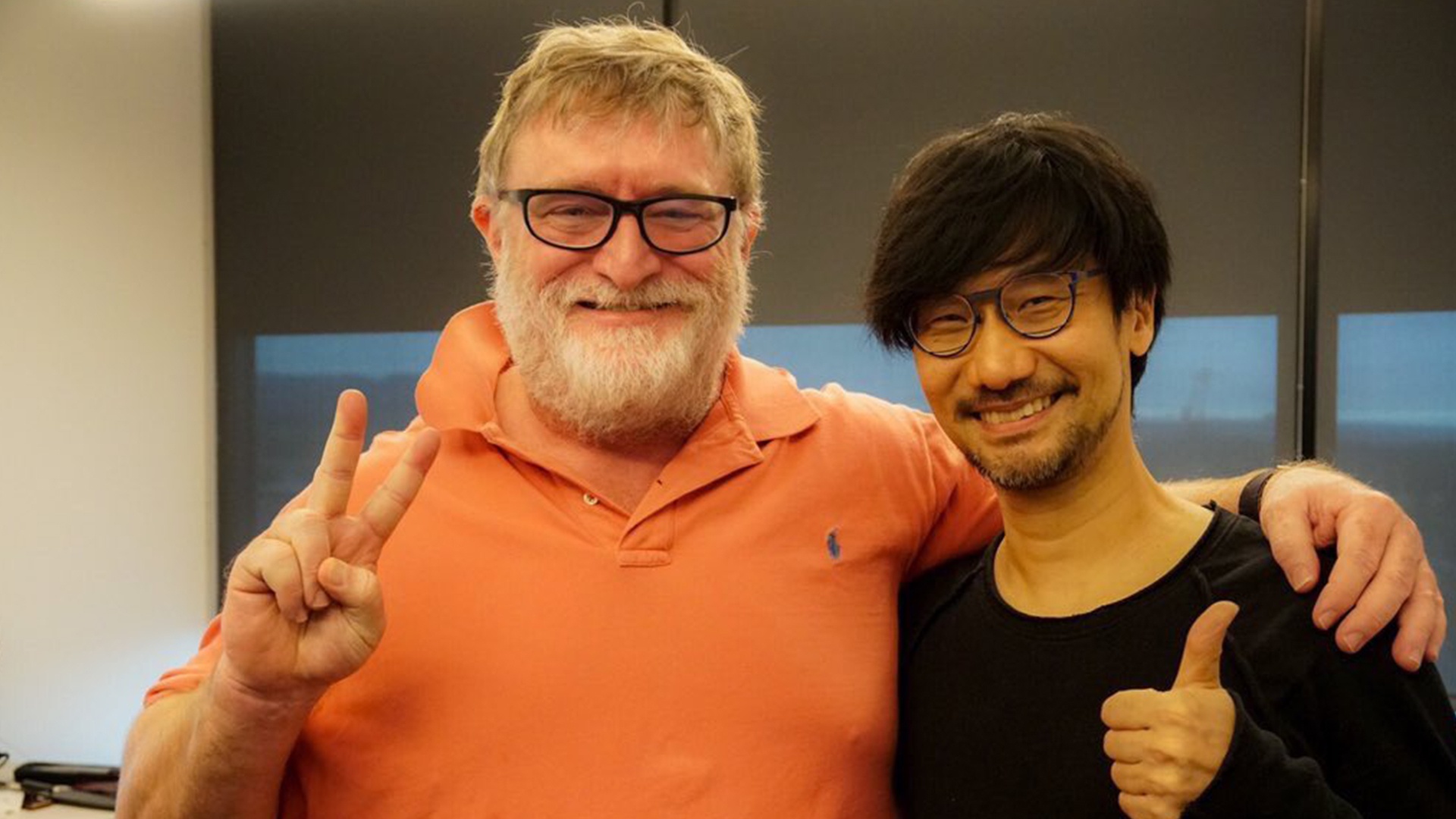 
Death Stranding will feature asynchronous online multiplayer, allowing players to help one another out without interference. Oh, and you can’t die in the traditional sense.
Additional gameplay details for Death Stranding have been provided, shedding light on the title’s social multiplayer feature.
According to the game’s official page, you will be able to help other players “without ever crossing paths.” Via asynchronous online gameplay, you will be able to send and receive supplies, share safe houses, and “walk in the footsteps of fellow couriers.”

If I'm reading right, do please correct me if I'm wrong:

1. You are not scammed into registering on Facebook and noone can steal your data
2. Just like in Facebook cowclickers, you can send stuff to (or receive from) people
3. The game is otherwise a proper singleplayer videogame and not cowclicker

For god's sake why noone else made this already? I'd buy such "mmo".
Oh but it's easier to say that Kojima is an overrated charlatan, right?

The new details also mention you won’t die in the traditional sense. Instead, should you meet your demise during combat, you’ll find yourself in an” upside-down realm.” Here you will be tasked with “searching for a way back to the living.”
Killing your enemies in the game is also “almost never the solution,” according to the description. And apparently, every death will carry a consequence.

Again not something new but an improved idea. Venetica and some another ancient vampire game with realms changing had this, can't remember instantly others, but the task before returning to normal world was always to kill something. It was never trying to avoid killing because consequences.
Venetica+Dishonored = why does this game have to be consoles exclusive? Is there a god? What did I do to piss him off?
--
Toka Koka
Quote

It does sound purely single player with non-intrusive online elements (probably similar to the messages and ghosts in Dark Souls).

The game you were thinking about where you have to battle in another realm (and actually exploit the other realm to access areas) is Legacy of Kain.
Quote

June 1st, 2019, 22:03
Something worth paying attention to. Kojima's "genius" is usually 95% complete nonsense/5 % really interesting and provocative dialogue and themes.
He kind of throws in everything he comes up with and it just ends up a bizarre mess in tone, pacing, and ridiculous plot twists.
I'm not sure about the gameplay: looks veeeeeery labor-y. ( MGSV turned a real chore after a while), gunplay sounded a bit too thin ( that brief WW1 segment)
--
Rush in and die, dogsI was a man before I was a king.

June 1st, 2019, 22:49
MGS5 is not supposed to be Doom.
There was no chore anywhere in the singleplayer - only those who wanted 100% the game needed to replay previous episodes.
The multiplayer part called FBO however was horrors of chore thus a player should never let the game go online.
--
Toka Koka
Quote


As noticed by vestan over on the Resetera forums, Death Stranding is no longer listed as a PS4 exclusive—and yes, it used to be: The Wayback Machine indicates that as recently as May 26, it was in the list of PS4 exclusives.

That listing is from PlayStation's Australian site, but it's also gone from the UK, Portugal, France, and Germany—it's been removed across the board

If this means the game is definetly coming to PC, I'm buying it.

Posted before, if DS can be ported easily on PC, there is no reason to believe we won't see HZD too (same engine) in which case my wallet will dry up.