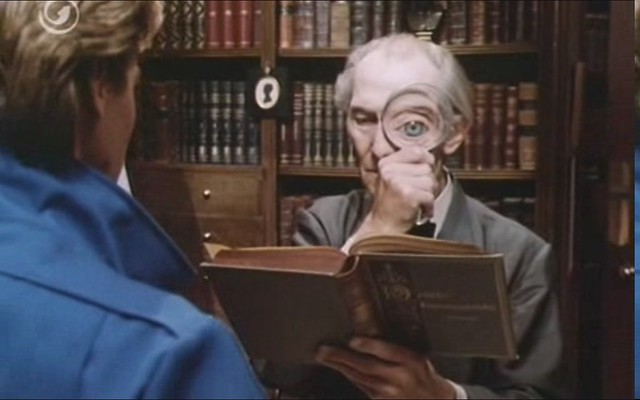 A neo-noir crime drama with a great cast and an interesting setting. It takes place in the near future where global warming has caused sea levels to rise enough to flood the coastal regions in the U.S. Most of the action takes place in a Miami that's half under water.

I enjoyed it. The plot wasn't anything special, but it has a bunch of actors I like. It was directed by Jonathan Nolan and Lisa Joy who created the Westworld TV series.
Quote

August 23rd, 2021, 11:47
This weekend I watched Legend, which is about the Kray brothers, who were celebrity criminals in London in the 60's. Tom Hardy played both of the Kray brothers (they were twins) and as usual it was a pleasure to watch Tom Hardy and how he managed to make these two brothers so different.

The movie itself wasn't that great, but as Tom Hardy was, I enjoyed it anyway.
--
In the beginning the Universe was created. This has made a lot of people very angry and been widely regarded as a bad move. Douglas Adams
There are no facts, only interpretations. Nietzsche
Some cause happiness wherever they go; others whenever they go. Oscar Wilde

Wasn't in my plans, but I like noir and am interested to see what could will happen to your neighborhood in the future (

Gimme a few days though, I'm currently obsessed with (yet another) certain korean thriller series and don't have enough time to binge all 16 eps.


A word of warning on Sweet Girl.
I was hoping for a juicy revenge thriller against corruption and got hollywood's usual mediocrity.
Characters are dull, the story is pathetic and dialogues tend to be classically dumb (example, when you start the car do you say to whomever is with you "hold on"?).
There are also badly made scenes. An example, a train full of people, a fight starts, suddenly the train is completely empty. What, Scotty beamed them all up?
--
Toka Koka
Quote

August 23rd, 2021, 17:25
I agree with you about Legend, Myrthos, I thought the premise was solid, yet the writing and some of the character interactions were fundamentally lacking in so many ways, it totally weakened the film. Though, as you said, Hardy's performance was quite excellent.
Quote

It was ok. It's hard for me to get into animated films, but I actually finished this one. It's a story about the witcher Vesemir in his younger days. The animation is good enough I guess, but I found the writing so-so. It's probably worth a view for most fans of the IP, but I wouldn't call it a must-see.
Quote

Animation is barely acceptable and I have no idea why Netflix hired a korean studio for it, last time you saw a spectacle of animation from South Korea was when?
It looks on par with dirtcheap ugly DC/Marvel superhero nonsensical 10-15 FPS animated movies thus don't expect Pixar/Platige/LightChaser brilliance.

Monsters concept is boring and all feel like already seen everywhere, which is horrible as we loved videogames for monsters originality.

Writing however is IMO very good. I've expected a typical dumb script with unbelievably stupid dialogues, but got pleasantly surprised.
It could have been better definetly, but compared to most of "Netflix original" titles, this one turned out great.
--
Toka Koka
Quote

August 25th, 2021, 21:41
After being told for years that I should give the John Wick film a chance, I did so last night. It was ok. I have a real issue with Reeves these days after seeing him open live for Sandler some years ago, yet the additional cast in the film really drew me in and made it better than I thought it might be. I'm not sure I'll venture onto the second one.
Quote

August 25th, 2021, 22:06
The second John Wick movie is pretty much the first one, just without the whole dog thing.
Quote

August 25th, 2021, 22:24
If you want to see a similar movie that's more grounded, watch Nobody. I thought it was better than the Wick movies. It's less ridiculous at least.
Quote

If you want to see a similar movie that's more grounded, watch Nobody. I thought it was better than the Wick movies. It's less ridiculous at least.

Which considering it stars 58 year old non-action star Bob Odenkirk, is quite the accomplishment. I haven't seen it yet, but I added to my queue last week after watching a very glowing review video.
Quote

It took itself even less seriously than John Wick, and it's kind of a middle-aged superman fantasy; I know it's going to put my back out, but I've just got to do it.

August 26th, 2021, 03:42
I saw Nobody a few months back, enjoyed it immensely. Then again, Odenkirk can do no wrong in my book. And yes, I'd say it was much better than what I viewed last night. Not even a close contest!
Quote

Wick franchise = made for petlovers only.
Nobody = made for everyone.

"Does this movie take place in the John Wick Universe?

Despite the film being written by John Wick creator Derek Kolstad and the similarities between Wick and Hutch (both being highly trained assassins), there is no obvious implication that this takes place in the John Wick universe. In a recent interview, Kolstad did hypothesize a crossover idea that would just consist of Reeves' and Odenkirk's characters briefly nodding to each other in a passing fashion, so who knows what could happen in a future film…"
Quote

A cop drama starring Mel Gibson and Vince Vaughn among others. It's a long movie with a slow burn. It feels like a Tarantino flick at times with a lot of dialogue broken up by some visceral action sequences. I thought it was really good for the most part, although I didn't care for how it ended. Definitely worth seeing if you like the cast.
Quote

August 29th, 2021, 22:14
Dog Day Afternoon. I randomly stumbled onto this ‘75 movie with Al Pacino. Pretty solid overall. It also has one of the youngest roles for Lance Heriksen. I almost didn’t recognize him.
--