A coming of age story that sets the protagonist and his friends on a journey kickstarted by a chain of serial murders. Explore meeting kindred spirits, feelings of belonging, and even confronting the darker sides of one's self.

With an overall Metacritic score of 93 and a multitude of awards, fan-adored Persona 4 Golden stands as one of the finest RPGs ever made, delivering on enthralling storytelling and quintessential Persona gameplay.

Persona 4 Golden on Steam is best experienced with a game controller.

June 14th, 2020, 20:20
I love persona games….they are so different yet interesting.
--
If you don't stand behind your troops, feel free to stand in front.
Quote

June 15th, 2020, 05:05
I don't know anything about this particular game, as I've only played the first two games in the series. Time for me to do some research!
Quote

June 15th, 2020, 10:14
Never played any of the persona games, so I'm curious. Would my fellow watchers recommend this to someone who enjoyed quite a few J-rpgs?
Quote

Personally (heh), I found P4 better than P5, because the game is somewhat smaller in scope, hence its pacing is way better (P5, while being a great game, has a lot of filler)
Quote

I don't know anything about this particular game, as I've only played the first two games in the series. Time for me to do some research!

@Ripper mentioned Persona 5 which I saw the gameplay vid some ages ago and it's visual presentation caused me eyecancer. I'm not gonna buy that game if and when it gets ported.

However, I saw Persona 4's stills on Steam and it looked much more decent (remember this is an ancient game from Nintendo Gameboy or something so it can't look modern, but at least it didn't hurt my eyes) so I bought it.
I'm a few hours in it and it presents itself as a visual novel on steroids, but so far there's nothing extraordinary, in fact I can't say I like the earlygame.

1. You meet a sort of mysterious person that looks degenerated which is okay. What's irritating is the name. Igor. This is not supposed to be another Hollywood's cold war movie where anyone ugly or hunchback has to be named Igor (russian name). 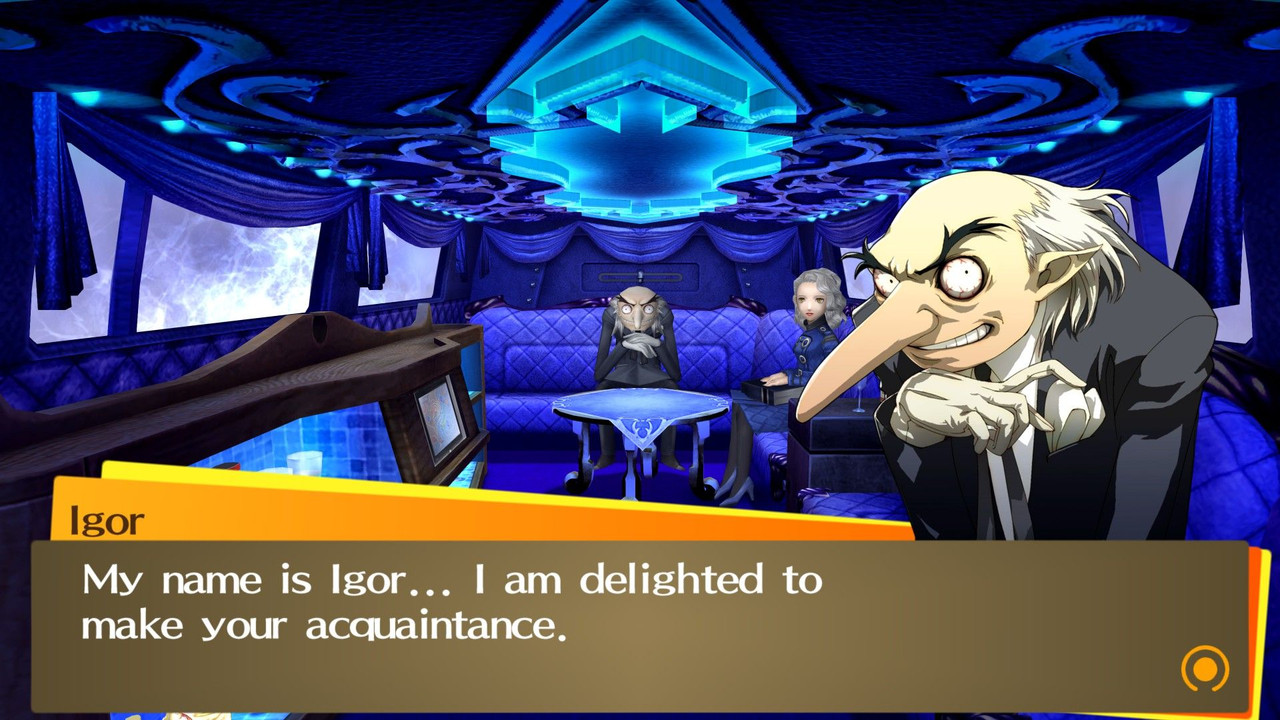 2. More of an annoyance than an actual criticism. Seeing manual checkpoints in 2020 is kinda… A letdown. Okay, it's a port of an old game from hardware that couldn't afford proper save on exit or something similar: 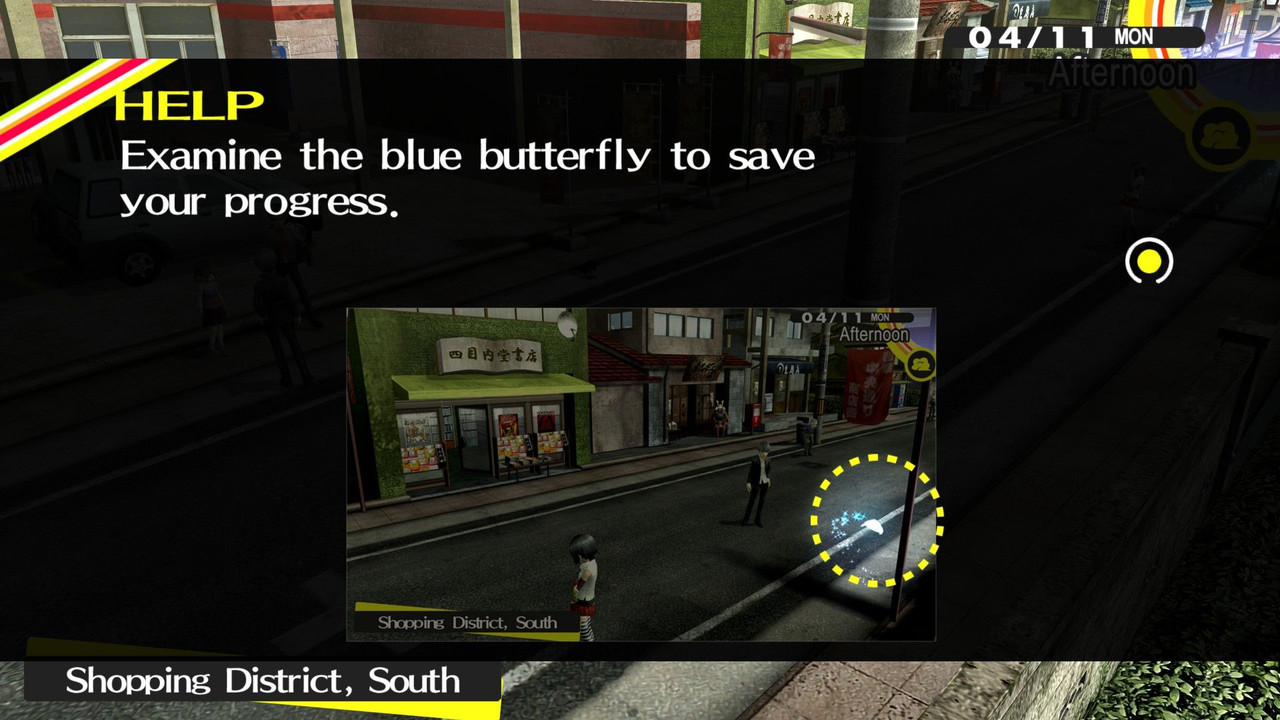 3. Stills aesthetics is inconsistent. Among very detailed characters, here's an example where low quality of drawing is used to represent creepyness: 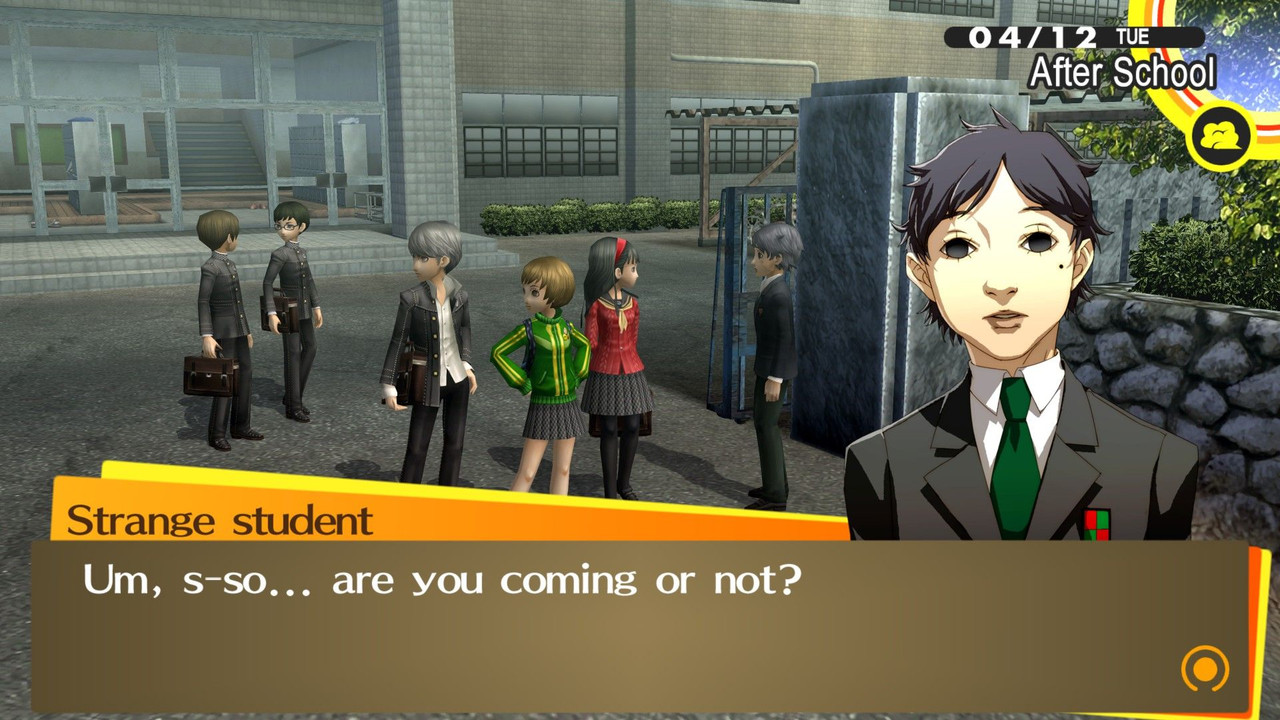 4. Mouse can't rotate the camera in dungeons - you need to use Q/E for that and it's slow as ME1 elevators. Also, there is no map in those dungeons, just a minimap that is almost useless in the corner of the screen.


In short, I'm not impressed even a bit with earlygame. So far I'm following a linear story, here's hope the stuff get more interesting soon.
Without knowing more I can't recommend this game unless you adore visual novels in which case the execution in Persona 4 will feel interesting. If things in the game change for the better however, I'll post again.
--
Toka Koka
Quote

Thanks for your opinions. I'm at least more intrigued. I'm a little wary of relationships and how they are portrayed in JRPGs, but I'm alright with feeling a bit embarrassed about a game.

June 15th, 2020, 18:48
I played Persona 5 on the console and I really enjoyed a lot of it. My issue though was the difficulty level. If I put it to normal it was way too easy. If I set it to hard wandering monsters would wipe me out in a single round and boss fights were impossible. There really needed to be some kind of middle ground.

But if they could have fixed that it would have been amazing, it was very creative and had a lot of interesting background and out of combat things to do. I'll be curious to hear how this one shapes up.
Quote