Analysis - Bethesda's Next RPGs and Nemesis

Bethesda Needs to Learn From Shadow of War's Nemesis System

The open worlds of Starfield and The Elder Scrolls 6 could greatly benefit from the dynamic storytelling of Shadow of War's Nemesis system.

The Nemesis System was developed across Middle-Earth: Shadow of Mordor and Middle-Earth: Shadow of War, creating dynamic stories with otherwise procedurally generated orcs by factoring in their relationships to one another, their ever-changing loyalties, their fears, and their desire for revenge. Although the system was patented by Warner Bros, it hasn't stopped the games' innovation from pushing other developers to find creative new ways to tell dynamic stories in their worlds.

Bethesda in particular could learn a lot from the Nemesis System as it embarks on two major projects which will determine its success in the 2020s. Both Starfield and The Elder Scrolls 6 need to figure out ways to take their open worlds to the next level while still focusing on the freedom that defined earlier Bethesda titles. Mechanics which create their own stories like Middle-Earth: Shadow of War's Nemesis System could be exactly what the studio's upcoming projects need to forge a path into the future.

August 25th, 2021, 01:32
Dynamic story telling???
Is that how they are spinning the crappy nemesis system that shuffles some random generated name into a hierarchy position and pulls a couple of 'traits' from a finite list?

I hope Bethesda doesn't touch that crap. Its not worth the license they would have to pay to WB. Ugh. I can't believe someone would think this is a good idea.
--
How about all games have a single huge lootbox you pay for up front that contains all the options, items, skins, unlocks etc? I'd pay for that!!
Quote

August 25th, 2021, 02:44
Low bar for "story", though incorporating some system to give bandits and such more personality would be welcome.
Quote

I hated the Nemesis System. All it did was make you defeat the same upgraded grunt who becomes a war-chief with better stats and skills. It was overrated.

You basically killed the same grunt who never seems to die.
--
"Wise men speak because they have something to say; Fools because they have to say something." & "What is the secret to eternal happiness? To not argue with fools."
Quote

You basically killed the same grunt who never seems to die.

That's the point! It was meant to give opponents some history, a way for them to evolve throughout a game like the player's character does. I think it's a good idea. As it is, there are two types of characters in RPGs: cannon fodder you kill by the score, and named antagonists who you can't/don't fight until the very end of the game.
Quote

August 25th, 2021, 03:36
Yuck. No thanks, unless you are attempting to scare me off future products, in which case I would say, well done!
Quote

August 25th, 2021, 03:47
Why do I read that and think, "procedurally-generated game world". I can't say I'd be thrilled to hear them following that path.
Quote

Why do I read that and think, "procedurally-generated game world". I can't say I'd be thrilled to hear them following that path.

That's how Starfield and the next Elder Scrolls will be developed. As Tod talked about some new tool that allows them to procedurally generate parts of the game world.
--
"Wise men speak because they have something to say; Fools because they have to say something." & "What is the secret to eternal happiness? To not argue with fools."
Quote

August 25th, 2021, 04:31
I don't see Bethesda going back to procedural generation for the landscape, at least not in TES. They haven't done that since Daggerfall, and I suspect the reaction would be largely negative. I could be wrong, but I hope not.

As for Starfield, they did say it would be a mix of procedural generation and hand-crafted areas, but they haven't elaborated much on that. They're already hinting that it's going to be their largest game yet which makes me kind of nervous.
Quote

I have mixed feelings about this (theoretical) suggestion too. I do like the idea of having more outcomes of combat, a cowardice / brave gradation, it was fun in Shadow of Mordor. Imagine one NPC fleeing instead of blindly fighting you, if he'd heard about your exploits (as long as the C&C follows in the story).

On the other hand, I would be afraid that Bethesda implement it into their Radiant AI as another procedurally-generated content for NPCs and quests, at the expense of the story.

In any case, I don't think they could or should use the dynamic enemy hierarchy part, I'd rather have hand-crafted NPCs with their own, original background, and personalized conversations with them. Maybe they could find a way, by taking many outcomes into account… but even then, the goal shouldn't simply be to defeat an army, I hope it's something else and more captivating.
Quote

August 25th, 2021, 16:19
I agree with Redglyph, I would like to see more outcomes of combat instead of just combat til death. I think something like the nemesis system could spice things up in that case. What I wouldn't like to see is what Couch mentioned, the boss I decapitated 3 hours ago coming back from the dead with vengeance. I didn't play Shadow of War, but in Shadow of Mordor it did become repetitive after a while. Still it did show potential and was fun for the first 5, 6 times it happened. I think they need to add more variation to the system so you don't see the same thing happening multiple times.
Quote 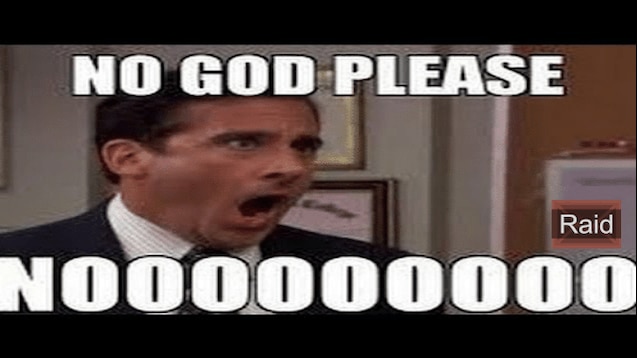 --
Add me as a friend on Steam: https://steamcommunity.com/id/axellslade
Quote

August 26th, 2021, 10:28
Everyone is praising Wildermyth for its dynamic story telling. Maybe they should get inspiration from them instead. (Still have not played it myself sadly)
Quote