October 21st, 2020, 13:51
Sands of Salzaar has been reviewed by CogConnected who call it uninspired.


With one of the biggest difference between Mount & Blade and Sands of Salzaar coming down to the fantasy combat in Sands, I was excited to try out the combat more than anything. Unfortunately, what I found was clunky and terribly uninspired.

There are many classes and each of them have many spells, but unfortunately, there is nothing to the skills than just damage nukes and mobility on a cooldown timer. It really felt like a cheap MMO, where rather than testing your ability to save your resources for critical moments, spamming everything off cooldown is usually the most effective strategy. 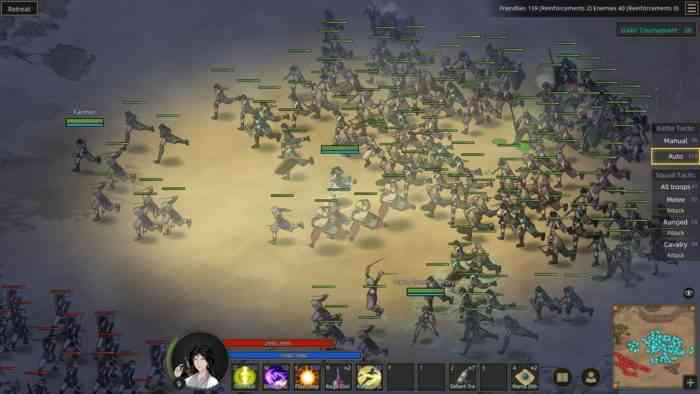 In addition, there aren't interesting combinations of spells you could concoct, as it didn't feel like thoughts were put into the game for creating cohesive builds. This is made even worse by the fact that you are railed to a single skill tree from the class you picked at the beginning.

Now, that may not sound like a big deal for a conventional RPG, but with the selling point of a sandbox, open-world, RPGs being that openness, I found it quite disappointing that you pick who you are going to be at the very start of the game, rather than building up to that hero. I truly wanted to be able to come from nothing and find abilities as I go. What's the point of pretending like you are just one tiny piece in this world when you are born with greatness in the first place?

October 21st, 2020, 15:15
Battles are definitely the weakest part of this game, at the moment. Especially the larger ones. Trying to "command" your army is a joke. They all feel like a terrible mess where you spam your skills and have little impact on the outcomes. They really need to work on this again before I give the game another try.
Quote