What is Night Job?

Night Job is a dark 2D role-playing adventure game that is focused on telling a story in which your decisions impact the outcome. We've developed a deep storyline to immerse yourself in and a variety of characters who will want to help & harm you during your journey. Animated cutscenes will allow you to see deeper into the world and learn more about the characters as the game advances. The game is being developed for the PC running Windows.

You work a night job cleaning crime scenes. You thought no mess was too dirty for you to tackle. Now a serial killer runs loose in your city, and you're the only one cleaning up after him. He won't stop killing. It feels like he's taunting you with messages hidden in the crime scenes. Is there a meaning behind all the murder? Who can you trust? How far will you go to expose the killer? 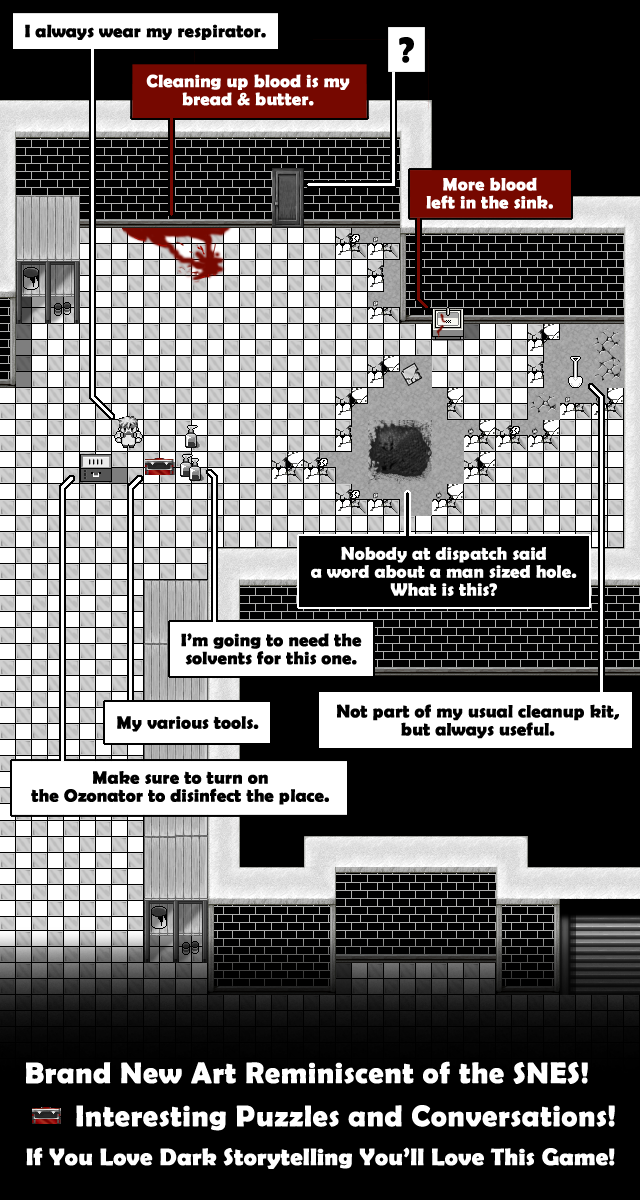 The gameplay will be centered around the decisions you make and overcoming puzzles. It features a dark concept with a theme of mystery which is supported by a custom soundtrack. It has pixel art gameplay in the classic JRPG style with 2D motion comic animated cutscenes. The cutscenes will include voice acting and composed audio.
Quote