Wranglers of Westhallow (for D&D 5e)

July 26th, 2019, 16:28
Folks, I would like to intorduce you to the Wranglers of Westhallow kickstarter that just launched!

Wranglers of Westhallow is a lightly humored, spaghetti wild-west themed adventure series designed for the Dungeons and Dragons 5th Edition (OGL) rule-set. It is jam-packed full of pop-culture references, parody, thematic and often hilarious situations, and super interesting and colorful characters that will stick with you for life. 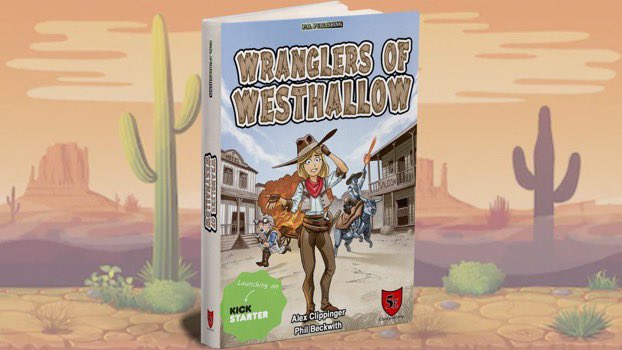 Initially there are two adventures already written, and edited. If this funds, there is a high likelihood that a 3rd and maybe even a 4th adventure could be added to the rewards as stretch goals.

Set in a world of medieval fantasy, Westhallow is a town like no other. Thanks to a clock-work construct gone haywire, and a mysterious yee-hawing gunslinger shaped spirit, the good people of Westhallow have been subject to a radical shift in culture - albeit a forced one.

Things to Expect
So if this sounds like a barrel of laughs for you and your gaming group, mosey on over to the kickstarter page at the following link and thow some support behind it!