I think this belongs in the horror thread ! I wasn't expecting that

Well, you should know from the carnifex's post what squirrels are capable of.
--
Over the mountain watching the watcher
Quote

August 11th, 2021, 19:40
"Lehrer" means "Teacher" in German language.
--
"Any intelligent fool can make things bigger, more complex, and more violent. It takes a touch of genius and a lot of courage to move in the opposite direction." (E.F.Schumacher, Economist, Source)
Quote

I'd eat there. The menu looks good, too.

Yeah. And you get 10% off on your first on line purchase

pibbur who thinks the signs could be a good enough reason to go there, if it was in Australia.
--
Over the mountain watching the watcher
Quote

pibbuR who now (for a short time) completely occupies the Forum watch part of the front page and therefore feels a bit dArty.

PS. Another one: Always code as if the person who ends up maintaining your code will be a violent psychopath who knows where you live. DS.

pibbuR who realizes he should always 1) wear a hat and 2) keep a marmalade sandwich under his hat, just in case
--
Over the mountain watching the watcher
Last edited by pibbuR; September 2nd, 2021 at 15:00.
Quote 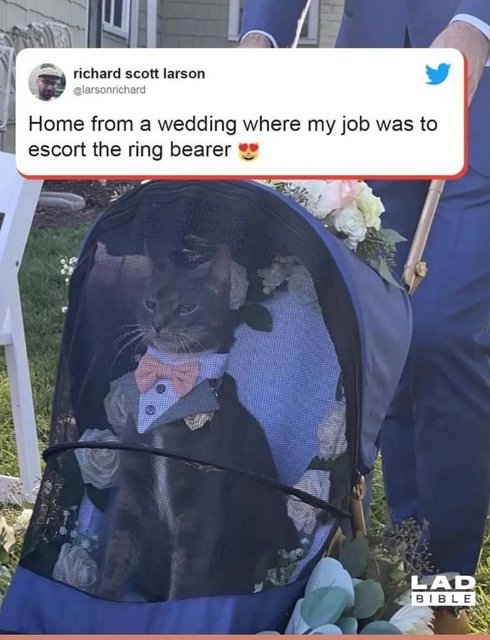 September 14th, 2021, 21:41
Obviously a squirrel was involved somehow in placing this feline in jeopardy!
Quote

The cat immediately savaged its rescuers, as per feline protocol.

pibbuRRRRRRR
--
Over the mountain watching the watcher
Quote

September 16th, 2021, 11:06
First a word of warning: What I write below is only mildly amusing (but, surprise, surprise, I like it). Those of you mainly looking for hilarious stuff can stop reading now.

I have previously recommended the codeproject. Partly because it contains a lot of useful stuff for programmers (and not-programmers interested in programming, if those people exist).

Another reason is that the comments under headlines in their daily news mail can be funny. Here are some examples from today:

Microsoft: Windows 10 2004 reaches end of service in December
Am I the only one that has trouble keeping track of the versions of "the last version of Windows"?

Uno Platform 3.10: Day-0 support for .NET 6 RC1, WinUI InfoBadge, Windows 11 Fluent(?) Styles
One platform to support them all, and on the desktop run them.

Spoiler – may be offensive to scottish people
What profession is coding like?
On a good day: music composer. On a bad day: bagpipe tuner.

pibbuR who, perhaps innefficiently, is losing weight (he is!) by other means.
--
Over the mountain watching the watcher
Last edited by pibbuR; September 16th, 2021 at 11:33.
Quote