September 12th, 2021, 18:11
Agreed, Redglyph. I much prefer to watch some of the real Bond flicks, with Connery, Lazenby, or Moore. Craig is decent in the role of Bond, yet the stories and other silly people in the current movies often seem jarring and mis-placed.
Quote

Apparently a new Matrix movie is coming out.

In it we see Neo adapting to a virtual zimmer frame as he learns to spin it on his left finger while his right hand holds his back.

Trinity is also back, having spent the last few years on a world cruise that involved being constantly chased by Agent Smith, who, having being fired by Robot-corp for continued incompetence, is now working for a local stray-dog shelter and charity.

Morpheus has been consigned to a nursing home run by The Oracle, where he happily consumes approximately 17 multi-coloured pills every night before bed. And when he wakes up and before every daily meal. The Oracle thinks he might last a couple more years at most.

The robots themselves are having increasing problems with both rust and constant 'upgrades' from their new management who have long since forgotten the point of the exercise and now seem happy to let people walk through walls and even drop through the floor. Agent Brown has been suspended over the statue of liberty for so long that a new religion has formed hailing her the 2nd coming.

I loved the originals, but I watched the trailer for Resurrections and could only feel like it's the biggest cash-grab of 2021.
Quote

I loved the originals, but I watched the trailer for Resurrections and could only feel like it's the biggest cash-grab of 2021.

Was it me, or did they actually get another black actor to "replace" Lawrence Fishburne as Morpheus? It's probably not gonna be exactly Morpheus, but I got the exact same energy as Fishburne. Not that he has a chance to overtake him. Fishburne was great.

Yeah, the movie is definitely giving off cheap knock-off vibes.

They should take a lesson out of George Miller's Mad Max: Fury Road, as to how to make a sequel 10+ years later. You need to get enough distance from the originals, and not just use nostalgia cheaply.
--

September 13th, 2021, 00:54
Yeah, really liked Mad Max: Fury Road. If you're going to make an action movie, that's the way to do it. I really appreciated the real stunt work. I found it made a big difference to how engaging it was, rather than one CGI sequence after another. I think that's the way to use CGI - you do real scenes, and then just use the CGI to erase the wires and supports. Works so much better.
--
"I cannot define the real problem, therefore I suspect there's no real problem, but I'm not sure there's no real problem."
Richard Feynman
Quote

September 13th, 2021, 11:01
Yes, on the topic of franchises that are rather long in the tooth and starring someone who's very much the wrong age for the role, the new Bond is indeed finally coming out!

I'll be giving the Bond a watch, though probably not the Matrix, as Bond movies at least have a certain level of quality assurance that, even if some aspect is shit, there'll always be some aspects which are top-drawer, such as stunts, set-pieces, set design, costuming, wit, babes, hunks, henchmen, locations and all that.

With the Matrix there's only so many times you can watch Neo beat up Agent Smith in slow motion and just adding more Smiths doesn't improve on or make it different enough to be interesting. I can't imagine the new one being so out-the-box that it'll be as entertaining as the first one again.
Quote

I've already talked about North By Northwest, but here's the other films in this series of films from his WB contract:

Probably my immediate favourite of the series, but then I'm biased as this one is one of his that is quintessentially British & might not translate well into other cultures, even American, as much of the humour is so British Twee.

It's an adaptation of a stage play, another format I particularly like, and is full of power-house actors from the era, including but not exclusively, Marlene Dietrich, Alistair Sim, Jane Wyman and Joyce Grenfell.

It's also full of really great directorial tricks and amusements, such as the curtain rising as the credits roll at the beginning & people talking referentially about how traditional murder mystery plots resolve while trying to solve the murder. Very 1940s meta.

Wonderful twist at the end as well as well as a unique Cole Porter song sung by Dietrich. Top drawer. Only drawback? It's a bit low-key, not very epic, a bit too down to earth. A heavily biased 4.5/5 for me.

What more can be said about this classic? One of the all-time great villains (getting centre-stage with the hapless hero) played perfectly by Robert Walker, who, quite sadly, drunk himself to death only a few months after the film was released. Another classic Oscar fail as he wasn't nominated for anything even though, even at the time, everyone could see it was a virtuoso performance. 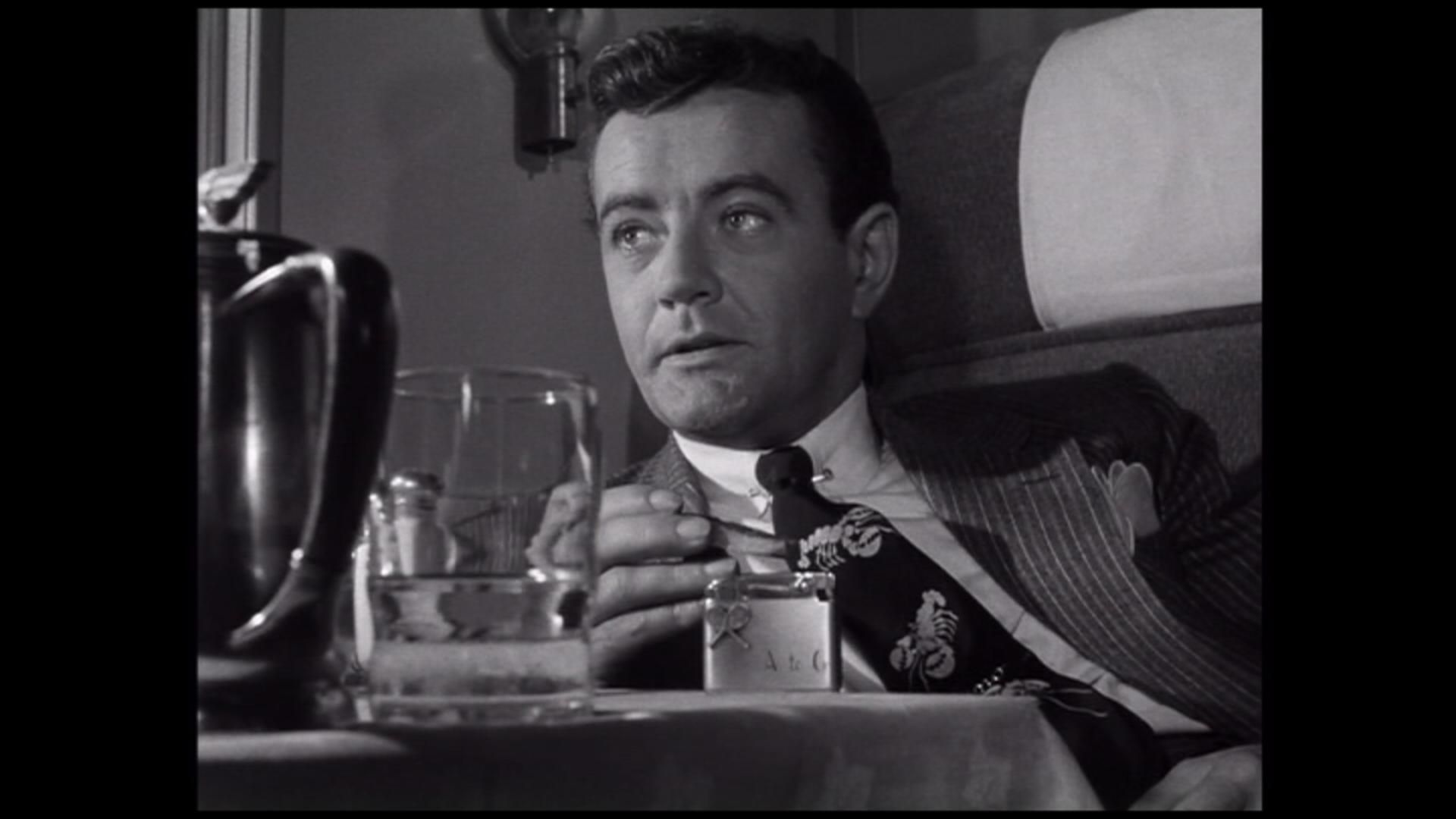 This one doesn't have much of a A-List cast though, which is unusual for Hitchcock movies. They're all great, just most of them would be "Who?" to most people.

Along with Rear Window, this is a showpiece Hitchcock classic 4.5/5

This one's a very low-key affair, even more so than Stage Fright, and is a lot more serious than a lot of AH's output.

It's about a Roman Catholic priest who hears a confession of murder, and is then accused of that said murder. And he can't tell them whodunnit because he can't break the vow of confidentiality of confession!

For Catholics this is probably more appealing than for the general masses as it is layered with Catholic'ness that might seem odd and unrealistic to a non-Catholic.

The primary appeal here regardless is the lead star, another who died far too young, Montgomery Clift, who's claim to fame is being regarded as Hollywood's first truly method actor, and inspiration for both Marlon Brando and James Dean. He had a near-fatal car crash in 1956 (Elizabeth Taylor for real saved his life) and never fully recovered, gradually declining into pain relief addiction and depression until his death 10 years later.

Which makes this film all the more special. 4/5

Another stage play adaptation and, a bit like Rope, it almost exclusively set in just one room. A classic murder in a stageplay format? You couldn't find a more apt genre for my tastes!

Again, not much more to add here that hasn't already been said or is known, it's one of his films that most people already know about. 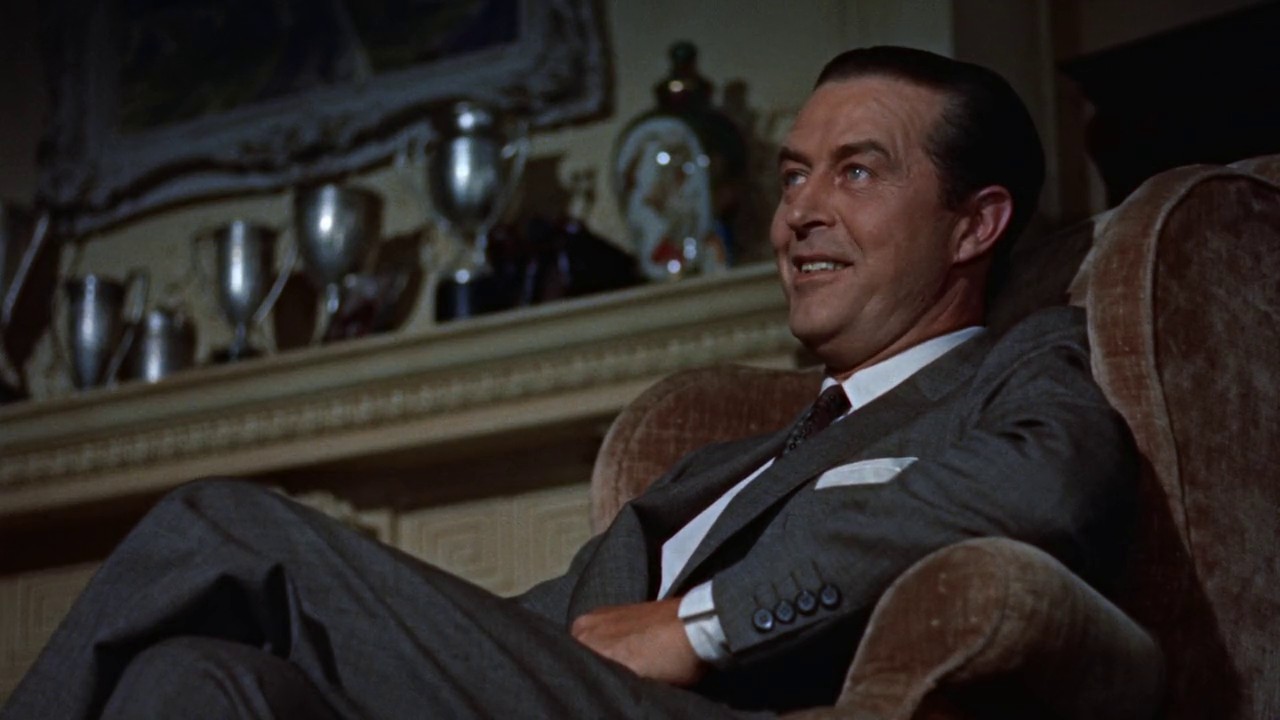 Again, two great power-houses of acting lead the filed with Ray Milland and Grace Kelly holding the lead roles. Milland in particular plays another all-time great villain. And it's in colour! What more could you want? 4.5/5

Probably the most down to earth and sincere Hitchcock of his entire career, so much so that it almost doesn't fit as a Hitchcock movie, except for the fact that it's about a man wrongly accused of a crime, AH's most common theme.

A few things mark this tale out for interest, most interestingly of which is that it's a true story, hence the sincerity. 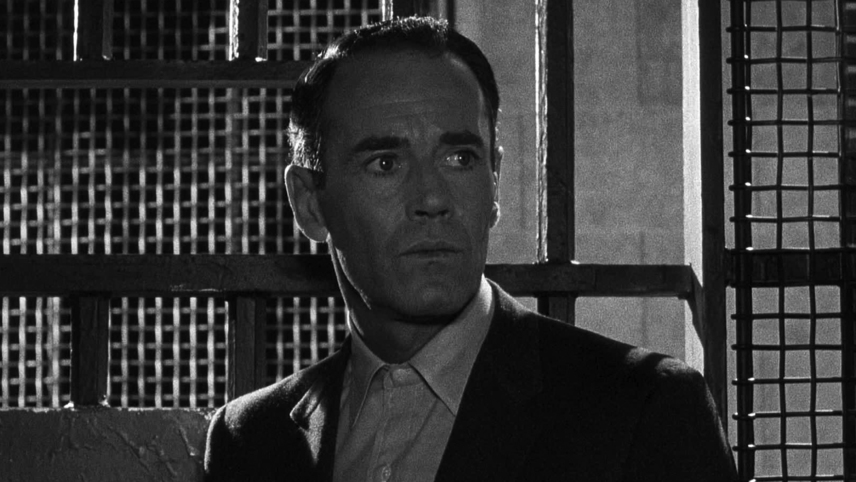 Secondly, it stars the great Henry Fonda in the lead role, a factor which makes an otherwise fairly bland tale not only bearable but actually totally enthralling. What a wonderful screen presence this guy has! Words cannot describe the joy of watching him for every second of the film. 4/5
Quote

A noir cyberpunk flick starring Guy Pearce that blantantly rips off Blade Runner in just about every way imaginable. I found it mostly forgettable, but fans of noir and/or cyberpunk might want to check it out considering the lack of alternatives.
Quote

A nice review. I keep debating with myself if I should risk seeing it in the cinema. Ideally I'd wish to be in a mostly empty room. But that's also against it's success.
--

A noir cyberpunk flick starring Guy Pearce that blantantly rips off Blade Runner in just about every way imaginable. I found it mostly forgettable, but fans of noir and/or cyberpunk might want to check it out considering the lack of alternatives.

I'm fan of both noir and anypunk.
Lack of alternatives doesn't mean I'll accept watching every junk.
They can show it to their mother.
Thanks for heads up, skipping.

I thought Criterion has one?
But okay, doesn't matter, Hitchcock's movies are mustwatch classics, all of them.
Sadly, it's hard to persuade young people into them.
The problem is not outdated style or b/w or something else, but names (cast). They don't see them on facebook so they don't know them and refuse to watch.

LOL now I have to see it.
Allow me some time though, can't watch anything because too many games currently.

I loved the originals, but I watched the trailer for Resurrections and could only feel like it's the biggest cash-grab of 2021.

The are seemingly making it some kind of semi love story which is what i got off the trailer. It seems like it is copying the avengers formula than a matrix movie.
Quote

September 19th, 2021, 03:17
Supersize Me Two. I guess my time in the restaurant industry draws me to watch these semi-docs, and Spurlock, while not perfect by any means, I think for the most part is trying to educate people, and not sensationalize. Once I understood it was all about the huge chicken industry that exists in the US, I was pretty much hooked. There is some detail about what happens at the farm level as well, which I found of great interest.

Should you watch this, you might not want to have a chicken sandwich in hand.
Quote

I lost interest in his movies a lot time ago. You don't make movies as bad as The Happening and Avatar and come back from that.
Quote

That's a shame. I thought it seemed interesting based on the trailer.

Shyamalan's films have always been hit or miss, but his more recent stuff has leaned towards the latter.

I lost interest in his movies a lot time ago. You don't make movies as bad as The Happening and Avatar and come back from that.

Yeah, The Happening was terrible, but he did Split in 2016 which I thought was fantastic.

He had nothing to do with Avatar. I assume you meant to say The Last Airbender.
Quote

Yeah, The Happening was terrible, but he did Split in 2016 which I thought was fantastic..

Alas, Glass (sequel to both Split and Unbreakable) was pretty terrible
The Visit was pretty good though, I thought. Quite creepy.

He's an incredibly variable director, but I'll still def try to catch Old sometime.
--
Proud leader of the Shit Games Liberation Front
All your shit games are belong to us

Actual scene from The Happening.

The Happening is one of his that I haven't seen, and that clip makes me want to

Not sure how much they were expecting, but it seems to be a success. Hope this means part 2 is guaranteed.
--