September 24th, 2021, 15:37
Unlike everyone else on this forum who is scared to spend a dime in Pathfinder2, I pay for what I believe deserves paying.
I didn't play evil characters though, so I don't refuse to pay… Not yet at least.

First you meet Greybor as NPC in Tower of Estrod.
Maybe you didn't notice, but when and if you engage demons there, he rushes in and instakills one of them.

Next where you see him is in Drezen. You face a Balor when suddenly Greybor rushes from behind but fails to kill it.
We'll discover later the special dagger was fake and Greybor will want to get to the bottom of this, that will lead you to the assassins' guild, etc.

Then there will be an annoying dragon and Greybor's services aren't free: 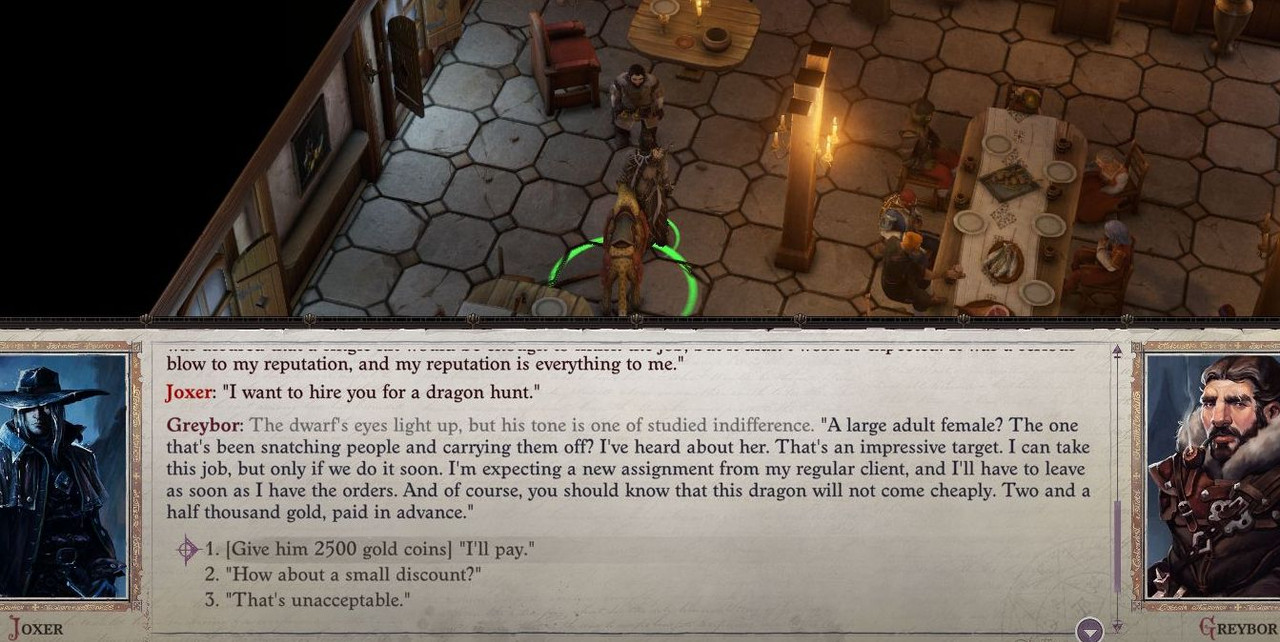 If you don't fail in the stealthy approach against this dragon, Greybor will start the fight classically - rush alone and hurt the trashmob hard.

Three times is a charm and so you will want to recruit someone this efficient in times of war. On a permanent contract.
What, you won't? Don't get a job in any HR department.

The permacontract is not cheap, must be millions because noone on this forum, except me, had enough money to pay.
Or is maybe billions?

Now wait a minute.
After all the cash I spent in chapter 3 in a replay, means this time I didn't save on the crusade, I bought mats and expenses like crazy, I'm about to enter chapter 4 with over 300.000 in my pocket.
And he asked 2.500+12.500. Only. And noone paid that pocketchange?

Apart from combat skills he does bring something else to the table - the best crusade cavalry (Hedge Knights). For all I know you can't have them trainable if he's dead.
The best cavalry is not a must in the crusade, only archers matter, but it's nice to win some fight a few turns earlier thanks to an efficient cavalry that can move all across the map.

So I'm saying to everyone who killed Greybor, and that seems to be everyone except me, WTF?
Blackmail you say? I saw no blackmail in my playthrough. I saw only business offers and business means money.

Lawful? The game should introduce penny pincher alignnment. Or cheapskate.

In any case I hope you used those saved 15K to buy the fanciest thing that won the game.
And do please rewatch mr. scrooge movies.

September 24th, 2021, 15:50
Spoiler alert most NPCs in this game suck. Sure the writing was good but they don't fit in my crusade. Especially a mass murderer and a cannibal. No sir they don't.

I can bend the rules and tolerate a mercenary and mercenary troops to use as cannon fodder my war though. That's called being realistic and using your resources.

Joxer the plus side of role-playing different alignments means each game is different.
--
Opinions are like assholes, everybody's got one and everyone thinks everyone else's stinks.
Quote

September 24th, 2021, 15:54
Sorry but in this game there is another thing that makes each playthrough drastically different than the previous one. No, it's not not myth paths. It's:

September 24th, 2021, 15:57
You just now figured that out? Kingmaker was the same Joxer. Anyway I love when patches break another part of the game that worked fine before the patch as well.

So no can't say I'm surprised.

September 24th, 2021, 17:58
I think you miss the point here Joxer, at least based on what you actually posted about all the gold.

I doubt the reason people don't hire him as to do with the actual cost. I spend 90% of my gold on converting it to crusade resources to hire troops and build things. I don't have an issue with spending money to hire someone.

I try not to meta-game and when I ran into him outside that place he is waiting for you I didn't actually have enough gold on me. He was like, ah too bad, going to have to kill you.

So lets look at this closely. An assassin for hire, whose loyalty can be brought and sold to the highest bidder, is waiting to kill me unless I pay him enough gold to hire him away from his current contract to one with me.

First that is a form of black mail whether you want to admit it or not. Second he shows that even though he was paid to do a job he is willing to screw his existing employer (even if he has some cause to be upset with said employer over that dagger) if he gets paid more money.

So lets say I do hire him. What is to prevent any agent of the demons from say paying him quadruple the rate that I paid him, to kill me? Based on all the conversations with him he has no conscience, no regret, no morals, and no scruples beyond not ratting out on who hired him.

So w/out any meta-game knowledge my character has to consider, in a very short amount of time, whether he wants to hire someone into his inner circle (the party) as a companion with a certain level of trust implicit in that … who one moment was going to kill him but if you pay more than the contract that was put on your life this guy will switch sides and work for you.

Personally I would be very worried he would accept a higher bid and then have to worry about getting a knife in the back at the worst possible time, like say in the middle of a fight.

Of course any companion could be tempted to betray me but as someone who is looking for followers and help in the crusade I am going to have to rely on both gut instinct and what little I know about the person. Gold can buy temporary loyalty but you never know when someone will pay more and so that kind of person is a high risk … especially when they have already shown they are willing to change loyalty when offered more gold.

Also, based on his morals and line of work, I have no way of knowing if the entire thing is a scam to get close to me and that pretending to work for me is part of his original contract.

In short this guy has done ZERO to earn any trust while doing plenty, by actions and words, to show he can't be trusted.

All of that outside of his alignment issues.

At a meta level I like his character just fine, same for Camelia, Wen, and Reggie. But he isn't someone I am going to trust in my inner circle even if I could hire him for a single gold piece.

Maybe he comes around to be trust worthy later on if you help and get to know him … but that is meta game knowledge my character does not have so he has to make decisions, as a chaotic good person, based on what he knows at the time.

And … it is all mute anyhow as I did not have enough money on me at the time to hire him anyhow, even if I wanted to take the risk of trusting him, and so he tried to kill me which left me ZERO choice but to defend myself and kill him.

I wasn't going to reload either as that is pure meta-gaming.

Maybe on my second play through, with my Dhampir AEON to Mythic Legend play through, the Dhampir will hire him and do his quests and learn more about him.
--
Character is centrality, the impossibility of being displaced or overset. - Ralph Waldo Emerson
Quote

The permacontract is not cheap, must be millions because noone on this forum, except me, had enough money to pay.

I have Greybor in my party.

I'm not that far into the game. Chapter 3, I think?

I sort of failed that dragon fight. By the time I arrived my party was all fatigued and half of them kept getting feared. They were mostly all down or dead when the dragon flew off so I grouped up to heal a bit before chasing it upstairs but he burned the books or something and flew off. Meh, I'll get him later?

Greybor was annoyed about what this would mean for his reputation, which is pretty funny because he died like a bitch with his 23AC.

Pretty much everyone is useless compared to my PC. I rolled a chaotic evil Dampir Sylvan Sorcerer with a black horse pet which I had intended to ride around and pretend to be like Lord Soth but never do. The horse is probably the best fighter in the group. Between my deathtouched horse and my lich perk skeleton archer I pretty much don't need anyone else. Camillias spells are all inflict wounds to heal horsey. I've got Daren or whatever to heal her. Spider bitch, who was the best DPS I had until I got Lich spells.

The Lich perks have been amazing. At level 12 I already have level 7 spells and the abundant casting mythic feats mean I start with 7 casts. Then he's got like Indestructible Bones feat for 10/- DR. Apparently later on I'll be rolling my bonus HP off CHA which will be absolutely massive considering all the bonus HP I already get from Lich siphon spells.

But, yeah, I had to pay the full 25,000 which was no problem after I sold all the +1 stuff from my stash. I wasn't going to but he ran off with a couple of really nice relic items and I didn't think I'd get them back if i just killed him. But he does get sneak attacks so he can come along until I work out how to get some undead party members.

I did find Dalemere or something but the only option was "wait here until I can think of something for you to do". Also, I suspect that I can res that betrayer dwarf guy, at some point?

Also, I'm not really finding the evil options very evil. You sort of only get to either needlessly kill people or just say something needlessly rude. A lot of time time I feel I'd rather say the good option because I'm being manipulative to serve the greater evil purpose. I hear a lot of people talk about how good the writing is, but it's not that great. Seems comfortable being generic good-guy fantasy stuff but the evil options are too one dimensional and juvenile. Also, the "sex" scenes didn't exactly get me hard. Very plain stuff, there. Even with spider bitch she was left on full hitpoints after when she should have been nearly dead.

I have Greybor in my party. 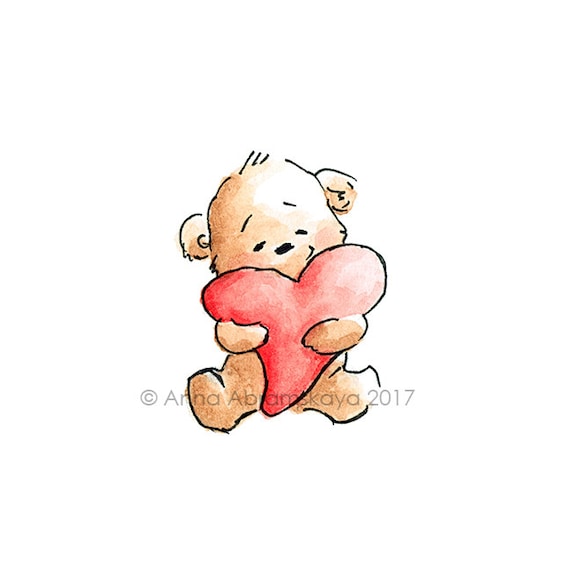