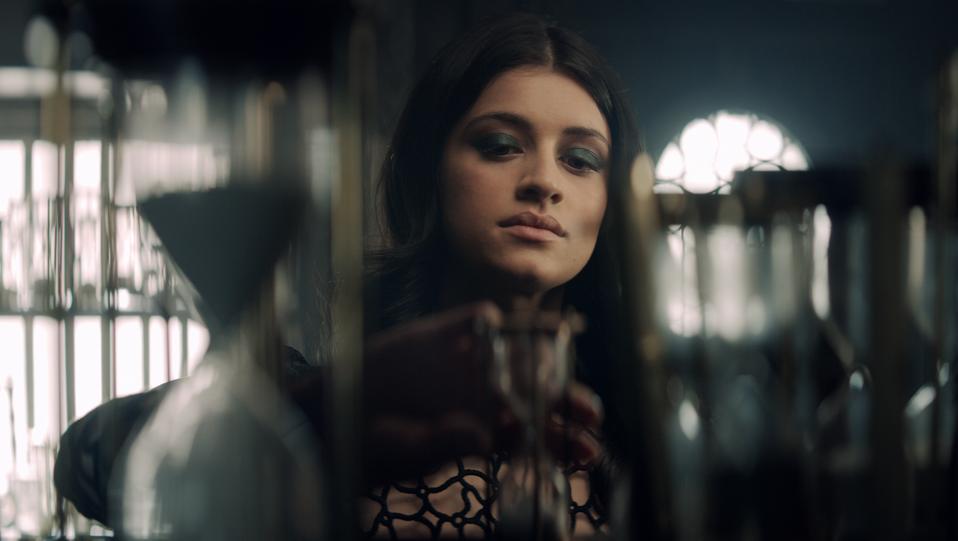 While I find Yennefer to be moderately cute, the insane eye makeup should have stayed back in India

Though most actors rarely fit the game or book counterparts.
--
Progress isn't made by early risers. It's made by
lazy men trying to find easier ways to do something. ― Robert Heinlein
Quote

December 23rd, 2019, 21:41
Just finished The 4400. Excellent premise that has been done a number of ways (generic: group of people abducted and come back to do something). Plenty of talent behind the scenes with bonifides like Deep Space Nine, Outer Limits, Elementary, V and on an on. However they took no chances in their story telling and they got caught with their pants down when they got cancelled after season 4, well before the story arc was complete. If The Expanse and Travelers tied up their story in 3 seasons, what happened to the show runners of 4400?

I guess I'm mad because I had initially liked the show but they took a short break during original broadcast season 4 and I never was able to catch up with it due to other life obligations. I bought the dvd a while back but never watched it. I recently saw Netflix had the show so I finally caught up. (actually rewatched about 5/6 of the series.

The acting is good and the dialogue generally not cringe worthy but the plot lines will make most sci fi fans wince far too many times. Since they really did not finish the story I can not recommend the show unless you are a fan of the abductee/returnee genre or like the many good actors(Mahershala Ali, Summer Glau, Peter Coyote etc) in the show.

Now I have a big decision to make. I have Watcher and Dark Materials ready to go on my DVR. But The Expanse and The Witcher have just started up. AND season 2 of Lost in Space starts tomorrow.

Plus I need to be true to my self and play Disco Elysium. Oh, and it Xmas and a ton of family stuff to do that takes me away from all that stuff. I need more me's
Quote


loading…
--
Progress isn't made by early risers. It's made by
lazy men trying to find easier ways to do something. ― Robert Heinlein
Quote

December 23rd, 2019, 22:23
The 4400 was a show I really enjoyed, the premise was solid and enticing, but the last series was a bit of a disappointment. It really started off well though, the stories were solid and the cast was pretty good.
Quote

While I find Yennefer to be moderately cute, the insane eye makeup should have stayed back in India

What makes you think the eye make up like that has anything to do with India?
Quote

What makes you think the eye make up like that has anything to do with India?

What ever makes people say things that seem to be biased / bigoted / racist?
--
-- Mike
Quote

We are watching a cool series, Merlin. Basically, it's the adventures of Merlin during the days of King Arthur and all that, wrapped up in a nice series that has a lot of laughs, drama, and a few thrills here and there. Cool and kinda cheesy CGI.

It's a fun show, Ww've really grown to like it. Watched about 15 episodes and theyre mostly good. All available on Netflix streaming if youre interested.

Merlin is really a cool movie that has interesting adventures. I can not wait to watch the season 5.
Quote

Merlin is really a cool movie that has interesting adventures. I can not wait to watch the season 5.

December 26th, 2019, 13:32
This Way Up.
A comedy about a woman who had a breakdown and how she’s dealing with life.
Created and written by Aisling Bea, who’s stand up and panel show appearances I enjoy, it’s a good show.
Quote

Halt and Catch Fire on netflix

December 26th, 2019, 15:38
Any of you seen this show? I just discovered it. It really goes through the entire computer and tech age of the 80s than into the mid 90s. It follows a group of people as they start out in texas and end up in Silicon valley. It has its side characters also and controversies which keeps me on my seat watching episode after episode. I think most of you would enjoy it.

Even the intro scene is badass graphic design mixed with a gaming and computer chip visual image. It just rocks. ANd you guys know I am a graphic design guy.

The episode and season that really captivated me was when they hired this guy named Chris who had all of these brilliant ideas he wanted to implement but nobody even took him seriously or listened to what he had to say. It reminds me of a recent youtube video I watched where the designer said in corporations and bigger companies trying to change things or put your two cents worth is worse often than not saying anything and may even get you fired. Due to the corporate culture.

Well the thing was the Chris character in the show got so frustrated he decided to work for the rival company and co founder or former partner of one of the guys in this company. Than he became rouge and released the source code of a software application due to the board or shareholders forcing the founder he was working for out of his won company he founded due to him not being profit motivated as much as by the simple idea of software free and for the people or open source.

Anyway, he committed a bunch of cyber crimes and became a wanted fugitive due to releasing this info and detailing the way that company forced his former boss or founder out. Than he lived in a college library or computer lab with a hoodie sleeping on a couch in and off his online sessions because he made some mistake trying to hide his identity when he sent out all the info onto the web (maybe he used vpn or tor or whatever but somehow they still knew who to look for).

Then when confronted and spending the night at his former boss and CEO's place his boss told him he can turn himself in but he will have to do a couple years in federal prison and not touch a computer for five years. How it wasnt even the punishment of doing time or having a record but the not use of online chats or stipulations or in his case even a computer that was the worse punishment and stab of it all. This he could not live with. Oh yea and his other option was to keep running forever the boss told him he will support him in both options and give him some money and a bus pass toward the Mexican border.

So the next morning he jumped from the roof but the thing is he left a message for the world. And this message basically foretold the world wide web and the Intenet as we have it today. He basically said a goodbye letter telling people not to give up on technology and never trust the government to control it and that soon everything will be connected. Every node or every part will be accessible at all times on all devices. Or some shit to this effect.

I mean this show just rocks. It also foretold other shit like a web browser based on some idea in a basement and it all focuses on this core group of people and some of them are just game designers.
Quote

December 26th, 2019, 15:41
The reason I bring this side character to the show up because this is the type of guy or character I can truly identify in. A rebel against corporations and society.
Quote

December 26th, 2019, 16:06
I've watched every episode some years ago when it was on AMC. I found the women to be much more realistic imo over their male counterparts, but it's a show well worth watching, especially if you lived during those times. Yeah I could nitpick some of the episodes if I wanted, but overall it was a great watch and a show I know I'll watch again sometime in the future.
Quote

Great season apart from two episodes that i didn't really think added much. Gonna rewatch in a few months for sure

December 27th, 2019, 15:32
Thanks on the input.
I still can't believe Disney went geoblocking and forcing tons of potential customers into waiting for the season to end because not everyone needs two months of paying for VPN just because of one show. Sure you might argue it'll eventually appear on dvd and bluray, but by then season 2 will most probably start airing and it questions the sole purpose of Disney+ then.
Here's hope that in 2020. the geoblocking sillyness (unless enforced by censorloving governments) will become a thing of past. I mean by what logic you want to buy digital goods but the seller doesn't want your money? What kind of economy is that? Isn't export the most desired business model?

Done the Expanse season 4. Should have been a bit shorter IMO. Not sure if it covers one book completely and faithfully causing the feel of dragging, but it stretches the viewer's time a bit too much unlike the first three seasons.
Yet I still love it - it opens again tons of questions and answers rarely any allowing the audience to speculate and prove imagination is fun.
No, my still ongoing crush on Burn Gorman (Torchwood) and Lyndie Greenwood (Sleepy Hollow) doesn't matter. Not much.

Because it was directed by Taika Watiti

December 28th, 2019, 03:48
Any other watchers of ‘Letterkenny’? It is from Crave in Canada and shown on Hulu in the US. We got into watching it early last fall and they just dropped season 8 yesterday. Season 7 was the low point so far for me, but S8 seems to pick up a bit …
--
-- Mike
Quote

December 28th, 2019, 10:45
Just finished the last episode of The Mandalorian. I found it just as mediocre as the prior episodes. A lot of the dialogue is cringeworthy, and some of the things that were done plot-wise were particularly nonsensical in this one. I even laughed out loud a couple of times and not in a good way.

Spoiler
So the IG droid, who's programmed to protect the child, takes it directly into battle with him… strapped to his chest.

Then the Madalorian armorer later tells them that Mando must bring the child to its own kind which are "an order of sorcerers known as Jedi". Apparently, none of them had ever heard of Jedi before.

Don't even get me started on the lava boat ride.

It's ironic because I had high expectations for The Mandalorian while at the same time being extremely skeptical of The Witcher. The latter turned out to be a lot better imo.
Quote

…it's better then season 8 of GOT.

I guess this says something.

A pibbur who only saw 1 or 2 GOT episodes. And so far none of the TW (TV) episodes. And who refuses to say how many of the games he has played.
Quote