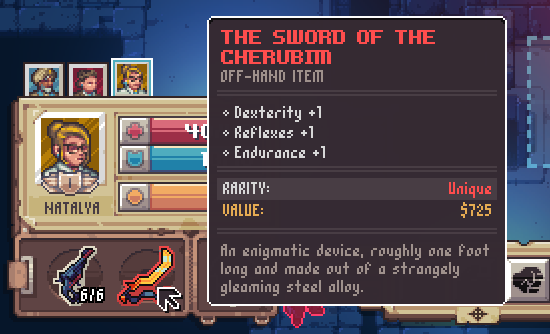 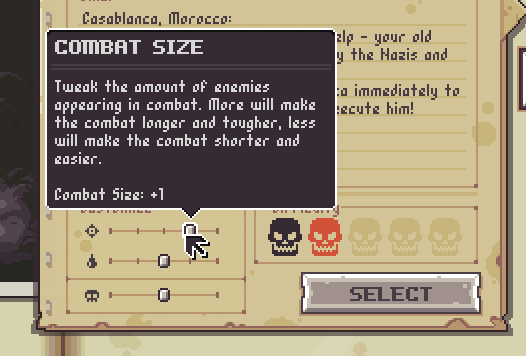 October 5th, 2019, 00:04
I really really don't get the allure of shit graphic games in this century. I must be in the minority though because somebody keeps buying these.
--
c-computer, r-role, p-playing, g-game, nut-extreme fan
=crpgnut or just
'nut @crpgnut
aka survivalnut
Quote

October 5th, 2019, 02:14
For me at least, how a game looks is negligible compared to how it plays and the story involved. Through in a decent combat system with character progression and that's pretty much all I need to be a happy clam.
Quote

October 5th, 2019, 09:10
Pathway and "shit graphics"? What? It has some super gorgeous pixel art; and their dynamic shadows took years to create. Maybe you're just talking about "taste"?
--
Rat King Entertainment
Quote

I really really don't get the allure of shit gameplay in open world games in this century. I must be in the minority though because somebody keeps buying these.
Quote

They can turn out to be way better than the Glorious Next-NextGen graphics games of today. But I'm staring surprised at their All Reviews: Mixed (708) rating.

Jesus, I hope we don't FCK it up like them!
Quote

In my opinion what doesn't work well:
- Permanent unlock and roster/equipment improving compared to difficulty settings (or scaling). The more you play the more it becomes easy, too easy then less interesting. I had to start a fresh new profile at hardest difficulty to continue the experience (after a first win of all adventures). it's a clear attempt to merge Diablo elements to a Tactical Shooter, but this aspect isn't working well.
- Some heroes unlock are just pain tedious and too long, you'll finish all adventures before unlock them.
- The adventure layout is too light and too gentle, let give up for free when out of oil is a bad design idea, give up should involve a penalty to adventurers next adventure ans worse if no more oil, there isn't enough tools to manage the RNG, there isn't enough parameters, more.
- The game would need more difficulty/challenge options, and more difficulty levels.

For combats, I'll try list some aspect you could have ignore by rushing the game or giving up too soon:
- Sneaky progression, it's only possible in some combats or contexts, and it is based on not be seen by any enemy. It's still refreshing to discover sneaky really working in such combat system and without being OP, even if only in some combats.
- Aggro system, it's not one of those mechanical MMO aggro system that becomes only a too easy tool too basic and too repetitive. I honestly didn't analyze it enough deeply to describe it fully, but that's how aggro is fun when it has complexity elements to allow exploit it. I quoted one more obvious case but with fun exploits, it's dogs. And it's even more funny to exploit in some maps with more walls that dogs can't jump.
- A very good LOS and FOW system, and detection from enemy system.
- Zero timers which is in fact a rarity for tactical games, even more one with shooting and overwatch (smartly limited).

Some aspects are less usual:
- Bravery point system, special actions use 1 or 2 points, and they are restored from other actions or events like kill an enemy or evade an attack. It's a great system, that avoid abuses and add some tactical value with the Bravery points management.
- Special actions are linked to armour, weapons and items equipped.

Overall combats are a lot superior to those of dev prev game, Halfway, and with a much better tactical value than most turn based RPG. Ok it's no JA2 but since when there's been a new JA2? Never, and in my opinion for good reasons, but that's another topic.
Quote

I really really don't get the allure of shit GAMEPLAY games in this century. I must be in the minority though because somebody keeps buying these.

October 9th, 2019, 20:45
Just for information, I did a very quick try of the new version, it's a totally different game, huge gameplay changes. I wasn't ready for that, so kept it for later as a new game to play.
Quote

Just for information, I did a very quick try of the new version, it's a totally different game, huge gameplay changes. I wasn't ready for that, so kept it for later as a new game to play.

Mmm for now players feedback is only good.

For me, I realized I was a lot in auto play mode, and it took me some time to go over it and admit I had to re learn how play it.

But I finally did a play session that lead me at end of first adventure first part. It's still a very incomplete point of view with only 3 characters level 2, some combats and some events.

What I quoted:
- I think most changes are for increasing complexity or at least appearance of complexity, new special skills and most involve new mechanisms like lure/stealth/slow/more, more balance between skills (for example bye to an easy pistol double shot that now requires two targets), different armor system, more event types, resources added to global management, new combats modes add different problems,
- Some changes are to increase amount or diversity, more events and events types, combats modes, new management element resources, new items types with artifacts, more.
- There's more difficulty settings, but one of them is locked for an adventure until you finished it once. Moreover I didn't bother use those available after a quick try and picked default for now.
- I think that now it's less about getting hit very few, resources on global management seems allow compensate more damages received, not sure yet.

So it's probably a much better game, but I haven't play it yet to really answer, I'm still under some regret of elements that seem have disappeared. Moreover the difficulty options is in my opinion a major aspect and I didn't play around it. But don't hope the game became a FTL on events and management aspects, and don't hope the turn based tactical diablo like aspect is suddenly really working, it can't until they add campaign and new game+ aspects, but it will never be at reach of dev and budget level.
Quote

January 14th, 2020, 17:03
I checked this out finally. GUI has be the best art direction, but the font size is FCKD UP. Gameplay is horrible. Music is nothing to remember. Story writing is FCKG BORING. Battlescape combat and graphics is below mediocre. Probably the portraits and gun images are best in this "game". This proves that hungry gamers will eat anything, like starved pigs, if you throw junk at them, like Pathway.
REFUNDED