1) Programming: We're feature-complete for the demo as of 2 weeks ago. In plain English it means that all the systems (character, inventory, combat, gadgets, dialogue, trading, etc) are done and working well other than the stealth system which we won't need for the demo). Right now we're bug-fixing and tweaking things. For example, what happens when a bullet misses the target by an inch (you see the bullets flying) but hits the energy shield? It's a minor thing but there are lots of them. Enemy's shields didn't shut down when they were killed, fixed it too. Things like that.

- armor is still about 30% done, which is our biggest workflow problem to-date. Ivan, our animator who also handles armor, got very ill and spent the last 10 days in a hospital. He's recovering now. We hope to finish armor needed for the demo by the end of the month. By armor I mean all wearable items: vests, jacket/coats, helmets, boots, goggles, masks, breathers. At 8-12 items per category that's quite a lot, but once it's done we won't have to worry about it and would be able to focus on building content.

- portraits: we're making progress, but still behind; we'll probably need 8-10 weeks to finish all portraits needed for the demo but we can start earlier with some placeholders.

- animations: probably 2-3 weeks of work, minor tweaks as we have all animations already. It's not just the animations but setting up the blueprints (Unreal 4 thing) and fixing problems like a character in cover standing up to fire a one-handed SMG even though we have a proper animation for that. Etc.

- the gadgets and the gadget parts are done (3D models and icons), still need to do the implants but won't need any for the demo

- since we keep playing the demo daily ironman style, the balance gets better and better (meaning dying gets easier and easier but good tactics can still save the day).
- all dialogues and ending were done (written and scripted) a long time ago; the demo is playable from start to finish.
- we still need to set the prices for the store and write most item descriptions.

4) Interface
Everything is functional but that's about it. We have a lot of (necessary) changes planned already, but we can do during the beta test as so far it's a low priority item.

That's about it. And now some screens for the easily amused: 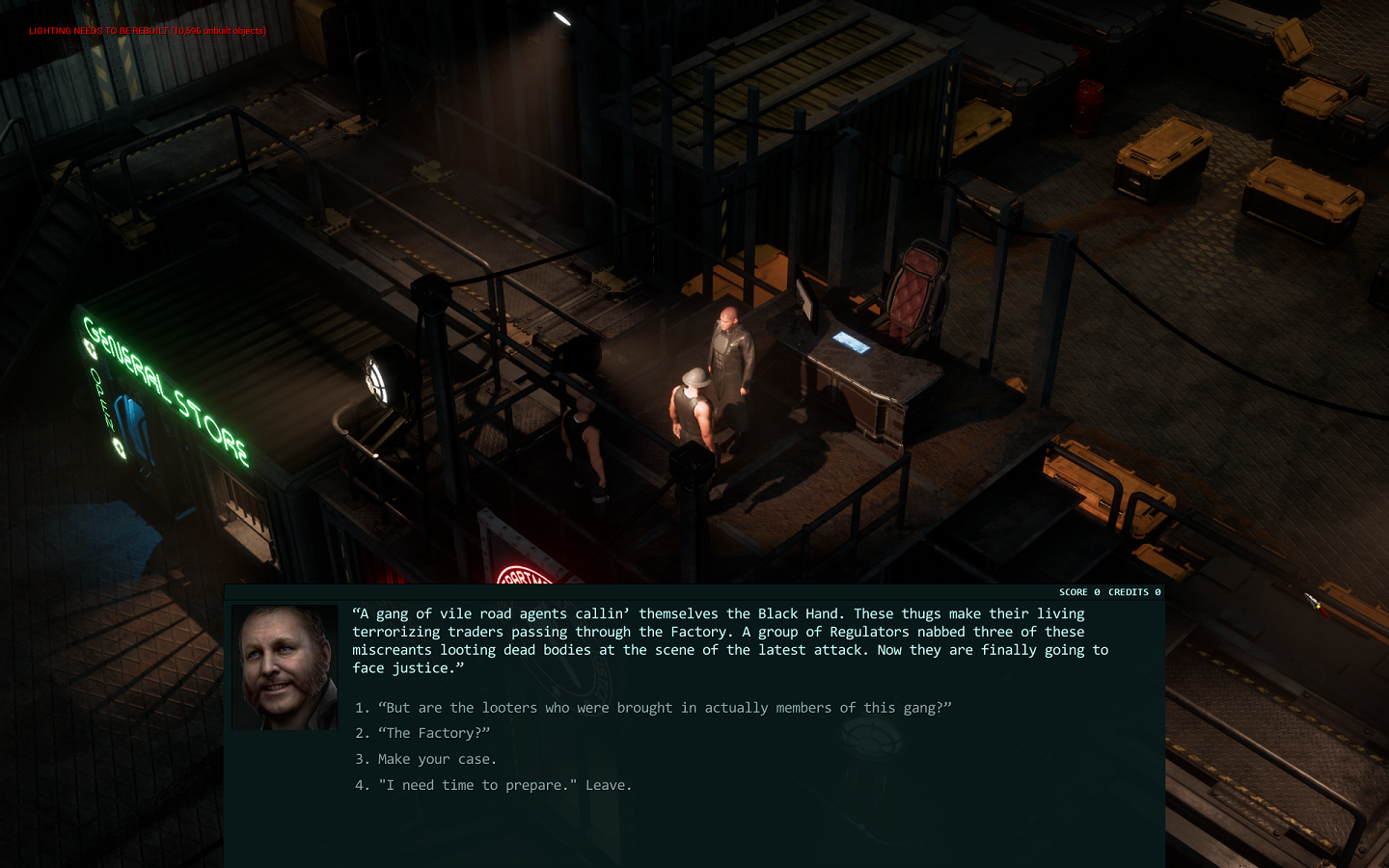 April 10th, 2019, 18:27
Looks like it's coming along very nicely. I'm glad to hear their colleague is recovering; hospital time is never pleasant.
Quote

April 11th, 2019, 02:38
Looking excellent to me. We don't have enough decent space games, I'll be picking this one up for sure when it's available.
Quote