December 31st, 2019, 15:55
Spoiler
I agree with Cacheperl pretty much. Constantin is one of those slightly unstable personalities. Has very bad relationship with parents, he comments his mom is more the type to hire assassins and his father considers him worthless. He doesn't take his responsibilities or life seriously. He isn't really a bad person but he also doesn't care about consequences … he just does what feels right.

You get that from the very start where he gets wasted the night before the trip, causes damage to the bar in a fight due to his big mouth, and captured. He comes off as childish, immature, and irresponsible.

When you land the island his whole attitude is a bit like a child who hasn't grown-up. He is like "this is MY island now" and he wants to the lady governor to take him through the dangerous side of town (adventurous). It is like life is a game.

He is nice, and wants to do right, based on his talks with De Sardet, but gets into conflict with his own nature. He also is terrified of dying based on that talk when he discovers he has the Malichor.

So I think his somewhat unstable personality gets pushed over the edge when he gets it and then made worse when he gets a taste of power and realizes he doesn't have to die.

Gaining that much power can be very intoxicating, and can easily overwhelm someone like a drug (this is common in real life - the saying that power corrupts). His mind gets twisted and he wants to make some sort of paradise (in his own twisted mind) for him and his cousin, who was the only one he felt truly understood him and was always there for him.

I can see traces of narcissim but to me the bigger issues was more that he never seemed to really grow-up and had a lot of self-esteem issues … so gaining the power he did near the end it easily over-whelmed him as it made him feel like somebody.
--
Character is centrality, the impossibility of being displaced or overset. - Ralph Waldo Emerson
Quote

January 7th, 2020, 20:20
I wish games would go for more personal angles. I'm also sick and tired of political alliances in games like these. There's too much world building and heavy lifting they have to do to make me care. They have to introduce and explain all these backstories and history, and inter relationships and it's all just made up for this one game. I end up simply not caring. Or in this case, go against the Religious Zealots because I dislike religion in general in the real world. But that's a shallow attachment and I don't feel connected to the story then.

More personal quests and simplified storylines, please. And less running back and forth. Does anyone play test these games as complete playthroughs? Or do they just test individual quests at a time?

It so obvious that the different parts of this game were made by separate teams, then linked together by long sections of running back and forth. And back and forth.
Quote

January 8th, 2020, 00:31
I am pretty much the opposite. I love it when a game has a lot of rich lore to learn and uncover. One of the reason this game was a GOTY contender for me is how much fun I had unraveling the politics, lore, and how it all intertwined with the life of the characters involved. It was all new and fascinating to me. Same for their mars game.

One thing that kept me going through all the Dragon Age stories is the lore and history of the world they created. Likewise for Outer Worlds, ELEX, Pillars, Torment … pretty much all games I love world building and getting into the lore.

I would find a game terribly dull if it only focused on people talking about their personal issues.
--
Character is centrality, the impossibility of being displaced or overset. - Ralph Waldo Emerson
Quote

January 9th, 2020, 19:16
I mean personal issues are the focus in a political world full of lore, versus "I have to solve all these problems for various political/ideological factions". Lore and world building still need to be a part of all this.

It just seems hollow that the PC is so often personally in charge of fixing big political conflicts, sometimes multiple times in the same game. It leads to crap where one character becomes the Leader of the Archmages, the Head of the Thieves Guild, the General of the Guards and the High Priest of a religious cult in the same play through.
Quote

…It leads to crap where one character becomes the Leader of the Archmages, the Head of the Thieves Guild, the General of the Guards and the High Priest of a religious cult in the same play through.

That I can totally agree on. Not a fan of one character doing it all and being in charge of all things. I think someone could be in more than one faction but certainly not all.

I didn't really feel that in GF though, maybe because De Sardet is a diplomat and part of his job was keeping everyone working together.
--
Character is centrality, the impossibility of being displaced or overset. - Ralph Waldo Emerson
Quote 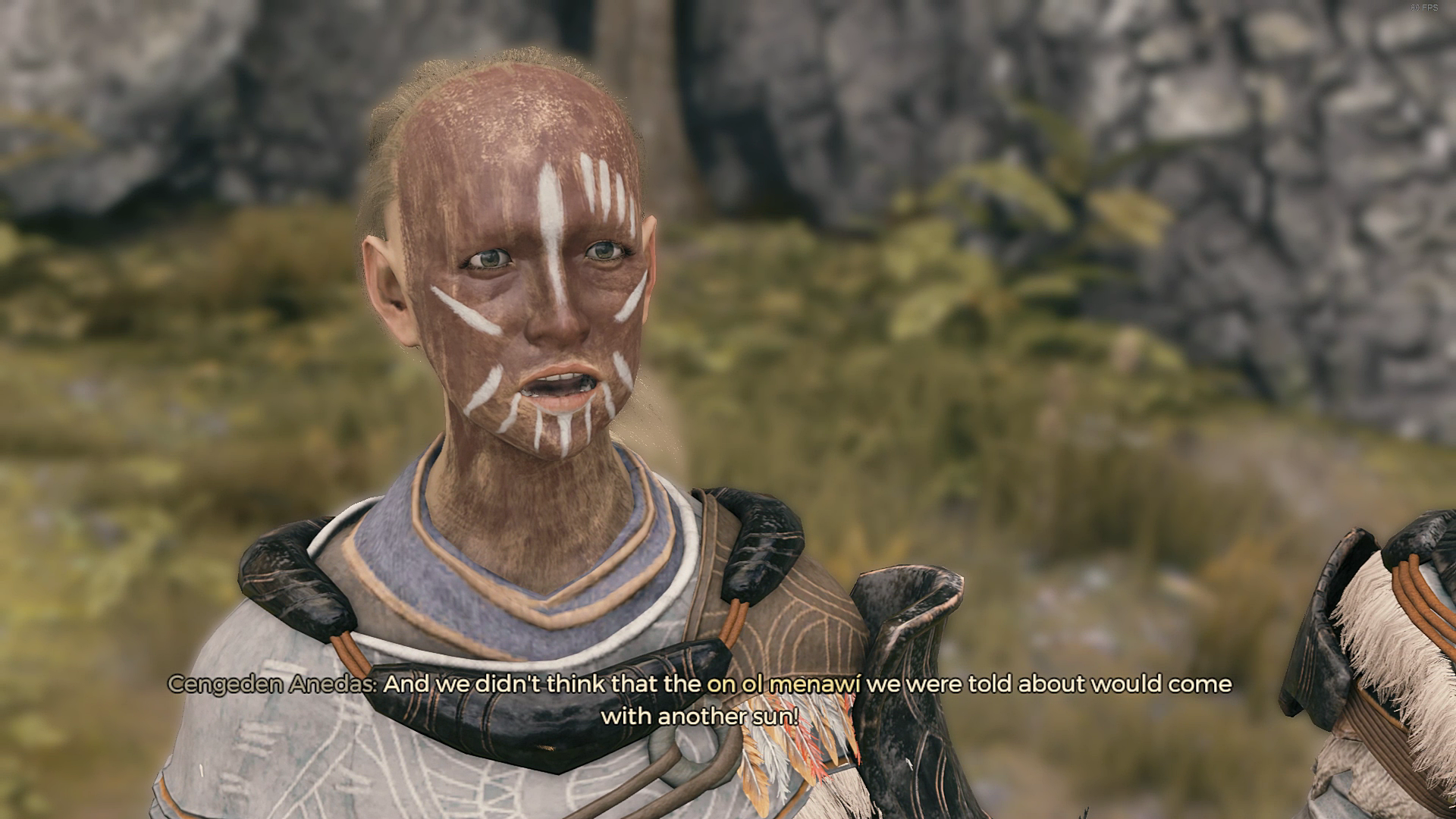 February 13th, 2020, 12:14
There are. Every Nintendo Gameboy title and so called retro shovelware.
--
Toka Koka
Quote

February 15th, 2020, 03:31
I found this game very enjoyable recently. The exploration was unfortunately kind of lacking because there wasn't much to find, and it screamed for a more in-depth faction system than it god. However the combat, setting and story were very good, which kept me playing happily to the end. Shooting a rifle to take out armor and then rushing in with a saber never got old.

Combine this combat and atmosphere with Piranha Bytes' factions and exploration and you'd have a killer RPG on your hands.
Quote

February 15th, 2020, 08:39
Heh im playing it now, so far 25h in and the setting and story are quite boring for me, but the quests and exploration are very nice. Went warrior style and at first it was pretty crap but now im level 22 i think and it became easy with stasis and healing at max.

I see they hired witcher 3 voice actors, they do a fine job but there are are few npcs faces overall, not to mention women faces are just terrible, kills the atmosphere. Also a good thing, no need to load when entering buildings haha.

Heh im playing it now, so far 25h in and the setting and story are quite boring for me, but the quests and exploration are very nice.

The story isn't the most interesting thing ever but I do like the setting a lot. The colonial setting in Risen 2 and 3 also made those games more interesting than they otherwise would have been for me. Maybe I just have an interest in that era.
Quote

February 19th, 2020, 16:40
These low budget games should not try to go photo-realistic. It just never works. Even the big, expensive games from large studios can't pull off photo realism 100% of the time.

Greedfall is a huge disappointment. Too much running back and forth. It's crazy… did anyone play test this? Did the testers ENJOY this much back and forth crap?
Quote