September 9th, 2019, 16:04
Im also interested to find out if Spiders managed to pull this one off. Many here already liked their previous games, which I never tried myself. Maybe this will be my first Spiders game, if references and reviews are positive.
Quote

I have to work Tuesday, however, so no staying up past midnight to try it so will have to wait till Tuesday, boo!

You can play until 3 am. 5 hours of sleep is more than enough

Me… I won't be sharing any early impressions before tomorrow's noon CET. Need to play the game at least a few hours first.
--
Toka Koka
Quote

September 9th, 2019, 17:43
This game is starting to tick all the right boxes. Just waiting for some more impressions

For those who are on wait:
https://www.ign.com/articles/2019/09…eedfall-review

At roughly 35 hours in with seemingly plenty more to go, GreedFall is almost everything I want out of a big, juicy, old-school RPG.

Greedfall seemed particularly interesting to me, though it's hard to pinpoint why. I guess I've just been hankering for a solid RPG to come by and satisfy a hole left by Divinity Original Sin 2.

While perhaps not up to that same level, Greedfall has made a pretty great impression on me so far.

@Pladio Well I work 7am to 3:30pm and have to be up by 6am to make it by then. But it just unlocked so going to be able to play tonight so its good!

Plus will leave work at 1:30pm tomorrow for some extra time … assuming I like what I see tonight. I am hyped but one never knows till you actually play for a while.
--
Character is centrality, the impossibility of being displaced or overset. - Ralph Waldo Emerson
Quote

September 10th, 2019, 02:27
I have to show a shot of course. Going with Mage based character. Initial skill trees/perk - charisma (going to companion, dialogue, and merchant boost) and will power (for more magic).

Still not sure about mage or melee though. Will try both for an hour or two I think. All set on the looks of my character though - that I am happy with. 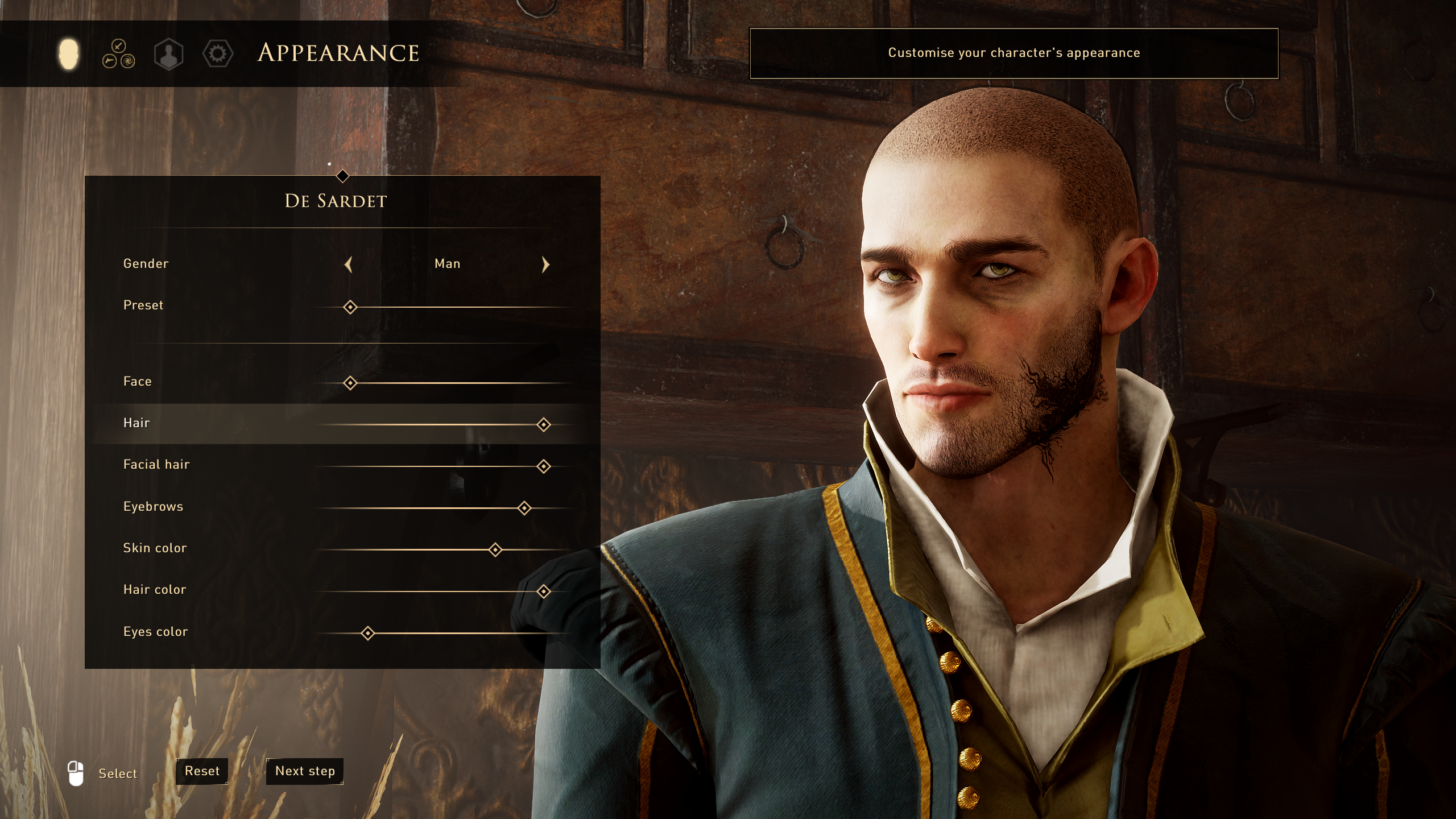 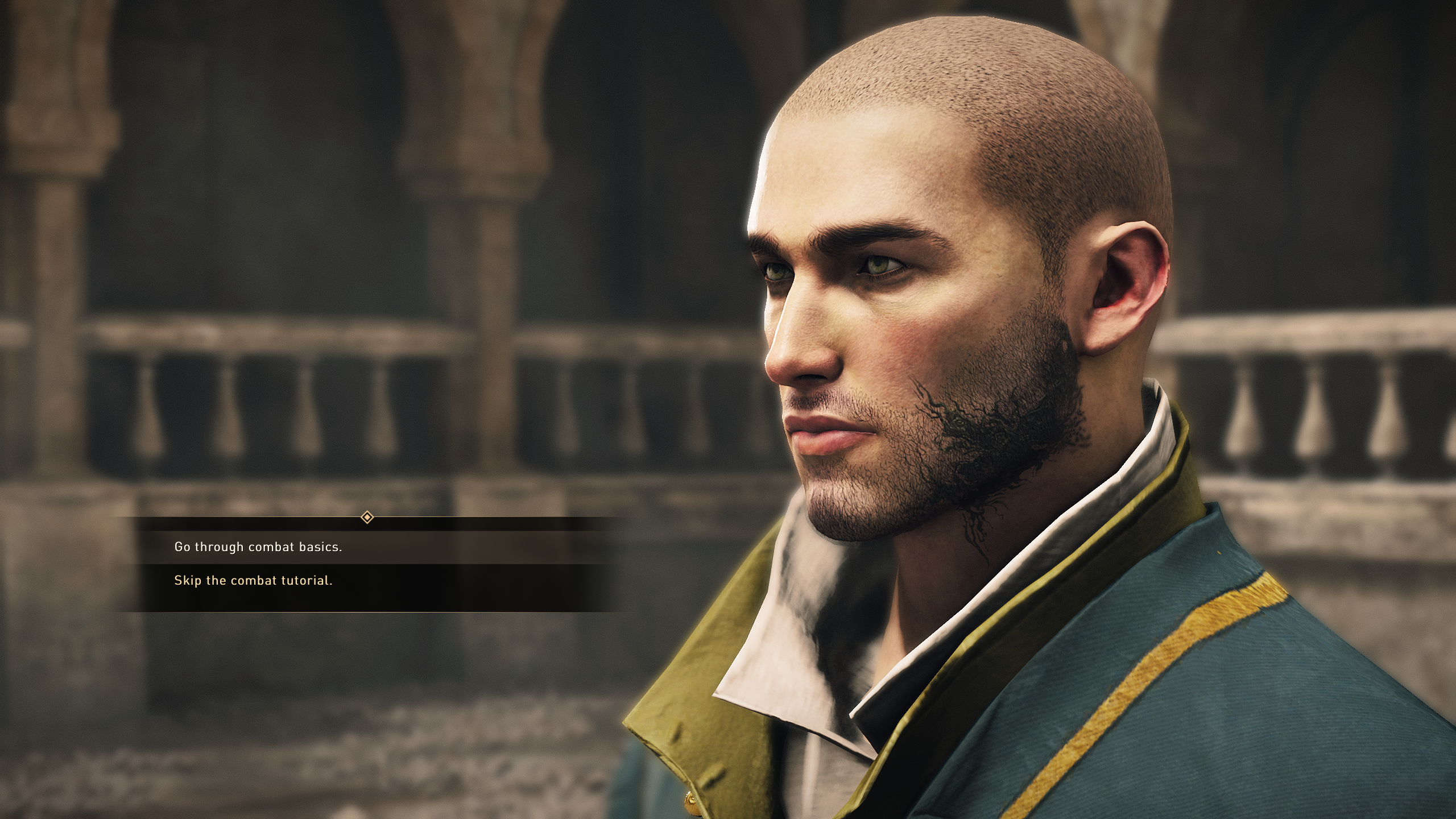 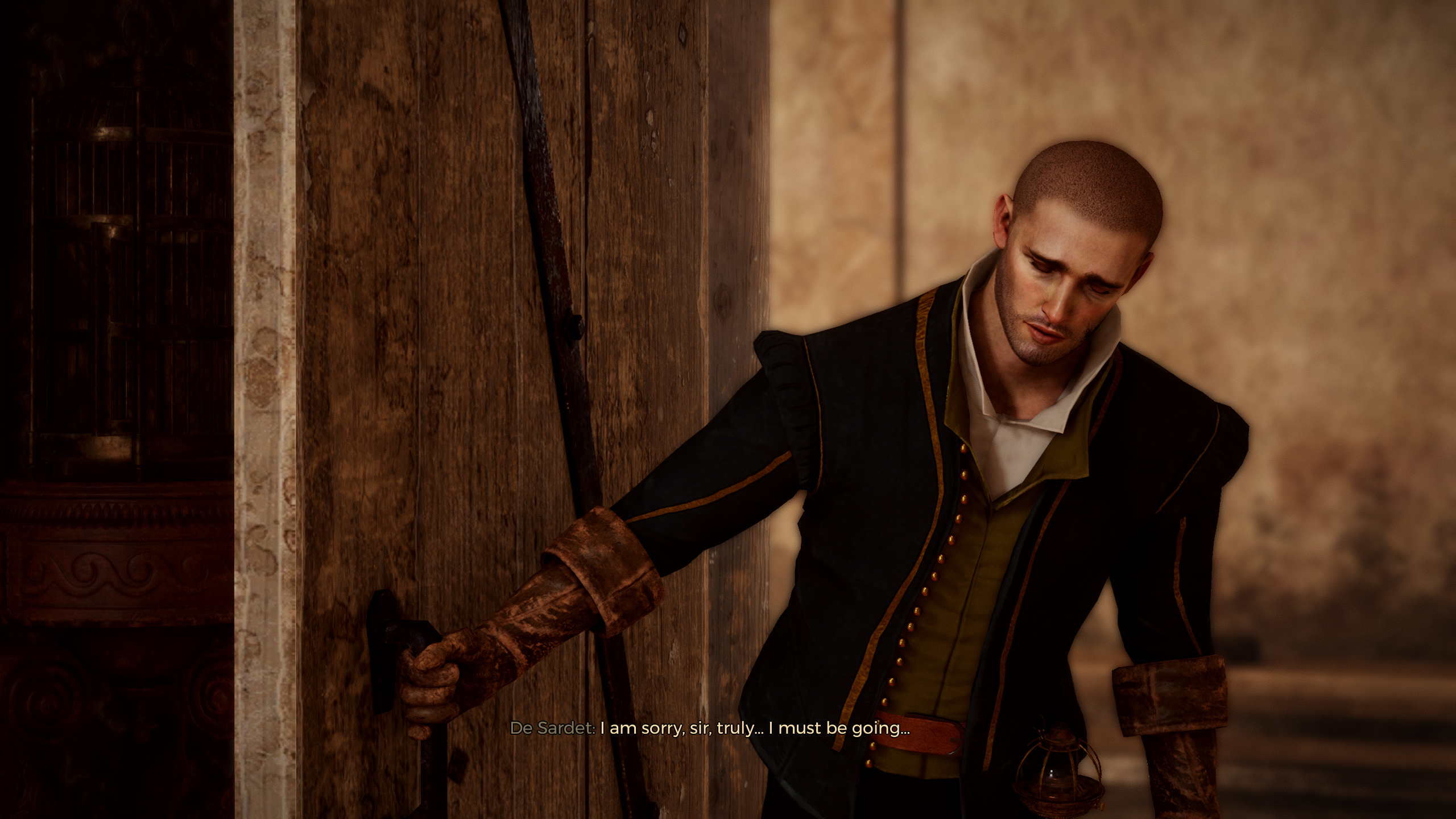 EDIT: Also of note - the basic structure of the game itself reminds me a great deal of Technomancer. The three combat trees and switching styles between them, the movement of the characters, the way they open/close doors, interaction, etc.

It is similar enough that I have quickly felt at home with the game based on recently playing Technomancer.

One area the lack of a AAA budget shows, to me, is the speech and lip sync. The tongues don't move and the teeth are a bit overdone. Its a bit disconcerting although not a huge deal. Just a little spoiled from AAA games in that area.

I like the voice acting and the dialogue - it fits in well with the culture. Also characters in general look very good considering this is Spiders. The City of Serene looks great.
--
Character is centrality, the impossibility of being displaced or overset. - Ralph Waldo Emerson
Last edited by wolfgrimdark; September 10th, 2019 at 03:21.
Quote 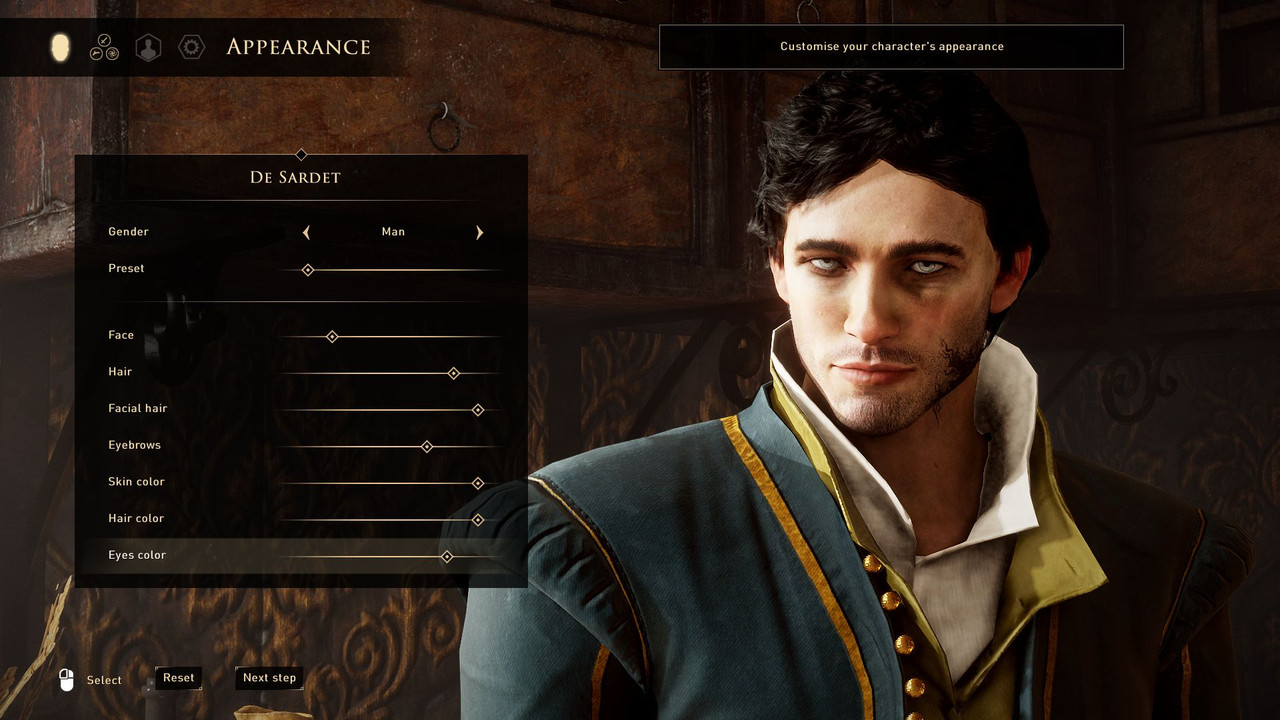 Anyway, a hint. Wanna solve sidequests without violence? Get lockpicks as your initial trick regardless of your future plans.

Spoiler
Otherwise, for example, you'll have to kill a merchant to get a key needed to release his son.
No I didn't do it myself, thought diplomacy will be enough for anything… It wasn''t.
Yes there is a skill reset at the end of this area, but cmon.

I agree thus I had to correct that in my game:

Anyway, a hint. Wanna solve sidequests without violence? Get lockpicks as your initial trick regardless of your future plans.

Spoiler
Otherwise, for example, you'll have to kill a merchant to get a key needed to release his son.
No I didn't do it myself, thought diplomacy will be enough for anything… It wasn''t.
Yes there is a skill reset at the end of this area, but cmon.

Spoiler
Is the Merchant an ass? Meaning do you have to feel guilty about killing him? If he is an ass I won't mind but if he is a decent person than lock picking would be better option.

I recall having just one point in lock picking would have made life much easier in Technomancer but I always found alternatives … and had hoped to focus on maxing out charisma in Greedfall first as that is how I like my character to be.

EDIT: PS - Like your character Joxer. He has a sly rogue like look to him in that shot. A good choice on the hair and hair color.

My main character in Skyrim of 6 years was bald/shaven. While my main character, Fenn, in FO4 has hair I also have a military shaved head character as well. I tend to prefer short to shaved for hair but really depends on the hair style options and what looks best, and fits best, for the character.

The hair in this game isn't that bad surprisingly and I was tempted to use some but in the end liked the stubble look.

I still plan on being a savage sympathizer though

I already can't stand the the Thelme (sp?) faction - I hope I get to destroy them instead. Not a fan of religious fanatics who try to convert people, especially by force.
--
Character is centrality, the impossibility of being displaced or overset. - Ralph Waldo Emerson
Quote

September 11th, 2019, 01:31
Nevermind @joxer too late. But you don't need lockpicking, just good charisma which I had, so it all worked out without any violence at all