I'm gonna be boring and say either Assassins Creed or Red Dead Redemption - casual games with some light RPG influences and VERY high budget. Something incredible could be done there (won't happen, but its not what the topic is about).
--
Latest creations: Fallout NV: A Wasteland in Bloom / Fallout NV: WFO v3.5
Quote

November 10th, 2019, 01:08
With Odyssey, Assassins Creed is already pretty far into RPG territory. It's got some weak points, but what does it miss to become a full-fledged RPG?

I first thought the Thief franchise would be nice, but no, that would probably ruin it (I mean, as much as this can still be ruined after Thief 4).
Quote

With Odyssey, Assassins Creed is already pretty far into RPG territory. It's got some weak points, but what does it miss to become a full-fledged RPG?

It's clearly missing the whole "rags to riches" part (the best part of a RPG, imo), you always start very powerful. No factions to join. The RPG system itself is really weak, you can master everything, no feeling of being a certain class. Wouldn't mind some simulator-like approaches either, like needing food and being able to set up camp.
--
Latest creations: Fallout NV: A Wasteland in Bloom / Fallout NV: WFO v3.5
Quote

I'm pretty sure the developers were heavily inspired by W3, seeing how successful it was.

There's certainly no less rags to riches in Odyssey - as you start out in basically your underpants (ok, linen cloth "clothes") - and you climb the gear ranks from there.

Also, you start out with almost no powers, and it's quite satisfying building your character - considering it's Assassin's Creed. You definitely can't master everything - at least not in the version I played. You had to pick one path to focus on, then supplement it from other paths. Much like most CRPGs I've played in recent years.

In terms of starting power, it's on par with the majority of modern CRPGs that I've played. You don't start out with a table knife fighting small rats, that's true - but that's rare these days.

I happen to think it's better in terms of loot, exploration and progression than Witcher 3 as well.

The story is quite good, though definitely not on that level.

Now, would Odyssey benefit from going old-school and making the beginning sections a true struggle before you find your footing?

Maybe, it's hard to say. But I don't think the standard audience is quite ready for that.

RDR2, though, would definitely be vastly improved by implementing meaningful CRPG mechanics, including proper dialogue choices and character building.

It would also tremendously improve by not integrating its introduction of gear and mechanics through the linear story structure, because you're heavily curtailed in terms of freeform exploration in a big part of the game.

It would be better if there was a single main story line - and most of the rest of the missions would be available throughout the game, and the order was completely loose.

Of course, that's where the challenge of telling a proper story comes in - but Witcher 3 certainly managed it for the most part.

If you want a better open world experience - you're better off playing the Online version.

As for other non-RPG franchises that I would like to see turn into RPGs?

Well, does the Alien franchise count? We've had a few shooters and an adventure game.

November 10th, 2019, 11:56
I'll admit i've only played Origins so far, wouldn't call it a RPG really but it was a good game. Looking forward to play Odyssey if it's in fact more of an RPG!

An Alien RPG would be fantastic, i'd also prefer if it was inspired by System Shock and Deus Ex more than e.g X-Com, Wasteland or something like that.
--
Latest creations: Fallout NV: A Wasteland in Bloom / Fallout NV: WFO v3.5
Quote

Odyssey is the best AC game by a country mile, if you ask me.

That said, I did actually prefer the setting of Origins overall.

I only wish we'd see a proper AC game in a far future settting - or perhaps a Shadowrun type implementation.

I could also do with Odyssey mechanics in another Syndicate or Black Flag setting.
Quote

I'd also enjoy an RPG based on Hitman, that Riddick game, and of course Dune.

Lets see, what else… the fantasy genre is still missing… Drakan would be cool.
Quote

November 10th, 2019, 23:52
The thing I like most about RPGs is precisely that they don't follow any established universe and all the best ones are entirely made up solely for the purpose of the game (for games derived from p&p then this is the case with the p&p setting).

It's practically the only genre outside of platformers where you can encounter a dinosaur, a robot, an angel, an alien, Dracula, sentient inanimate objects all in the same room and not even think it weird or wrong.

The best plan is to promote the idea of expressly not trying to find existing franchises to convert.
Quote 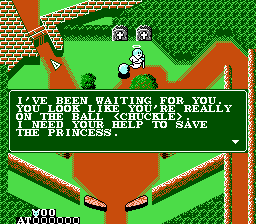 Riddick game, and of course Dune.

The best plan is to promote the idea of expressly not trying to find existing franchises to convert.

I really don't agree at all. I often find myself quite alienated by RPG's because the formula is new and totally unexplored. Sure, there are times when they get lucky and strike the right notes and it actually works, that's amazing when it happens. But a well established franchise is well established because its loved, its been cared for, you have a history with it which adds tons to its depth. It might have been explored in books and movies or another genre of games, which can add to this depth in ways a RPG really couldn't, so its an extra layer you've been given "for free" and which will add to the overall experience.
--
Latest creations: Fallout NV: A Wasteland in Bloom / Fallout NV: WFO v3.5
Quote

November 11th, 2019, 11:06
Nah, people will just complain it's deviating from the source material or doing something screwy with their favourite characters.

Also, it would contradict character building as if you have predefined characters then you can't change them much.

I often find myself quite alienated by RPG's because the formula is new and totally unexplored.

I have no idea how you got into the genre enough to end up on a specialist board for it if you have problems getting to grips with different mechanics and environments.
Quote

Which non-RPG franchise would you have loved to see as a full-fledged RPG?
Far Cry? Need for Speed? Tetris?

I'm gonna be boring and say either Assassins Creed or Red Dead Redemption - casual games with some light RPG influences and VERY high budget. Something incredible could be done there (won't happen, but its not what the topic is about).

AC series were plain crying to become RPGs thus it wasn't a surprise the series shifted.

GTA cannot ever become RPG as it's already Need4Speed with a story and occassional plane/helicopter/ship/whatever_vehicle race. N4S of course can't be RPG. Ever. Nor tetris… Man… lol

RDR2 should and could have been RPG but the game is a horseriding arsehole in the world of arseholes bullshit. Here's hope RDR3 changes that.

Far Cry already has RPG elements but in it's core is a shooter. It's problem is that FC4 and FC5 suck.
I wouldn't change it's genre but it's designers. Still, if it does go full RPG, I'm buying.

November 11th, 2019, 12:53
Surprised nobody mentioned their least favorite rpgs yet. Or final fantasy for that matter.

Besides the obvious suggestions (rdr2, or at least its budget), I always loved 2d pixel art platformers and metroidvanias like Ori, hollow knight, etc. It can't be that hard to make an RPG out of it? Add towns to travel between, dialogue, classes, etc.
Quote

November 11th, 2019, 13:13
It's been said already but I'll say it again Dune. It'll probably be an MMO since Funcom owns the right to all new Dune games though. So scratch that off please.

I would also say Game of Thrones but one mediocre RPG was already made.
--
"Opinions are like assholes. Everybody's got one and everybody thinks everybody else's stinks."
Quote

Nah, people will just complain it's deviating from the source material or doing something screwy with their favourite characters.

No, it worked great in KOTOR for example, you don't need to use existing characters, you can use them vaguely, in the background basically. I've seen it for the Conan universe and some other games too, works quite well.

Uh no.. and why would you think enemy variety would be affected?

And, again:
I have no idea how you got into the genre enough to end up on a specialist board for it if you have problems getting to grips with different mechanics and environments.

Quote where i've said i have problems with getting to grips with different mechanics?

Environments and characters is a real hit and miss in RPG's. Like i said, there are times where they can make something really original stuff work, that's amazing when it happens. Arcanum would be a good example, it's quite original yet it works quite brilliantly, it's tastefully done and doesn't alienate me, i "get" this universe almost instantly.

RPG's are traditionally very generic, themes borrowed from LOTR and other very familiar fantasy, those types of games i have no problem getting into. There are quite a few exceptions though especially jRPG's which can be very alienating and there seems to be a bit of a drift to doing more original stuff in the genre overall, that i do not like because it tend to like the generic more than "look at our super original universe we spent a whole month on creating!" it's usually shit.
--
Latest creations: Fallout NV: A Wasteland in Bloom / Fallout NV: WFO v3.5
Quote