March 3rd, 2013, 00:54
Lord British Presents is a countdown teaser with a little under 6 days to go as I write until…? Based on various comments he has made over time, this will be some sort of social MP game but I know some readers will want to watch. Here's a tweeted image to whet your appetites: 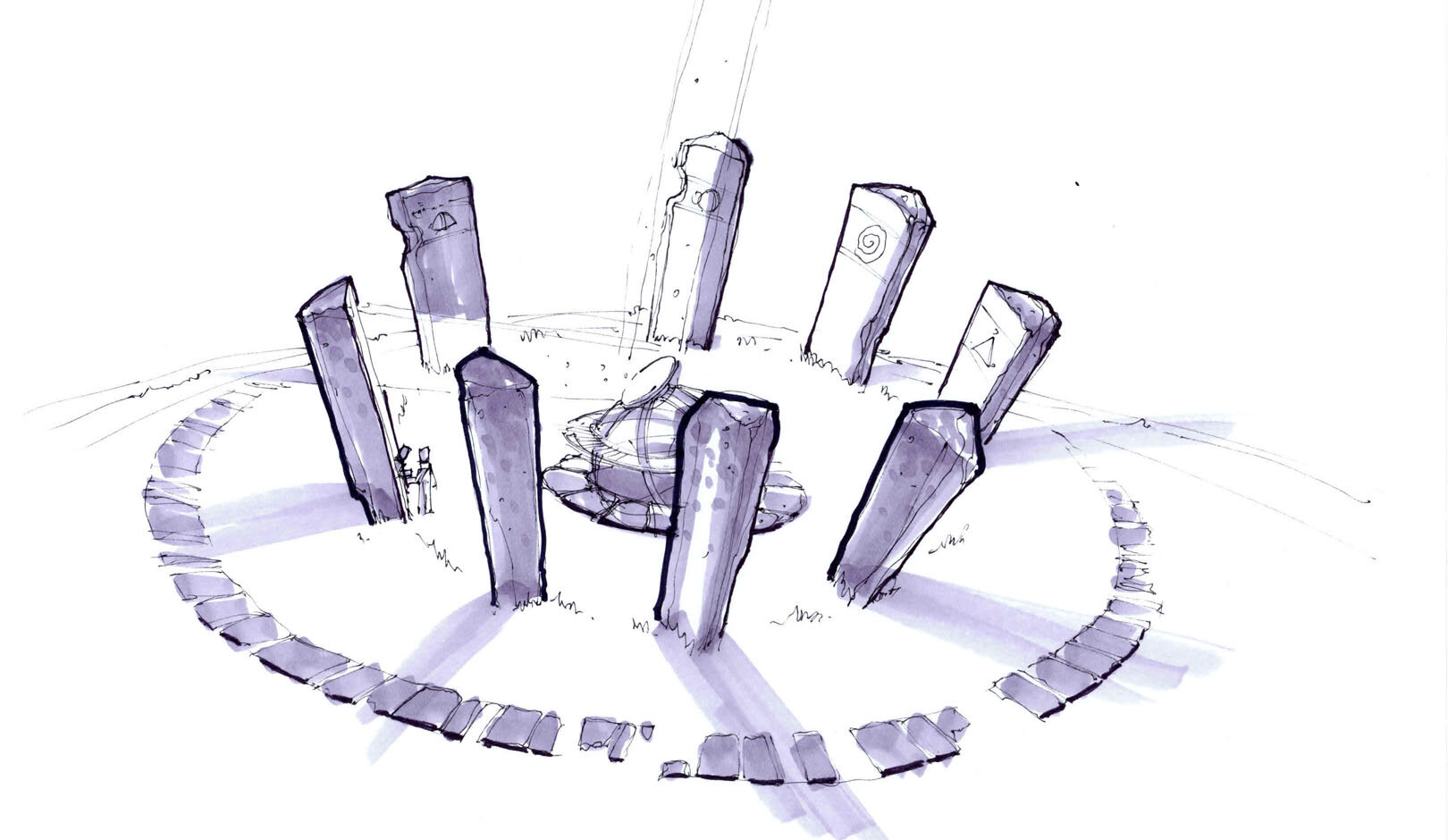 March 3rd, 2013, 03:13
I'm hoping I live long enough to see LB tire of the MMO and social media pursuits and return to a classic 'ultima-ish' single player RPG with a PC as the main platform. I can dream anyway…
--
If I'm right but there is no wife around to acknowledge it, am I still right?
Quote

I'm hoping I live long enough to see LB tire of the MMO and social media pursuits and return to a classic 'ultima-ish' single player RPG with a PC as the main platform. I can dream anyway

Everytime I play Skyrim, I think back to Ultima 7 and think if Mr. Garriot had kept building on those ideas, it would have blown The Elder Scrolls series out of the water.
Quote

March 3rd, 2013, 04:33
I want a social multiplayer game from Richard Garriot about as much as I wanted another action rpg from Chris Taylor.

Aside from not being sold on MMORPG's in general, he had his chance with Tabula Rosa.
Last edited by jwmeep; March 3rd, 2013 at 04:44.
Quote

March 3rd, 2013, 05:25
Is the thing in the middle a crashed satellite or something? Was expecting a moon-gate but that looks like it has a dish on it.

No as in MP linked to social networks - that's what he's been really interested in the last couple years. So think Farmville more than PnP role-playing.

Also there's a chance it might be something along the lines of Ultima Online 2, which he has mentioned possibly doing in the past and discussing with EA. Unfortunately he's also said in the past that he's not really interested in single player games anymore and has pretty much felt that way since before ultima 9 finished.

Everytime I play Skyrim, I think back to Ultima 7 and think if Mr. Garriot had kept building on those ideas, it would have blown The Elder Scrolls series out of the water.

Except he didn't want to keep doing single player RPGs - his interest has been MMOs and social games. So even if he kept making Ultima games and building on what he had with ultima 7 back in the day, it might not have been in any direction approaching something that would compete with a massive single player RPG directly.
Quote

March 3rd, 2013, 06:43
My hope that Lord British would ever do another single player game died about 10 years ago after listening to his interviews. When he does interviews and talks about where gaming is going it just makes me irritated to hear what he is into now. Granted to each his own, he can like what he likes but he is not going to make another Ultima like single player game.
Quote

March 3rd, 2013, 12:51
Garriott says he wants to go "back to the roots" with the new game… maybe he got inspired by his old friend Chris Roberts and his success with Star Citizen…

Now, that's interesting. Frankly, i've given up hope that he would ever produce a PC, single-player game again. I would love to be wrong.
Quote

Wonder if he'll focus on the Ultima Online aspect of his roots, or he'll try to sell both the multiplayer, and singleplayer like Chris Roberts did.
Quote

Garriotts perspective is a little different to what other people see. His roots of RPGs are not "limited" to PC-Games but refer to role playing in general.
So with roots he does not mean things like turn based combat, group based games or something else classical but the role playing idea behind it. He wants that a Mage should play his character as Mage, acting as if he was a mage, he should be seen as mage by other players and this without focusing too much on attributes. Actually he would get rid of any attributes or skills completely when possible if I understood him right.

This means that his game can be a social "roleplaying game" which does not "feel" any classic at all but may look like a farmville on the first look. But you may fill out a special role in there. But besides of that he also does these little games as "modules", so to gain money and the code to then put everything together and create the game he actually wanted.

The outcome might not be a good game at all. However for doing "his thing" the way he does he has my sympathy.

There was an awesome audio podcast at criticalbit. Unfortunately the site does not exist anymore. I still have the mp3 on my harddrive, so if anyone is interested/ want to host it somewhere (no idea if you need the permission from criticalbit for that), just ask me.
Quote

No as in MP linked to social networks - that's what he's been really interested in the last couple years. So think Farmville more than PnP role-playing.

Sadly, I wish I were.
Quote

March 3rd, 2013, 23:59
Lord British has strayed far from the eight virtues in his quest to satiate his avarice.

Once upon a time, Lord British was the wise and just ruler of not only the kingdom of Britannia, but Origin Systems as well. He personally oversaw the design and construction of his kingdom. Whilst putting his own life in peril, led his army of knights, known as the Nerd Herd, on a never-ending quest to slay the green slime, and squash every last bug.

But a new evil threatened the land. Enlisting the help of the Avatar, Lord British sought to prevent an evil cult from finishing the mysterious Black Gate. After putting up a good fight, the Avatar was vanquished to a Pagan world whilst British was nearly beheaded by a gold plaque. All hope was lost once the malevolent Guardian stepped through the Black Gate from EA Sports, and Lord British was banished from the kingdom he had created.

Broken and beaten, Lord British spat upon the eight virtues, and set forth on a long quest for the fabled Codec of Greed. After years of wandering the land in a wine induced stupor, LB found his Destination with the help of his brother, and formed a partnership with the enigmatic NCSoft from the distant land of Korea.

Sadly, all of those years spent on the web while surfing the bowels of Deceit, Despise, Covetous, and Shame had left a mark on LB. Suffering from hairy palms and failing eyesight, along with an empty bank account, he turned to his once loyal subjects with an outstretched hand and began chanting an old mantra: single player, single player, single player.
Last edited by Vindicator; March 4th, 2013 at 00:25.
Quote

March 4th, 2013, 03:36
I asked Chris roberts if he had talked to richard about doing a kickstarter and he said they talk all the time and he had been talking to Richard about doing one.
--
If you don't stand behind your troops, feel free to stand in front.
Quote