Why did they merge my legitimate topic regarding a current TV show featuring hot woman who get naked every episode for artistic reasons into this thread?

Oh how the vice is tightening.

Fucking racism man. They're discriminating against our people.
Quote

1. The general consensus over there is to hate everything and everyone.
2. A lack of discussion on actual RPGs.
3. A forum filled with a sea of Bethesda and Bioware threads.

Let's start with these 3, shall we?

1. Bullshit
2. Bullshit
3. Here you devote ENTIRE FUCKING SUBFORUMS TO BETHESDA AND BIOWARE GAMES! It's only the lack of subforums at the Codex that results in Bio/Beth threads spilling out although to be honest there is a problem with people needlessly starting new threads about the same topic resulting in more threads than necessary. At least though we don't have such a love of Bio/Beth as you fuckers here!
Quote

1. The general consensus over there is to hate everything and everyone.

2. A lack of discussion on actual RPGs.

3. A forum filled with a sea of Bethesda and Bioware threads.

Your argument is invalid.
Quote

My site? My site? Why do you insist that is my site? And again why you keep writing to me as if I am some kind of embodiment of the Codex? I know that it helps you with all the stupidity that you are spewing against the aforementioned site, but please stop trying to represent me as some kind of Web Community anthropomorphism.

How about you target me as a poster and not as a straw-man for your vile coments?

That's what you guys want, isn't it? To be a part of a community? Sorry if I seem harsh, but you've all proven why you stay at such a site. To even stomach some of the crimes against humanity that are posted over there means you condone it. Plain and simple.


Huh? Again, this is because you clearly lacks the skill to use a search engine efficiently, or you are just lazy. Or maybe you just keep focusing on some shit poster or brainless spammers? I don't know. I think that it's just pure prejudice or laziness.

You deny the search function has been broken for months?


Yes, but it still contains a great deal of gems about RPG mechanics, design, quest, etc. And there are few poster that still make some threads and comments about indie projects or ideas.

Now, if you need that some forum have some kind of post threshold to look interesting, then again, that's your problem.

Yes, I'm sure there's "still" a few lost souls over there. But a few good apples doesn't excuse the filth. You know that.

And I love how you left out of yor comments the Let's Play Threads. There are some really cool LP there that are really nice.

Like another Dragon Age LP? I'd rather read a bathroom wall.


Nope, you aren't hustling nothing here. Stop projecting or trying to cram some kind of fake introspection on me. Just because you think that something is going on about me and hate (as your hustling some feathers clearly indicates), doesn't make it a reality.

But nice to see your desesperation to make me guilty by association. But it's not working, really.

I'm sure. Meanwhile the majority of your friends are going nuts. It all could have been avoided if you guys behaved like normal people.
Quote

some shit about a kwan remake of skins

drop it and watch the original.
Quote

December 27th, 2011, 23:40
I have to say, the 'Watch is on a nice server. There's never any delay posting here and we're basically blowing this place up right now.

DAC hasn't had a single post in its GD in like an hour, my post still being the last one there. Their shit would probably melt down (heh) if we moved there instead.

I suppose we should show a little gratitude. No Jew jokes for the rest of the day. Agreed?
--
I am a ordained Wiccan Reverend via a local Pagan Church

JDR, as a fellow Watcher, I'd expect a little more courtesy, no?

Your argument is invalid, Sentinel.
Quote

Your argument is invalid, Sentinel.

1. Bullshit
2. Bullshit
3. Here you devote ENTIRE FUCKING SUBFORUMS TO BETHESDA AND BIOWARE GAMES! It's only the lack of subforums at the Codex that results in Bio/Beth threads spilling out although to be honest there is a problem with people needlessly starting new threads about the same topic resulting in more threads than necessary. At least though we don't have such a love of Bio/Beth as you fuckers here!

We keep subforums to keep those discussion in their own separate forums so purists don't have to see them. Nice try though. Tough guy.
Quote 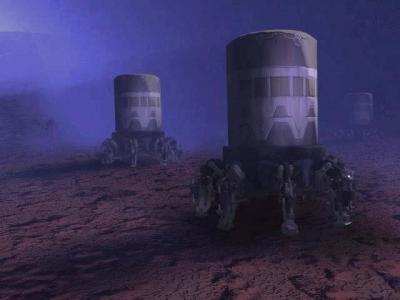 bullshit about the LP forum

GhostDog, Black Cat and Crooked Bee (the animal LP triumvirate) have posted a fuckton of entertaining LP's of niche games. I can't even recall seeing a DA Let's Play. Obviously the (very monocle) ME1/2 LP has left your butt unbelieveably aching, but maybe try and get over it?
Quote

Sure, we all get a bit titchy sometimes. That's only natural, and it can even happen when "chilling" with your best pals. But when things start to heat up its best to just take time out. You certainly don't want things getting out of hand - the situation could turn serious, and that certainly isnt any fun, is it, buddies? Am I right, dudes?

Sometimes, down at my chess club, people get a little too excited and move their chess piece when I havent finished my turn yet. Boy, I tell ya, pals, this makes my blood boil - just like it would for any red-blooded male, especially the tougher types like us!

But, just cool it for a second, tell the other fellow you think things are getting out of hand, and that perhaps it's time to head back home and have a new game tommorow. That way, not only do stay friends, you earn their respect as well!

Isnt that radical, dudes? Keep it up, and pretty soon you'll be the "wickedest" homie in the hood! Allright!

Catch you guys later - Its been great! You homies totally ROCK!!!

December 27th, 2011, 23:46
I think all Watchers are spineless rats who can't back up what they said a minute ago because Toth is one and he's like that.
Quote

The Legacy - an obscure old school dungeon crawler I even recomended around here last time I came.

Shin Megami Tensei 1 & 2 & Strange Journey - hardcore dungeon crawlers with very complex party mechanics, turn based combat, and different paths to follow based on your choices, with their own bosses and challenges each.

Pool of Radiance 2 - Uhm, hit and miss dungeon crawler that's pretty fun for what it is?

Yo Jin Bo - Ok, a romantic comedy choose your own adventure game about a teenage girl who travels to feudal japan and is protected by some hot samurai studs. Gee, I'm sorry for being me.

Enzai - Alright, that was kind of trolling, I do recognize it. It was pretty fun, though. I should continue it some day.

Space 1889 - Uhm, really old RPG about steampunk guys and gals traveling around and doing stuffies. Awful graphics. Though that's mostly to Bee's credit given I did abandon it pretty early. Like, two updates in early.

Originally Posted by Thoth
Your thread was full of sarcasm and hate towards this site. Please don't play games, we have more important things to do here at the Watch. "Stuffies and thingies" indeed, how stupid and lame could we be not to have an LP section, right?

Ahm, I'm sorry but you are delusional. You are so obsessed with finding something to hate about me that you are just asuming I did everything from a desire for meaness, when you can go and see I have been participating on several threads without sarcasm nor malice at all.

Gee, you can say that liking SNSD is retarded but then I never claimed to have good taste, and recomending some songs to you guys doesn't count as trolling. Does it? Recomending dogfighting anime to someone who wanted to see dogfighting anime, doesn't count as trolling either. Warning people about Andhaira and HHR? Gee, I'm the bloody SENTINEL, I want your job. I even sided with some locals when I thought KKKodex was just being jerks about stuffies, gee. I'm a monster.

Again, what have I done so terrible to your Watch? Also this is amusing given I had already a much older account I used to write some reviews of obscure, little known games on your last game you did play play.

Other than myself, I haven't noticed any Watchers being disrespectful. I'd also like to say that I've only been disrespectful because of the attitudes you guys have shown this site. Calling us boring and lame and making tons of posts about it isn't cool. Deep down inside, I feel that you know this.
Quote