No clue but Canada has some types of different pizza then North America.

The pizzaghetti seems pretty weird, but I'm guessing it is actually quite alright to eat. The brown sauce pizza isn't really a pizza in my opinion, since the tomato sauce is essential to something being pizza and not just oven baked large sandwiches.

In Sweden we have some weird pizzas as well. If I have some time later I'll find some links

I agree, American cheese is revolting!! Dutch, Swiss and Welsh are my favourites, unless it's for pizza!!

I don't think American cheese is bad, but it's very boring.

Swiss is one of my favorites as well. I particularly like Baby Swiss which, ironically, originated in America.
Quote

April 15th, 2021, 15:14
I think what's called American Cheese is a very specific and dubious substance - the FDA calls it “pasteurized processed American cheese product", as it fails to meet the legal definition of cheese.

The weird Calskrove (a pizza which contains a burger with fries inside it):

I've never met anyone who actually ate any of these, but they do exist.
Quote

I've tried over 100 types of cheese on pizza and mozzarella melts and tastes the best.
--
"Nowadays due to woke ideology, the normal rules of the game, due process, political compromise, the presumption of innocence, free speech, even reason itself have now been suspended"
Quote

I think what's called American Cheese is a very specific and dubious substance - the FDA calls it âpasteurized processed American cheese product", as it fails to meet the legal definition of cheese.

But they make plenty of proper cheeses, too, especially in the Midwest.

Yep that crap is more oil and additives then milk. Shouldn't be called cheese at all.
--
"Nowadays due to woke ideology, the normal rules of the game, due process, political compromise, the presumption of innocence, free speech, even reason itself have now been suspended"
Quote

I've never met anyone who actually ate any of these, but they do exist.

Someone should be prosecuted for that. 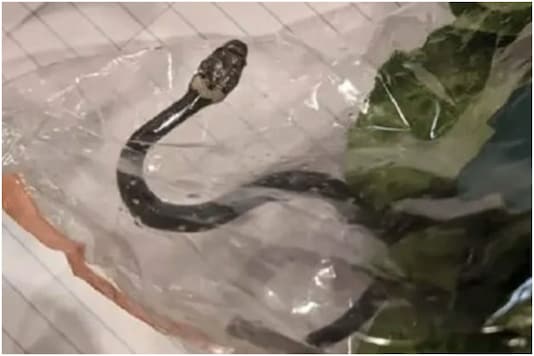 --
"I've been told my tastes in games is shitty. Instead of getting offended I agree. As most new games are shitty. So I counter and ask you is everyone's taste shitty then?" - Old Grognard
Quote

I used to be in the same sports team as an Australian countryside dude, when I was a teenager. He always turned his boots upside down and shook them, before putting them on. When we asked him why, he told us it was to make sure nothing bad had crawled inside the boots. He didn't do it consciously; it was just something he was trained to do by his parents. He claimed every countryside kid is taught that… :O
Quote

I've tried over 100 types of cheese on pizza and mozzarella melts and tastes the best.

Yeah, the texture of mozzarella when it's freshly from the oven is lovely.
Quote

April 16th, 2021, 06:55
Interesting fact of the day: The "fruit fly" (apparently the real common name is vinegar fly) has mega sperm compared to its size: 1.76 mm for the sperm compared to a little bit larger than 2.5 mm bodies.

It would be as if our sperm were more than half our body length. They also mate for 15-20 minutes. Legends in the bedroom

What's problematic with that claim?

an incarnation of pibbur who would like to tell you, eventually (and if necessary).
--
Over the mountain watching the watcher
Quote

Saw this claim on a TV show on Animal Planet or Discovery Science:

What's problematic with that claim?

an incarnation of pibbur who would like to tell you, eventually (and if necessary).

I don't see a problem with that claim, so please tell us, if you know better.

I don't see a problem with that claim, so please tell us, if you know better.

Maybe they wouldn't have such lovely hosts feeding them only the best fast food?

April 16th, 2021, 18:40
It's true that we would die if the bacteria disappeard.
Its's also true that bacteria in general would not suffer if we disappeared.

But what he does is comparing one species to a whole domain of organisms.

Tthe domaion is the highest taxonomic rank of organisms. There are as we see it now 3 domains:
We, togehter with all the other animals, plants and fungi belong to the Eucaryotes, all in all there are (one rough estimate) 10 million species in our domain.

Now, estimates like this vary a lot, but one thing seems certain: There are far more bacteria species than eucaryote species. And their properties vary a lot.

If the bacteria that are part of our normal flora in the gutdied out, we would certainly be in trouble. But that is only a tiny, TINY, TINY fraction of all the bacteria. Most of them are of no importance to us. OTOH some bacteria species would definitely run into problems if we disappeared, that is those for which humans are the only host. And of course, if all eucaryotes disappeared a huge fraction of the bacteria domaioon would die.

So this is what's wrong with the claim. Comparing one species to a group of millions and millions of very different species does not make sense.

PS. I can't here and now come up with a humans only bacterium, but I'm sure they exist (I will take a look). But I know of some viral examples, for instance the smallpox virus. Humans are the only host for that virus, which made it possible to, unlike for instance Ebola which also live in a few animals, eradicate smallpox (no cases since 1977). DS.

EDIT: Two bacteria species that are human specific:
Neisseria meningitidis (one cause of miningitis)
Neisseria gonorrhoeae (cause of gonorrhoea)
--
Over the mountain watching the watcher
Last edited by a pibbur; April 16th, 2021 at 19:15.
Quote

But what he does is comparing one species to a whole domain of organisms.

This and your arguments derived from that are of course true and I thought exactly of the same answer, when I started to think about your question.

But, if you think further: How do you know even those human specific bacteria would really suffer?

Wouldn't that depend on the exact way, how the humans (including their bacteria) would disappear: If it was quick and easy, maybe not much pain would be involved?

Moreover: Even if the process was slow and painful. Are bacteria even able to suffer? Doesn't that require some kind of either pain receptors or, on another level, feelings?

April 16th, 2021, 19:39
Good one, bkrueger. I see there are a lot of things to delve into, but I fear some of it would eventually belong to the you know what forum here, which I don't visit.

an incarnation of pibbur who has just found one (.. eh…more) thing for which he has no answer.
--
Over the mountain watching the watcher
Quote

April 16th, 2021, 19:40
@a pibbur But what if we take the number of living organisms into account? Aren't there more prokaryotes (or even just bacteria) than eukaryotes?

And I say "organism" on purpose, to avoid comparing the number of cells, which could probably not live independently in the case of the eukaryote

PS: I honestly don't know the answer, I'll try to find out

EDIT: the number of prokaryotes is apparently estimated to be 4 to 6 10^30, it's harder to find for eukaryotes because most articles are focused on the number of species and not the number of organisms. Which is understandable if we haven't identified them all…
Given their relative size and complexity, it's probably safe to say the prokaryotes win

April 17th, 2021, 12:51
I was underestimating them, there are unicellular eukaryote organisms (named protists) such as protozoa, unicellular algae, fungi or yeast. That makes them very courageous cookies.

No estimate found, even on the number of cells. But I'll argue that most of them have a prokaryote inside (the mitochondrion). So those bacteria and their cousins win there too with flying colours, even by counting the number of cells

Humans are insignificant, just one species, negligible mass and number of cells in comparison, and even each of those lives in symbiosis with what was probably a prokaryote. But maybe the comparison of this TV show makes sense 1) because we are the "dominant" species and thus we need to compare the rest of the living world to us, and 2) as an insignificant species we threaten quite a lot of others.

PS: makes me want to watch again the wonderful series on Earth and nature by Attenborough.
Quote