Lays of Evenheart - fantasy life sim with turn based combat

Realms of Arkania meets Crusader Kings as a medieval life simulator in a high fantasy setting. Combat is inspired by Knights of the Chalice however I'd like to stress this isn't a D&D game. 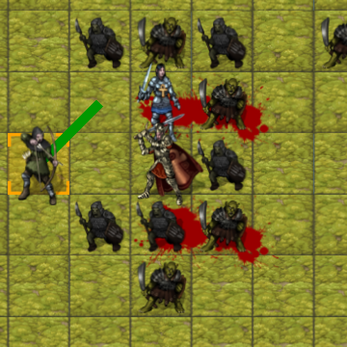 ------
Experience the unfair random brutality of medieval life in a fantasy world. Raise a family, slay monsters, run businesses, and explore an open world full of dangers and adventure. When you die, step into your children's shoes and continue your family's legacy.

Unfair: You are a guest in this harsh world that has been living without you before and will carry on after it has dispatched you. Not a superhero who slaughters hundreds of enemies in a single afternoon without batting an eye. You start as a vulnerable commoner who has never held a sword in his life, and the difficulty of combat reinforces this notion. RNGesus rules with an iron fist here. Even the mightiest of knights in peak condition can be instantly killed by a single lucky arrow, shot by a frail goblin who has never used a bow in it's life.

Random: Randomly generated world map. Thousands of random events offering a wealth of choices and multiple outcomes. Many NPC companions all with unique personalities and likes/dislikes, they will leave the party if they don't like what you're doing.

Brutality: Choice and Consequence. Women, elves and dwarves face constant restrictions (but they have their own advantages too). Death is quick and irreversible, you cannot reload old saves. Death is permanent, no second chances.

This Unfair Random Brutality design philosophy comes from a game called STWALT, made by urb from mudandblood.net. You can read more about unfair random brutality philosophy here.

Journey across the lands on a large overworld map. Fight turn-based battles on a grid. Decide youre done with adventuring, get a stable job as a farmer, blacksmith, guard, etc. Find a spouse and produce an heir. Play as your heir once your character dies of old age. There's an overarching storyline too: demons are prophesied to invade a thousand years from now, will your family line survive?