a pibbur who recently had a coronatest which shows he is not infected.
--
Over the mountain watching the watcher
Quote

Definitely a superior word for partyandfun. English, which is shameless in its Borg-like assimilation, ought to incorporate it.

I have a long list of Norwegian words I recommend added to the English language ( in addition to those already stole… eh absorbed).

a pibbur who suggests words like "humlepung", " istervom", "pingle" (all of them insults).
--
Over the mountain watching the watcher
Quote

Logo style : https://www.lego.com/de-de/product/u…ug-blue-853465
The one which looks like a yellow lego figure head doesn't seem t be available there anymore ?
--
"Any intelligent fool can make things bigger, more complex, and more violent. It takes a touch of genius and a lot of courage to move in the opposite direction." (E.F.Schumacher, Economist, Source)
Quote

I have a long list of Norwegian words I recommend added to the English language ( in addition to those already stoleâ¦ eh absorbed).


Any chance of a translation for those of us who are mono-linguistically challenged, please?
Quote

a pibbur who found this in a mail from CodeProject.
--
Over the mountain watching the watcher
Quote

--
"Good people do all the things bad people do. It's just that when they do them, they call it justice.
Quote

Any chance of a translation for those of us who are mono-linguistically challenged, please?

"Humlepung", "humle" can mean two things: "hop" and "bumblebee". "pung" can mean "pouch" and "scrotum". I would love for "humlepung" to mean "scrotum full of bumblebees". But the correct translation is "pouch full of hops". Why it's used as an insult, I don't know.

"istervom"="fat gut". It's use is general, not a specific insult for overweight people. It's use as an insult seems to be quite old, the corresponding old Norse word is "istrumagi". See "How to curse in Norse" (http://housebarra.com/EP/ep04/12norsecurse.html).

These two words aren't much used today. And when they are, it's usually in a humorous way, as a very mild reaction to a funny mistake by for instance the wife. Yes, I've called her that on several occasions, and she hasn't divorced me. Calling someone a "humlepung" here on the watch, should not be regarded a violation of the TOS.

"pingle": Commonly used. Someone/something tiny, weak… The adjective "pinglete" is used to describe something as weak and tiny. The other day the wife and I went to see a doctor. These days waiting rooms are stripped from anything that could carry corona, but there was a plant, which seemed to have seen better days. I described is as "pinglete". There is actual an unrelated obsolete dialect word "pingle" in English, which according to en.wiktionary is supposed to mean "a small piece of enclosed ground". Doesn't seen related to me.

I'll give you a couple of other useful Norwegian words.

Another (humorous) insult: "øge"="eye". Don't know why it's an insult, but then, I guess any word may be used as insults in some context. If I for instance called someone a "lousy keyboard", they wouldn't see that as a compliment. Myrthos should decide if calling "Eye" an "eye" violates the TOS.

"sprettskit"= "jumping turd". This is not an insult but AFAIK a rather common phrase used in the northern part of Norway to describe someone small. I first heard it when the wife and I watched the 1982 Football World Cup final. There was this German player, Littbarski (1.68m), who the wife referred to as a JT. I'm still laughing.

Another expression: "Gammel Erik"="Old Eric" which means "the devil". Maybe this one is used in other languages, after all there are a lot of lesser evil names for the horned psychopath. Interestingly, there is also a cheese produced in Namskogan@Norway (in the Trøndelag community) called "Gammel Erik". Naming a cheese after the devil probably says something about the taste. I haven't tried it, but would I, if I could find it? Of course I would.

a pibbur who suspects someone would refer to as "a f*cking pibbur".

EDIT: I took a closer look at "sprettskit" on the net. The references I found claimed it means a self-important person, and as such is an insult. But that's not how the wife uses the phrase. Needless to say (saying it anyway) I (pinglete) have to accept the wife's interpretation of the word.
--
Over the mountain watching the watcher
Last edited by a pibbur; November 18th, 2020 at 18:01.
Quote 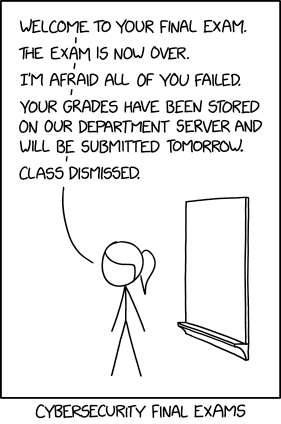 a pibbur who actually took some time before he understood it, which is kind of embarassing and he decided not to mention it.
--
Over the mountain watching the watcher
Quote

Start - Stop - What a pity !"
--
"Any intelligent fool can make things bigger, more complex, and more violent. It takes a touch of genius and a lot of courage to move in the opposite direction." (E.F.Schumacher, Economist, Source)
Quote 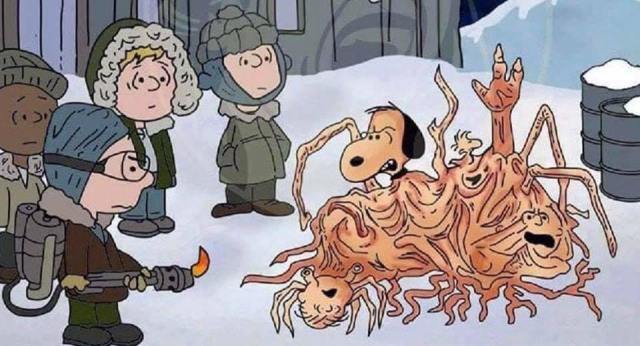 A pibbur who has got a thing for Snoopy.
--
Over the mountain watching the watcher
Quote

November 26th, 2020, 19:00
Happy Thanksgiving to those celebrating it! For those of us into Troubleshooter, it's time to work on our defensive masteries:

November 27th, 2020, 20:11
Where is that from ???
--
"Any intelligent fool can make things bigger, more complex, and more violent. It takes a touch of genius and a lot of courage to move in the opposite direction." (E.F.Schumacher, Economist, Source)
Quote

A Korean SRPG called Troubleshooter with a cult RPGWatch following.

Link - https://store.steampowered.com/app/4…oned_Children/
--
"Good people do all the things bad people do. It's just that when they do them, they call it justice.
Quote

a pibbur who remembers when he had to go anywhere without a mask. He is one of those who looks prettier the more he hides of his face (hence the long hair and beard).
--
Over the mountain watching the watcher
Quote

Another great one, JDR.

a pibbur who admits that this time he had trouble remainng seated on his chair.
--
Over the mountain watching the watcher
Last edited by a pibbur; November 30th, 2020 at 14:28.
Quote

That's the best one I've seen for ages. I missed it, because it seems that images on here hosted by Facebook are being blocked by some security setting of mine.
--
"An era can be considered over when its basic illusions have been exhausted." Arthur Miller
Quote