Aeon of Sands - interview about themes

December 19th, 2018, 00:40
The Gazette of Independent Gaming has interviewed us for Aeon of Sands, and we got the chance to talk about the themes, the narrative and the tools we used to develop the game. 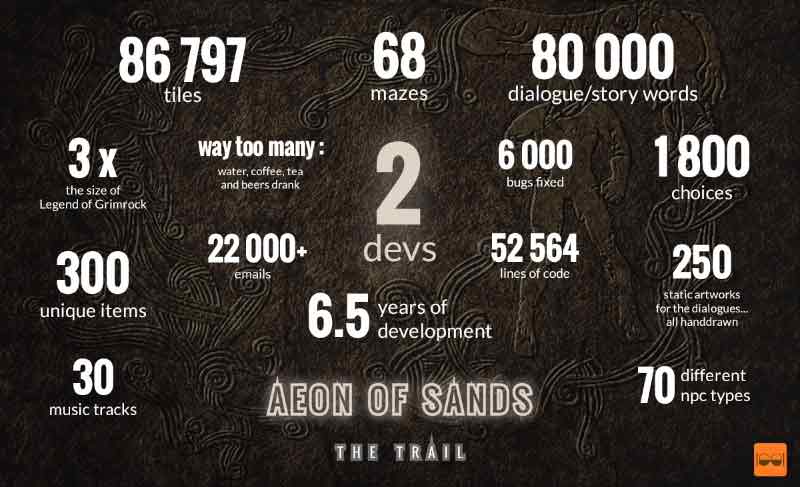 How often does an exchange on a games forum evolve, not only in a sincere friendship, but also in a fully developed, commercialised game?
Not often, I bet.
Yet, thats the real lore behind the game Aeon of Sands, the first released game from Two Bits Kid.

Click here for the whole interview on GOFIG site!

Aeon of Sands is available on Steam since the 4 of December, for Windows and macOS, check out for more: https://store.steampowered.com/app/9…ds__The_Trail/
Quote