It's a 10.7 GB update, so not such an inconspicuous download.

Here are the patch notes:

Apparently, I already have 200+ hours registered in Steam for that game. I find that somewhat suspicious, isn't Steam overestimating the running time of the games? It's not the first time I notice that.

Is there  a grand total? Just to see how many years we've spent on gaming?

Nope, but I opened the page with all the game, from the profile, used two lines of Python and got 2626 hours. Let's do the same on GOG and add it: 3049 hours total, it's not that bad. Of course it doesn't include NWN, Morrowind, Fallout 3 and other old games, only those of the last 11-12 years or so?
Anyway, I'm sure most of you have a lot more

July 15th, 2021, 14:12
I leave many games, especially turn based, running in the background so my numbers are not accurate at all.
Quote

I leave many games, especially turn based, running in the background so my numbers are not accurate at all.

Sometimes I do that in Winter, to heat up the room, but I'm using a flight sim, more efficient

(so it's not in the count)
Quote

July 17th, 2021, 12:31
A little video of Mortismal Gaming presenting the beta 3. I was hoping that WolfheartFPS would release something, but at the moment he's completely immersed in BG3 with gameplay videos of 5 and 10h

July 20th, 2021, 19:46
Another video, this time focused on updates in the crusade system. That's the feature still being developed, and apparently it's taking shape!

He speaks about the crusade system and the "auto" setting, which should interest fans of Kingmaker who didn't like the Kingdom Management feature:

I hope this new partnership (my EDIT above) doesn't make it even harder to get a stable September releaseâ¦ it's already looking difficult as it is.

I recommend assuming a delay and being pleasantly surprised if there isn't one. I would bet a modest amount of money on it missing its announced release date.
Quote

I recommend assuming a delay and being pleasantly surprised if there isn't one. I would bet a modest amount of money on it missing its announced release date.

Right now and seeing what's left to fix on the beta 3 update (and that's only in the part we see, excl. ch 4 & 5), I'm actually hoping for a little delay. Perhaps it's become more complicated with the new publisher partnership since decisions are not only in Owlcat's hands anymore.

We'll see how it goes, either way I'm sure it'll end up as a great game, but I hope they don't have to suffer from a bad release again.
Quote

July 20th, 2021, 21:00
The addition of Auto Mode is huge, and I like that it still gives you the option to fight the battles yourself if you want.

That's actually the first time I've watched footage of a crusade battle. It looks kind of fun if a bit simplistic. Do your companions have any participation in the crusade system similar to how they contributed to kingdom management in Kingmaker?
Quote

That's actually the first time I've watched footage of a crusade battle. It looks kind of fun if a bit simplistic. Do your companions have any participation in the crusade system similar to how they contributed to kingdom management in Kingmaker?

In the first beta, there were still companion or other NPCs as advisors, but there were fewer domains. Now it's simpler and more flexible, but they're still working on it.

Currently, there are still events and projects, but they're assigned to a council, not an advisor. When the council tackles the problem or the project, each member offers an alternative to deal with it. It's like a conversation where you can select a council member to solve the problem in a specific way. I think the idea is that the outcome, so the benefit for the crusade system in case of success, will depend on who is selected to deal with it, I suppose the DC is different too.

There are still a lot of placeholders and it's not complete, so hard to say exactly how it'll be, but it looks that way.

The composition of the council will depend on the mythic path chosen by the player, too. The whole system feels more cohesive than in Kingmaker, even though there are more parts (party with classes, mythic path, crusade system with armies and crusade management).
Quote

July 20th, 2021, 22:49
Well given the current climate of gaming is delay, delay, and delay again my magic 8-ball says expect a delay. Yep cynical I know but that's my experience with Early Access.

On the other-hand they better fix those bugs we don't want another Kingmaker.

July 20th, 2021, 23:07
The army battles were a it on the simple side so nice to see some work done on them. Auto-mode is also pretty cool to add for it.
--
Character is centrality, the impossibility of being displaced or overset. - Ralph Waldo Emerson
Quote

Pathfinder: Wrath of the Righteous Update #92 - Its Now or Never

Today we are bringing you a final reminder, along with the beautiful and high-quality wallpapers with Areelu Vorlesh, the game's main antagonist. For those of you who ever wanted to obtain them, you can find and download them here.

There is very little time left before the release of Pathfinder: Wrath of the Righteous. The new adventure in the world of Golarion will begin in less than 2 months!

For Heroic Deeds, the Right Music


As you know, music is an important part of our games and that's why it should be memorable and of highest quality. Today we introduce a new composer, who helped bring the music of Pathfinder: Wrath Of The Righteous to life. Meet Pawel Perepelica, composer and multi-instrumentalist from the city Pyatigorsk in southern Russia.
[…]

Link to the track:

loading…
Where the Faithful Lose Their Way | Pathfinder: Wrath of the Righteous OST
Quote


This Friday at 10 am PDT/1 pm EDT/7 pm CEST/20:00 MSK we will have a special stream with guests - voices of Woljif @TomAglioVO and Minagho @LSheppardVO will join us on Twitch!
Leave your questions in the replies, and we will make sure to ask them!

Link to their Twitch 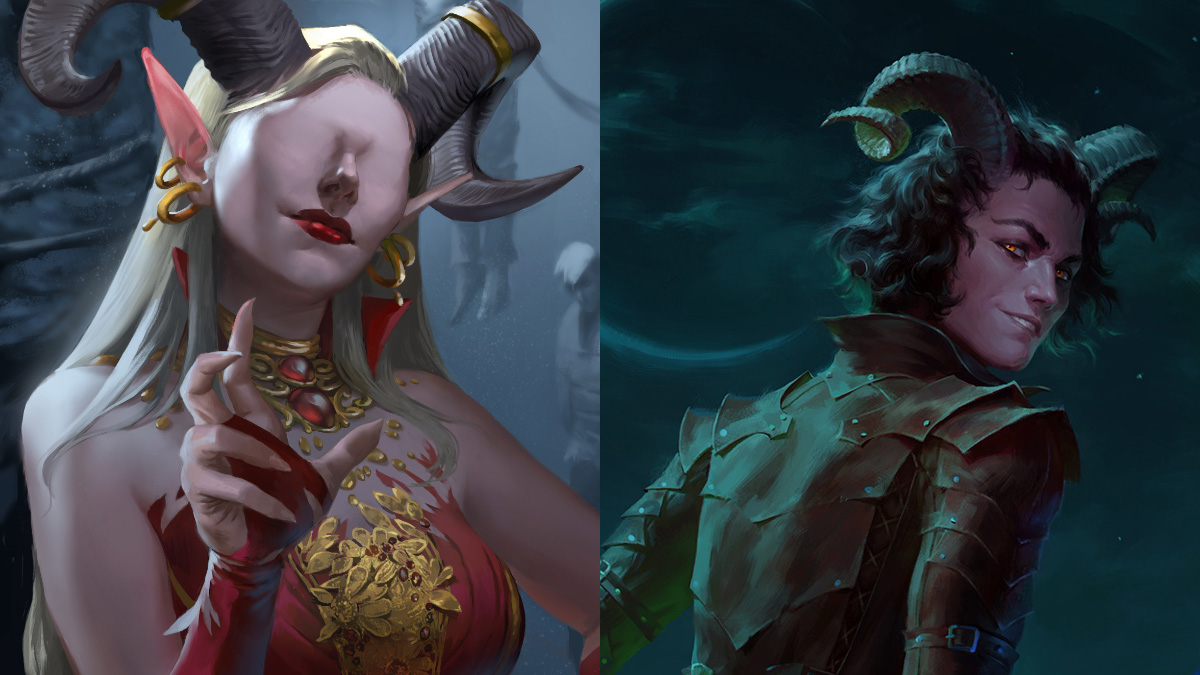 Spoiler
I know the queen was very unhappy I let her go but frankly the Queen can go to hell … but instead she fired her commander who had made better progress against the demons than any previous crusade, all because she was jealous of his attention, and then tried to get rid of him by sending him to hell to do the dirty work she lacked the courage to do herself. I have grown to despise the queen at this point.
--
Character is centrality, the impossibility of being displaced or overset. - Ralph Waldo Emerson
Quote

She is pretty funny though (Minagho) and I wanted to like her even though I know she would kill me in a second.

She is, I enjoy the little play between her and Staunton