July 8th, 2019, 11:31
Some updates for The Lays of Althas: Sundered Order revisit Bordrima and explore the domesticated creatures of Althas.

These next three images not only feature many new small details added throughout the town, but also prominently feature the ruins of the ancient city of Randell, the crumbling citadel of which overlooks the current town. The ruins have served as a place of refuge at times, periodically fortified with temporary wooden structures, but it has been a long time since that has been needed. The ruins of the great bridge, which once saw traffic as the main route into the city from the couth, have been used as the foundations for the humble wooden bridge, now rarely traveled. Randell is another place that will be prominently featured in a future update. 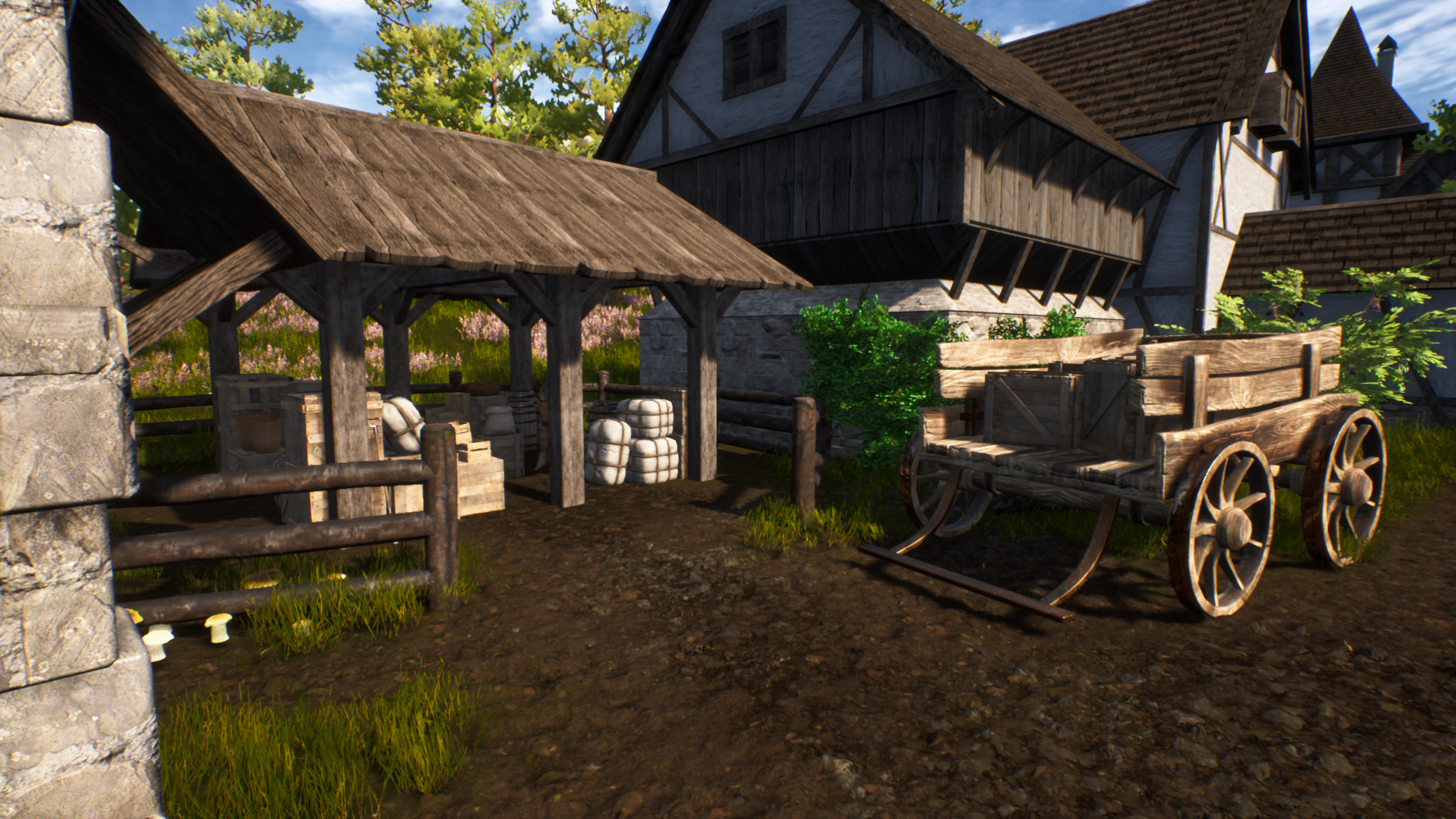 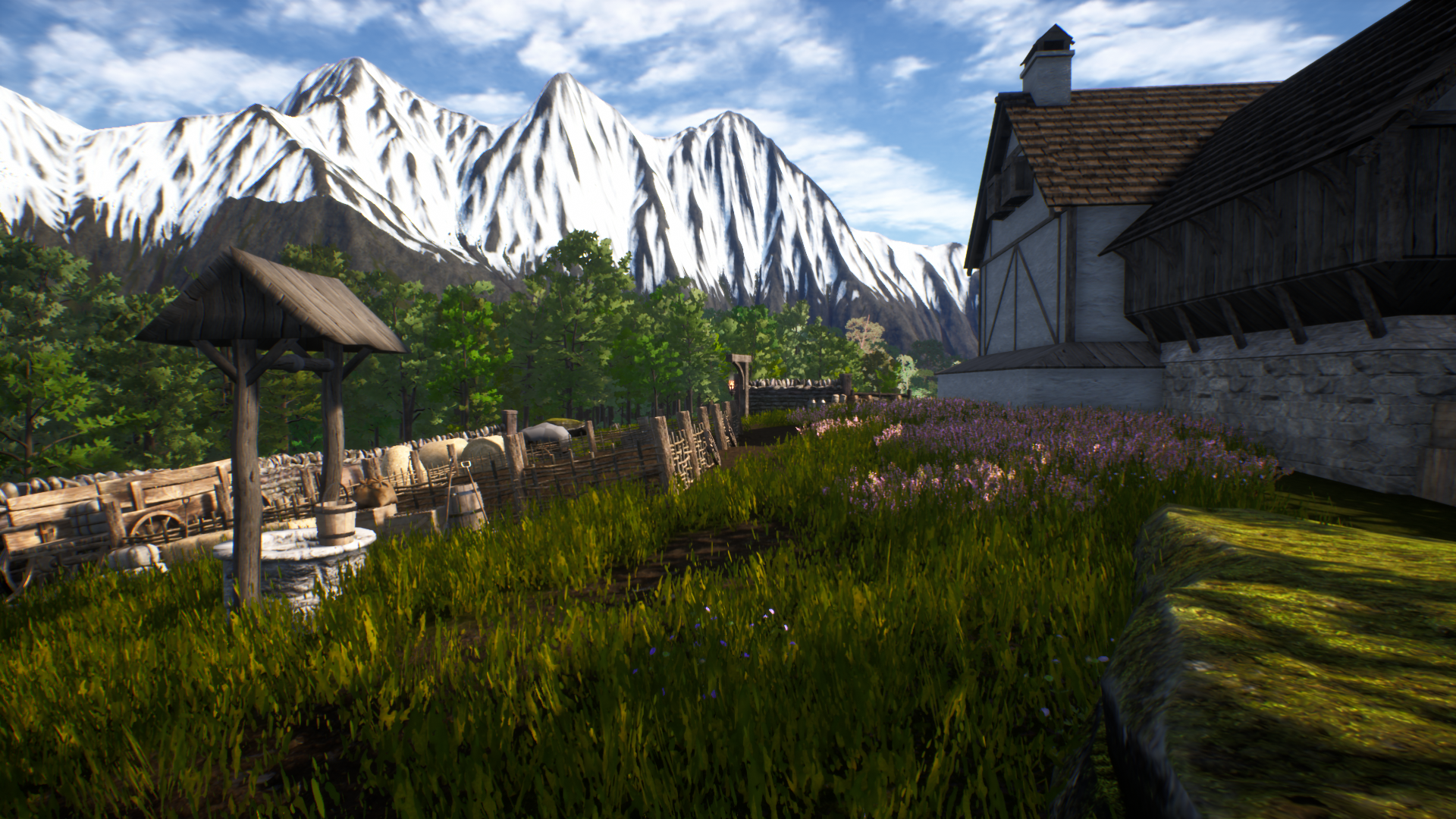 Our designers have also been busy in adding lots of details to spice up some old areas. In the first image, some small details help flesh out the area outside the general store, while in the second gives a previously empty space a lived in feeling while also giving you just a glimpse of the expansive and redone Faesholt Forest, which we will be diving deeper into soon.

That's it for this update. There will be a variety to come in the coming weeks and months, so stay tuned.