A full explanation of what the CE contains, can be found here. 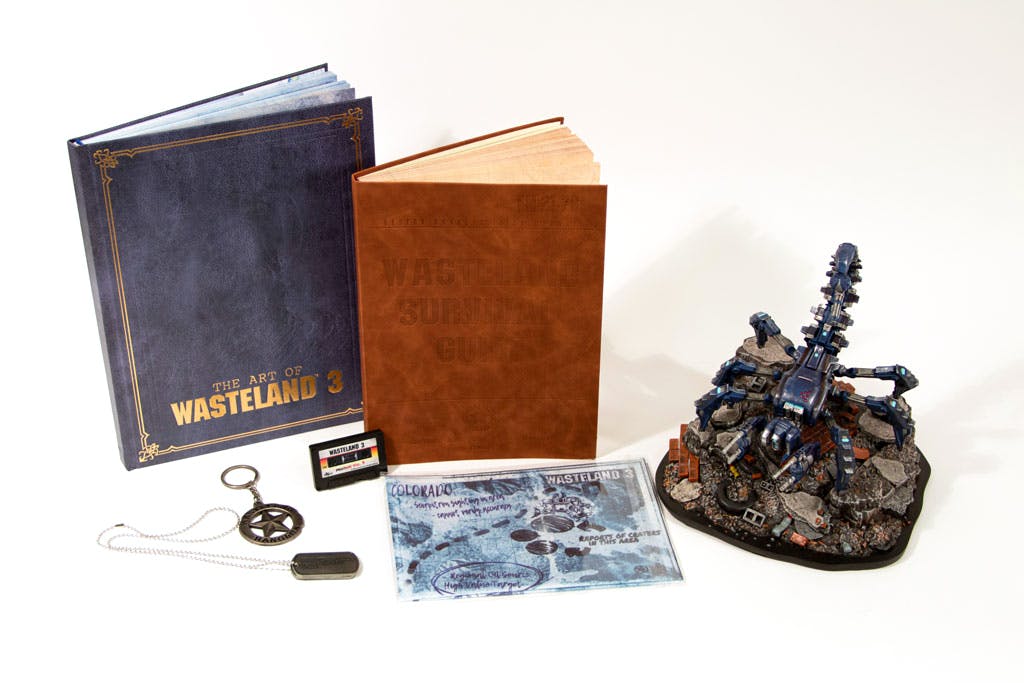 You will be mine, precious, come to papa!!!

Not only yours! ;D
Quote

February 11th, 2020, 19:58
I love that MechaScorpion sculpture, but HATE the stupid trainwreck of a game. What to do?
Quote

February 12th, 2020, 00:15
Was quite happy about the Beta-Demo and surprised to see the CE content. I mean a game would have been nice, but at that price I was actually quite impressed to get such a statue in it. Something like that usually drives the price up quite a bit on AAA products. Had to check twice to confirm it's actually contained in my pledge.
--
Doing >Let's Plays< and >Reviews< in German. Latest Review: Pathway
Mostly playing Indie titles, including Strategy, Tactics and Roleplaying-Games.
And here is a list of all games I ever played.
Quote

February 12th, 2020, 01:05
I know I've said this before but, if you tried Wasteland two and didn't care for it as it was initially released, you truly should give the director's version a whirl. You'll be happy you did so!!
Quote

I know I've said this before but, if you tried Wasteland two and didn't care for it as it was initially released, you truly should give the director's version a whirl. You'll be happy you did so!!

Yep but I didn't like some of the changes in the director's cut version.

They removed some puzzles and changed a few quests.
--
Progress isn't made by early risers. It's made by
lazy men trying to find easier ways to do something. ― Robert Heinlein
Quote

February 12th, 2020, 09:47
Can't wait for this one to arrive!! So much better than the Wasteland 2 CE. Wasteland 3 is shaping up to be an awesome game in an awesome box!
--
Favourite RPGs of all time: Wizardry 6, Ultima 7/7.2, Fallout2, Planescape Torment, Baldurs Gate 2+TOB, Jagged Alliance 2, Ravenloft: The stone prophet, Gothic 2, Realms of Arkania:Blade of destiny (not the HD version!!) and Secret of the Silver Blades.
Quote