July 15th, 2021, 15:37
The latest update for Gloomhaven brings new content for what is the last early access update this year before full release.


The latest release for Gloomhaven has now come upon us.
With this new chapter, you will be able to:

Careful, this trailer contains spoilers for the Saw mercenary:

We care to let you know that on top of working on these updates, the team works hard on implementing the key elements (structure, features and missions) necessary for the board game campaign to be released.
Here you can take a more detailed look at the updated roadmap for the year!
As you can see, this was the last major Early Access update and our next and primary goal is to release the board game campaign. 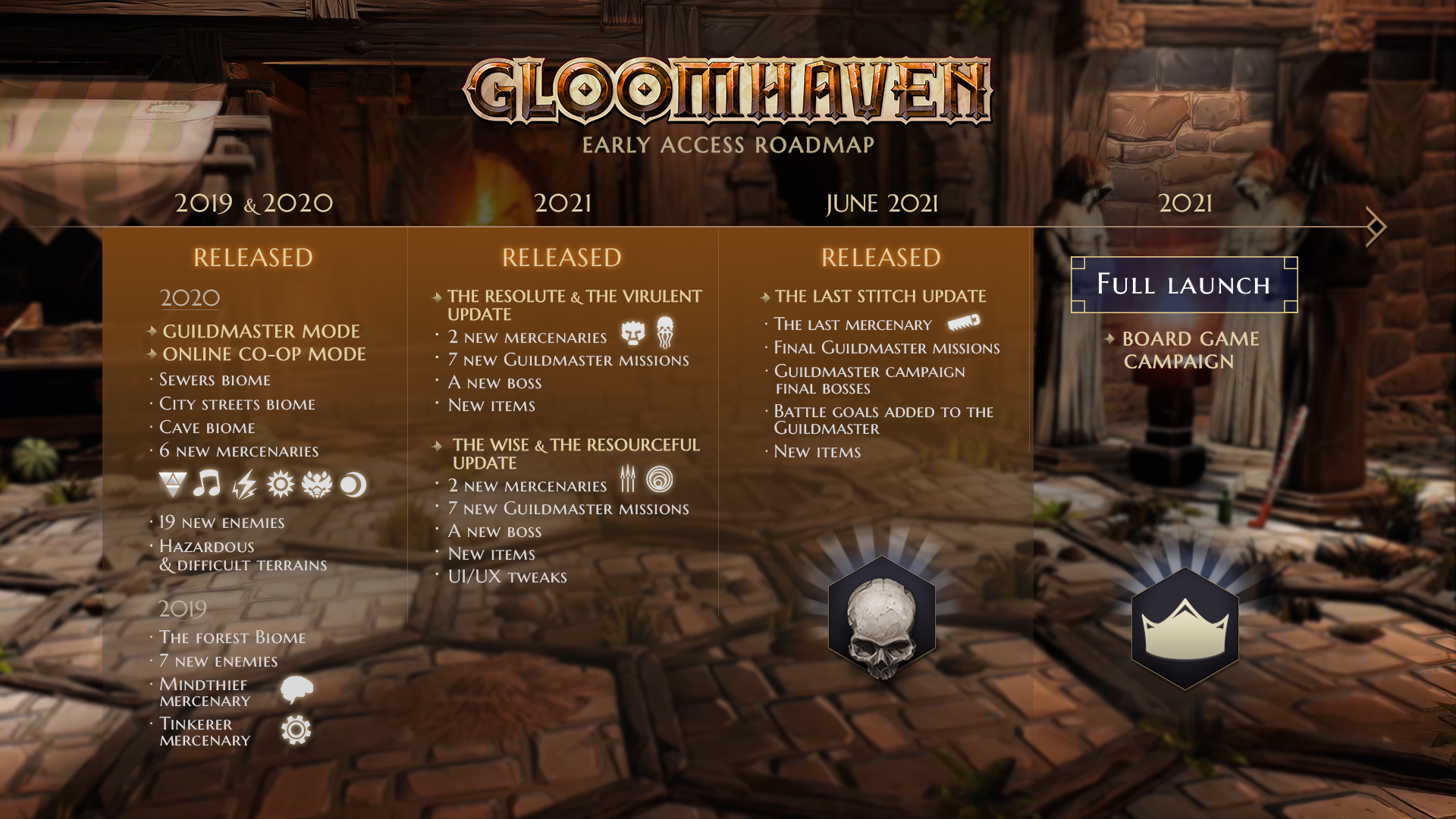 (We're aware of a mistake on the roadmap regarding the split gold feature as it is not being implemented yet, and we will be updating it as soon as possible.)

July 15th, 2021, 17:39
Can't decide how I feel about a digital version of a board game. What I like about board games is the actual board and physical stuffâ¦but I I'm not investing in this game so maybe I can try digital if it's good. Hard to think it's not better to just play regular games made for digital play.
Quote

July 15th, 2021, 17:42
Colour me as another waiting for the full release of this. I've heard good things about the board version, so I'm hoping the digital one can catch some of that.
Quote

July 15th, 2021, 18:07
I wasn't fond of the board game… too many bits and too fiddly. Imo, because of that, it is the kind of game that is perfect for a digital conversion, where a lot of that upkeep can be handled by the game.
Quote

I wasn't fond of the board gameâ€¦ too many bits and too fiddly. Imo, because of that, it is the kind of game that is perfect for a digital conversion, where a lot of that upkeep can be handled by the game.

Also waiting for full version. I've played about a dozen campaign missions IRL and agree with the fiddliness being a bit of a turn off for the original game, setup, take down and the plethora of moving parts can be a bit of chore… There's a nicely done tablet playing aid app that really helps with tracking everything in game. There's also a really good TTS version of the game using assets provided by Issac Childres if you want to play digital but still have the freedom to do whatever, add fan material or house rules etc.
--
"You will find your death pleasant, but your fate unbearable." - Hionhurn the Executioner
Quote

July 16th, 2021, 11:22
My wife bought me the board version for Christmas. I think I spent 2 or more hours setting it up for the first time. And then I lost the first scenario due to a fundamental misunderstanding of the nature of the game: it's not just HAVE FUN AND EXPLORE THE DUNGEON, it's MANAGE YOUR RESOURCES, EVERY ACTION COUNTS.

I will try to play again but setting it up is a chore.
Quote

July 16th, 2021, 18:15
Yeah I've heard from others about the "chores" aspects of the game, this is where I hope the digital version might make things a bit more palatable, with some quality of life adjustments. Let the computer do most of the resource and building management, says I!!
Quote