September 2nd, 2021, 09:19
The long awaited RPG Pathfinder: Wrath of the Righteous will be released today:

Your path will lead you to the Worldwound, where the opening of a rift to the Abyss has unleashed all-consuming terror across the land. For over a century, the neighboring nations have fought fearlessly, trying to drive the enemy back - but to little avail.

Now, you have the chance to put an end to this conflict, but the path to salvation is far from clear-cut. Will you become a shining angel, backed by noble paladins? Or a powerful necromancer with hordes of immortal undead in your thrall? Or something else entirely? Lead your army and challenge mighty demon lords. Your crusade will set in motion a chain of events that will leave you - and the world itself - forever changed.

Play Your Hero, Your Way

Create any character imaginable with the flexibility, richness, and depth of the Pathfinder First Edition ruleset. Choose from 25 classes, 144 archetypes, 13 prestige classes, 12 character races, and more than a thousand spells, feats, and abilities to suit your personal playstyle.

For Every Choice, a Consequence

Your decisions have more weight than ever before. Your goal is clear, but you must forge your own path to it. Who will die, and who will live? Who will stay, and who will go? Make your choices, and watch the world around you change.

A New Way to Fight

Enjoy two combat modes as you slay your enemies - real-time with pause or turn-based. Switch between them on the fly, so you can always take things as slowly - or as quickly - as you like. The unique Pathfinder ruleset also allows you to perform advanced combat maneuvers, like mounted combat. Use them wisely!

A cast of more than 10 unique companions is ready to join your cause. Earn their trust and respect, and they will have your back no matter what dangers lie ahead. And if you get on their bad side, well… Maybe it's time to part ways.

You will need much more than a party of adventurers to cleanse the land of its demonic scourge. Take command of the crusaders and lead them to victory - both as a strategist, controlling the battle from above, and as a field commander, in a new tactical combat mode.

Explore nine unique Mythic Paths: obtain extraordinary abilities and shape everything that comes next. Your decisions might transform you into a celestial Angel, a raging Demon, a powerful Lich, a cunning Trickster, an otherworldly Aeon, a rebellious Azata, a wise Gold Dragon, an insatiable Swarm That Walks - or remain mortal and walk the arduous path toward becoming a living Legend.

Kind of unusual…it just struck me that I play almost all games either in "early access" or far after the actual release. I almost never start playing any game on the actual release date, interesting to see if it will come to bite me in the ass.

Oh well, I expect I'll be stuck messing around with character-creation so long, that any "emergency patch" will have time to arrive.

September 2nd, 2021, 09:49
A little bit of reading to prepare yourself while it's loading and getting ready

(the first part was a video a few days back)

Last time, we talked about the most common types of demons you're likely to encounter in the Worldwound. Today, we'll be looking at some more of your potential enemies. 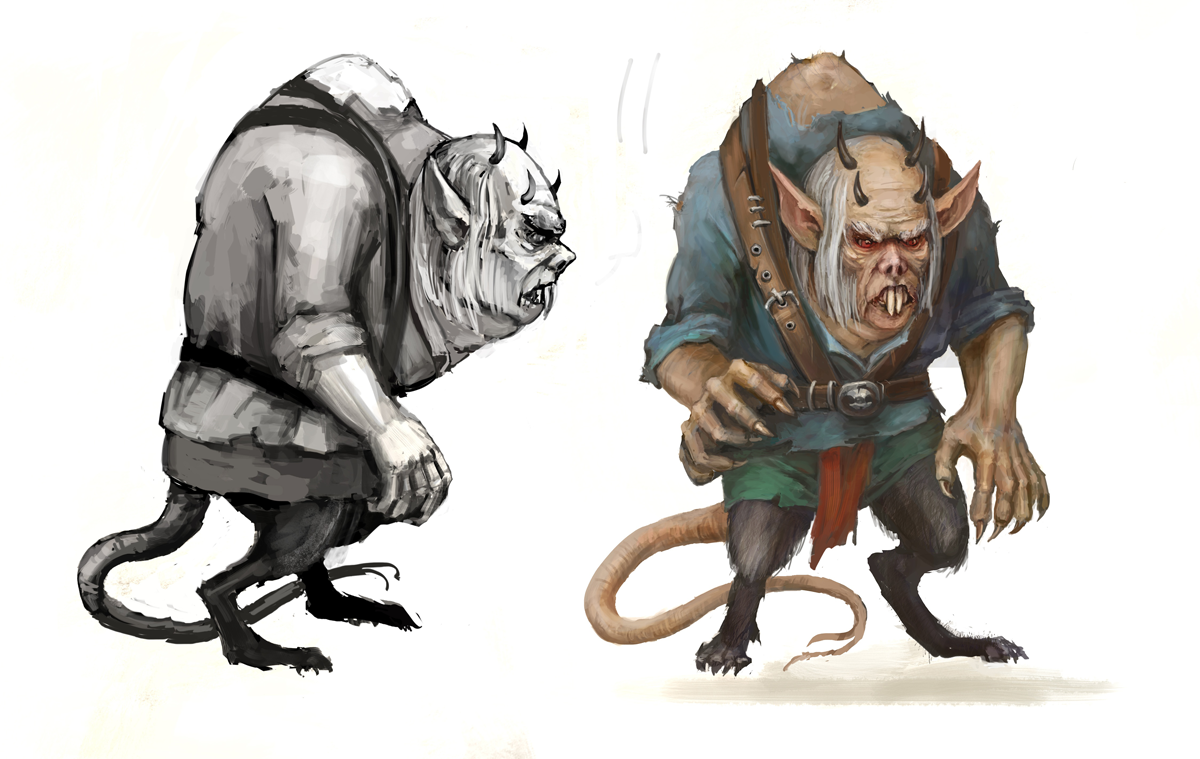 Abrikandilus are born from the souls of mortals who used to destroy works of art and things of beauty out of pure envy.
Abrikandilus look like malformed hunchbacks with forked rat tails. Their bite is truly horrible and can leave mutilating wounds that don't heal for a long time. In demon wars, abrikandilus typically act as foot soldiers who favor neither weapons nor armor - rather, their urge to destroy any and all displays of beauty works to demoralize the enemy.
The only thing that abrikandilus loathe more than beauty is looking at themselves in the mirror.
[…]

September 2nd, 2021, 10:27
Will start with char creation this evening and hopefully will have char ready to get some hours of gameplay during weekend. Finally its here!

September 2nd, 2021, 16:08
Still waiting for it to open ….. fingers tapping desk …
--
Character is centrality, the impossibility of being displaced or overset. - Ralph Waldo Emerson
Quote

I could be wrong, but I read on the forums it unlocks Noon EST.
Quote

I could be wrong, but I read on the forums it unlocks Noon EST.

On another note, it's cool to see that even the folks behind Encased are promoting Pathfinder :

Encased and Pathfinder both being released in the same month, such a great time for rpgs :-)
Quote

Better to rely on the timing they put in their Discord.

FYI, I've seen there were reports of virus detection for the GOG version, but I haven't seen any official comment on that except "it's possible that it's just a false positive", which it probably is. With a bit of luck, it will go away with the update.
Quote

Gets confusing when you want to watch all these game live-streams nowadays.

Gets confusing when when you want to watch all these game live-streams nowadays.

That's frustrating. No car for him to wash, or something like that?

We do have the metric system (and the Royale with Cheese

), but not much is coming out of it either. It's been decided that individual countries in Europe could fix the time if they wanted to, but that's about it.

I'm not sure which I'd rather have, keeping standard time and waking up at 4am in summer, or keeping summer time and being in the dark until noon in winter. When I think about it like that, at the end of the day, changing twice a year isn't that bad.


That's frustrating. No car for him to wash, or something like that?

Not at 2 years old

September 2nd, 2021, 17:35
Character creation is going to take all day. Or rather, create-a-character then playing the first hour only to change my mind and create another. …and another.
Quote

September 2nd, 2021, 19:33
Ohhhh, so much goodness. I love the character creation. So much depth. So many options. Wow wow wow. Had to go back to work so I didn't go further than the festival where you start the game but the initial dialogs are certainly intriguing.
Quote

September 2nd, 2021, 19:37
I've updated the guide thread with recent videos on mythic paths by Mortismal Gaming. But who would have the patience to watch videos right now? I certainly don't

Very easy to be overloaded by all the choices in character creation, so I forged ahead with something that seems cool rather than let it paralyze me. I'm a Kitsune Wind Whisperer Oracle.
Last edited by JFarrell71; September 3rd, 2021 at 01:19.
Quote