September 11th, 2021, 23:17
The latest update for Xenonauts 2 talks about UI and Beta progress. Also last months progress update has some interesting tidbit about tactical changes if your interested.

This month, the team's been hard at work on Closed Beta V21 which is planned to release this week. 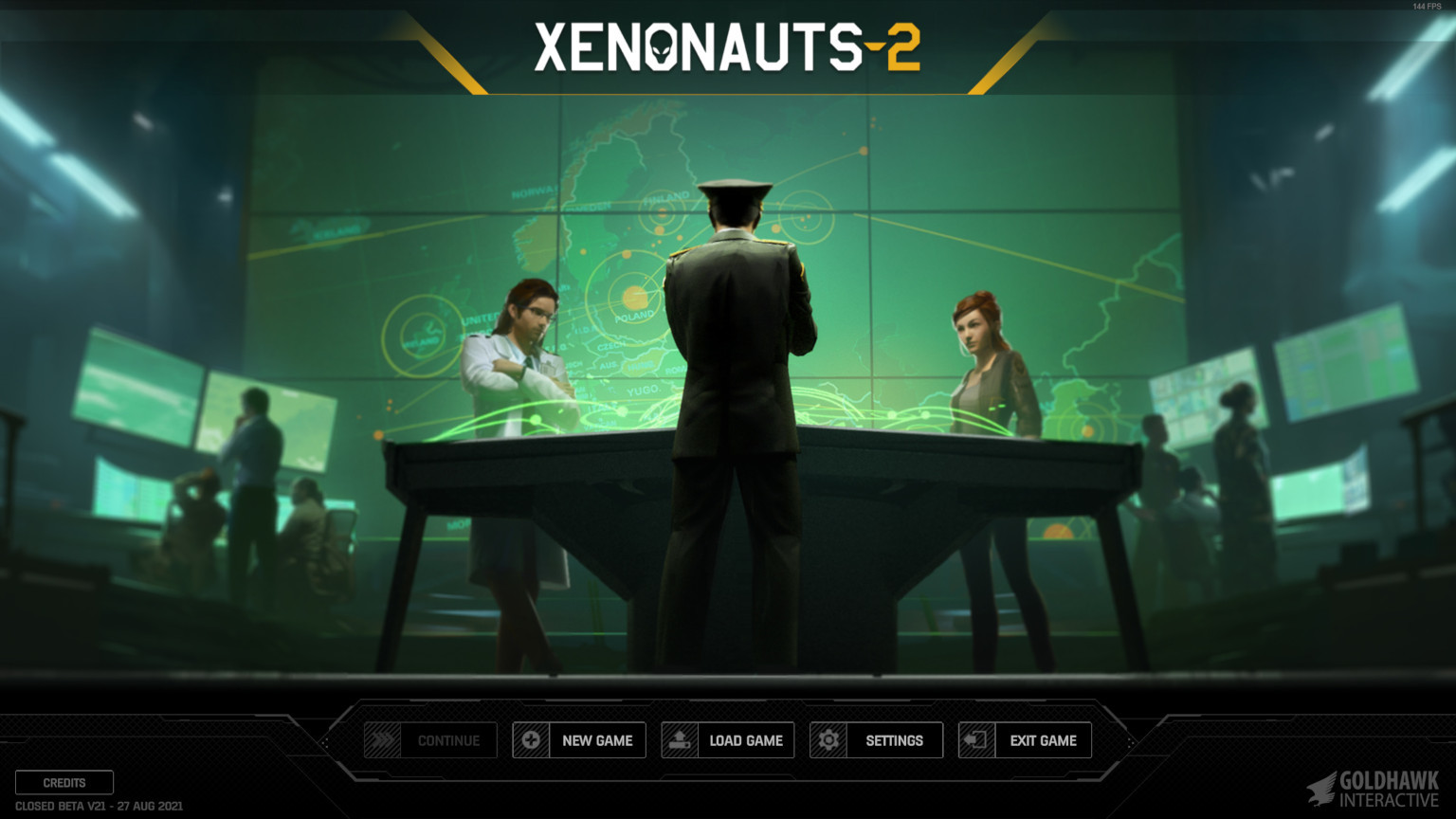 The biggest new feature in V21 is that we've implemented the final visual style for the Main Menu / Game Settings screen, and all the related sub-panels (Settings, Load Game, Save Game, etc). We've been working on this new UI style for quite some time now, and it's nice to finally be able to put it in the game - but there's also been a lot of time and effort spent on improving the usability and general polish of the screen. This includes everything from adding support for mass-deletion of save games to adding new UI sounds. Overall, it's a much more slick and stylish experience and it should make a much better first impression when you first boot up the game. We'll continue to roll this new UI style out to other parts of the game as development continues. 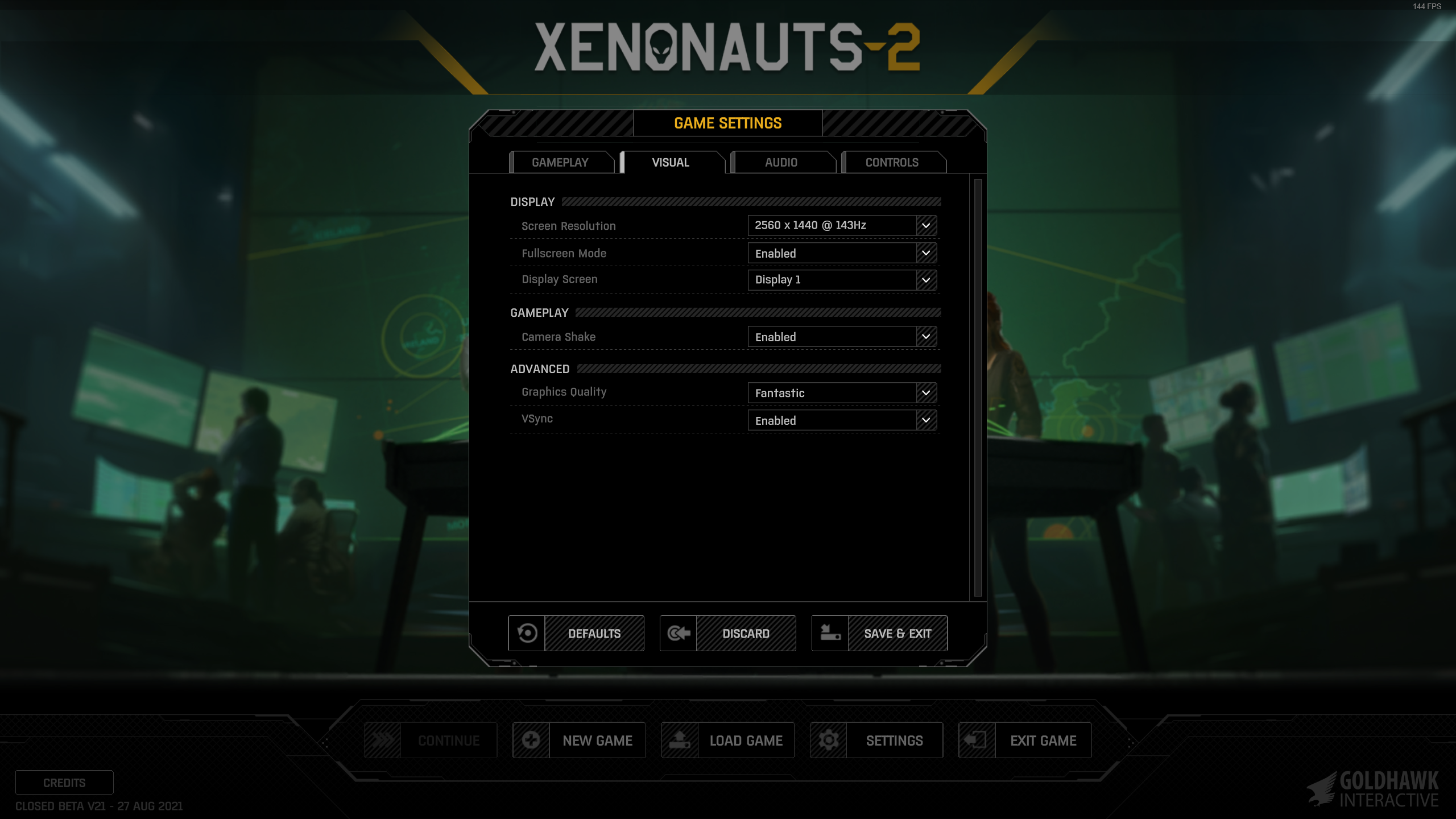 We've also worked on a number of things that haven't really made it into V21, but will be arriving in the next Closed Beta build. We've updated the early game so the war against the aliens starts a couple of months in, and you begin the campaign fighting the infiltrator faction called the Cleaners who are intent on suppressing knowledge of the alien invasion. Because the Cleaners are spread across the planet and have numerical superiority over the Xenonauts, this allows us to have mission objectives that don't make sense when you are fighting the aliens. For example, wave survival maps, VIP escort / assassination missions, extraction missions, objective capture, etc. Some of these should arrive in V22 and make the early game a bit more varied and exciting!

More work has also been done on the visual side of things. The updated Xenonaut models aren't quite ready to go in the game yet but should be fine for V22, and we're now working on modelling up a series of hairstyles for them so your units are more varied and easily recognisable. Work also continues on the tactical combat environments. The final visual pass on the Western Town tiles is now mostly complete (one of the biggest environments due to the number of different buildings in it) and we'll put them in V22, after which we'll move onto some of the other environments that need some visual upgrades.

There's also been some work on wall destructibility, as once a tile is visually finished we can do the final destructibility setup on it and then put it in the game as a finished asset. The wall "frill" system is designed to ensure destroyed walls have a natural-looking irregular edge (rather than the perfectly straight-edged hole you get if you just remove the wall). However, we also don't want these "frills" floating in the air if there's no adjacent wall for them to attach to, so we needed to do some work detecting whether there was a suitable wall on either side and only placing the frills if so. In any case, the important thing is that our destruction system should now be finished, which allows us to start doing the final destruction states on all of our finished assets.

We also implemented a couple of smaller elements this month too - difficulty settings are now complete, and there's a number of options we have to customise difficulty. This hasn't yet been finalised, as obviously the main campaign still requires some significant balance work.

The other new system is directional sound, which is intended mostly to allow us to play sounds when certain things are on screen (fire noises, the noise of engines running on vehicles, etc). Again, this is just useful for making the game feel a bit more alive.

Finally, we've made a start on the soldier dialogue / barks system. This is a simple system that generates (non-interactive) text dialogue from your soldiers based on things that happen on the battlefield. As a basic example, a soldier might say "I'm hit!" if they are shot by an alien. We're hoping to implement that in its basic form next month with some test dialogue to see if it's a good addition to the game (there's potential for it to be annoying if we get it wrong), and we'll spend some time making it as varied and natural as possible. We're hopeful that this system is going to make the combat feel a lot more reactive to your actions, but we won't know for certain until we've had a chance to test it!

We're aware that many of you who were not part of the original Kickstarter still want to jump into the beta - we were looking at doing this earlier but the excellent level of feedback we continue to receive from existing players, and the state of the game currently, mean that we haven't found the right timing for this so far.

However, we are still looking for opportunities to add more players to the beta. There's still a significant amount of balancing and gameplay work to be done in order to get the game to a point where that wider feedback will be useful, so please do continue to bear with us - thanks again for your patience on this so far.

Many thanks for reading and for staying up-to-date with our work - as ever please do join us the forums or the Steam community if you have any questions.