Dev-Diary: Animating a character in Gamedec with Mateusz Cios

Hi, my name is Matthew, and I am an animation lead at Anshar Studios. Today, I will show you the process behind creating a character as a fully animated final piece. 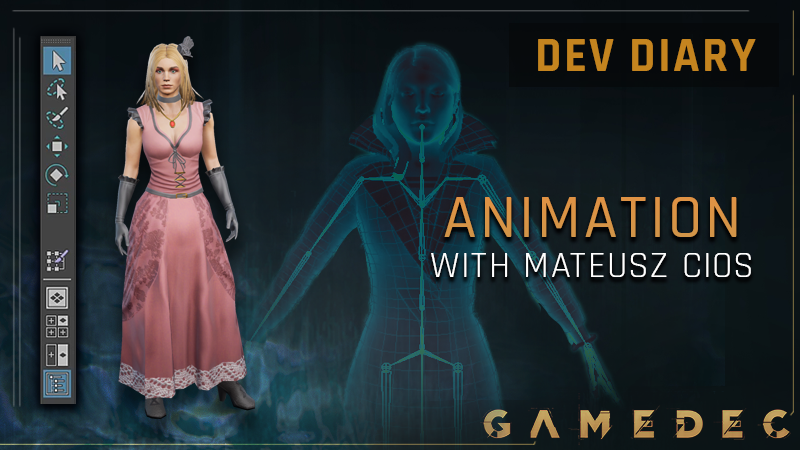 Before we start bringing our carefully crafted 3D character to life, we need to make it possible for it to move. Like an actual human, it will need some kind of skeleton. The process is a bit time-consuming and tedious because every mistake made here will affect our future work with the animation. Skeletal systems in 3d software are most often created using the hierarchy of joints, which visually look pretty similar to an actual human skeleton. We have to make sure that the joints are placed in anatomically correct places. We have to check if the joint orientation reflects the rotation that we want to work with. For anatomical correctness, of course, this rule can be bent while working on some kind of a stylized character, monster, or really anything else more cartoonish. Still, for a realistic character, it's more like a rule of thumb.

September 14th, 2021, 10:45
It's always refreshing to see posts like this. To a regular player it may seem trivial to get animations right, but it is really a daunting task, especially when built from the ground up for a new engine/project.

Kudos to Mateusz for giving it visibility!
Quote

September 15th, 2021, 05:10
Getting the animations right is hard. The skinning and weighting seems relatively simple by comparison, albeit tedious.

If you want to play around with some animations, have a look at the Mixamo site: