THE DECEMBER UPDATE IS HERE!

Chapter 1 now has a story mode, and encounter interface is updated

It's been a month since the last update. Most days were productive, but some were not - several people got sick or had to take care of their relatives who got sick (for here, it is the season of the first snow, that changes to rain, and then freezes into ice).

Such days normally fly under the radar if you have a larger team, or a longer period between updating the game. This time it had a direct impact on how many extra features we could add into the mix: we focused just on the two most impactful changes.

Well, such is the winter. And if we ever add winter season to Spire of Sorcery, then it will have an increased risk of receiving Infection tokens while traveling; a penalty of having one move point less; and a longer time to lose the tokens of Chaos after undertaking extra actions. 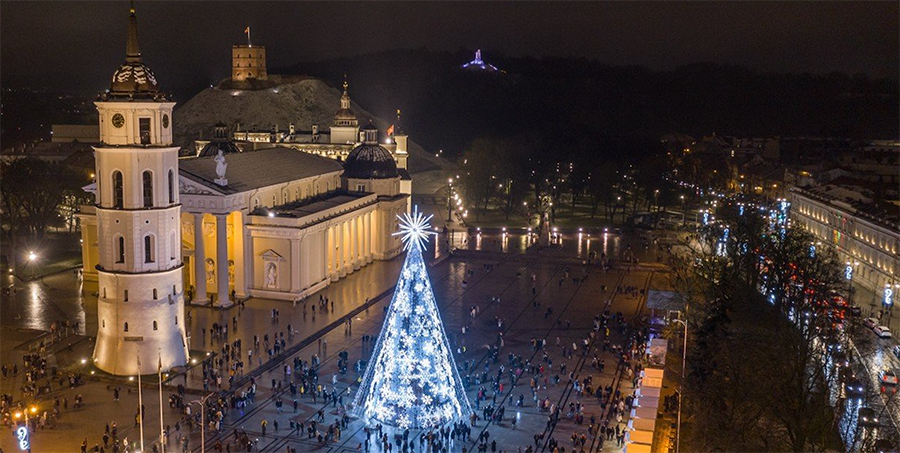 This is how our home city, Vilnius, looks these days.
Meanwhile, some good news: the sales of the game here on Steam are increasing, from one week to another, which we take as a sign that what we deliver with updates is exactly what players desire the most. Additionally, we started to talk to several publishers who expressed interest in working with our studio, and the vast majority compliment the monthly update schedule and the weekly development logs. This, they say, is the sign of the discipline. What they don't know, however, is how much coffee we consume each week to make it happen! :-)
WHAT'S IN THIS UPDATE?