There was a game I remember playing when i was little, for the life of me I can't remember the name, and I have searched to the depths of the internet and have come up with nothing. I also so long to play this game again as it was one of my favorites, even though i don't remember if it was actually that good.

I was little, can't remember the exact age I was, but to give an idea, I am now 20 and I think this game was on the ps2 or early ps3. I have bits of fuzzy memory of this game. To my best abilities I will try to describe it. I think it starts of with you choosing a character and it gives you several options, then you talk or listen to someone or something that gives you an objective, you start in a grassy field or hilltop, and then maybe run into the forest or something like that. I remember you go through levels in areas, you fight creatures of these levels, and once you get through all the levels of an area you fight a boss. I just remember going through a forest, then maybe a swamp, then a desert/canyon type area, then something like a mansion, and in the mansion the things you fight are really strange and whacky, and so is the boss. I don't think it was a baldurs gate game, as I remember playing that when I was little also, but I think it was of the same genre. Sorry for such a vague desription as like I said it was a very long time ago

At least if the point of view is similar to Baldur's Gate.

Staff Member
Maybe its one of these games?
https://www.ranker.com/list/best-playstation-2-hack-and-slash-games/reference
C

I dont remember if the point of view was the same as baldurs gate, it may have been third person.

Original Sin 2 Donor
It does sounds a bit like Dark Alliance 1 & 2 for PS2.

The mansion part sounds a bit like the Unrest zone from Everquest, could this have been an online game from about ten years ago?

Original Sin Donor
You can't remember if the view was isometric or third-person? 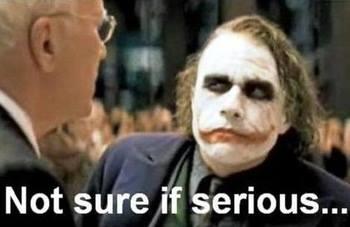 That could be a boatload of games, really. Mansions aren't all that common, though. Would one of the freaky monsters be like this boss?
https://youtu.be/U-JrijlwLMM?t=272

Or this monster? https://youtu.be/EO6vh-9SjEg?t=799 (though this guy seems to have modded his game?)


JDR13 said:
You can't remember if the view was isometric or third-person?
Click to expand...

He searched the depths of the internet. That's bound to cause mental trauma.
The very powerful and the very stupid have one thing in common: instead of altering their views to fit the facts, they alter the facts to fit their views…
-- Doctor Who in "Face of Evil"
You must log in or register to reply here.
Share:
Facebook Twitter Reddit Pinterest Tumblr WhatsApp Email Share Link