I saw The Menu last weekend. Great movie. Not for everyone, but if you like the trailer you should enjoy the movie. I thought my girlfriend would hate it, but she enjoyed it too.

I was going to write about a bunch of Hitchcock movies I saw recently, but I thought I'd focus on just one.

The Pleasure Garden (1925) was a pretty good film. I was surprised at how much I enjoyed this early Hitchcock piece. Easy watching romance/thriller.

Under Capricorn (1949) is ok. Much better for the acting performances than for the Hitchcock factor. Easy watching romance/thriller.

The Lodger (1927) was actually harder to watch than either of the other 2, but, upon completion, resonates both better and longer.

It's much more in the best Hitchcock theme of romance/horror, with a Jack The Ripper type premise. We join the story after a mysterious serial killer has already killed a few victims and foggy, cold London is already in the grip of suspicion and speculation as to who could be the evil one.

We centre on a household of lovely people, 2 oldy parents and their beautiful daughter and her potential fiancé. Everything is beautiful. But they live in the killer's zone of operation. And they have rooms for rent. And in walks... The Lodger:

Played to absolute perfection by the legend that was Ivor Novello, creating an iconic image that rivals nosferatu for most iconic horror imagery of the decade:

Another cold and foggy night passes by after he moves in. Another murder takes place. And it's taken place in the very close vicinity of our fateful heroine. And our fateful heroine is becoming very attracted to The Lodger. And her dejected fiancé is... a police detective assigned to the investigation of the serial killer. 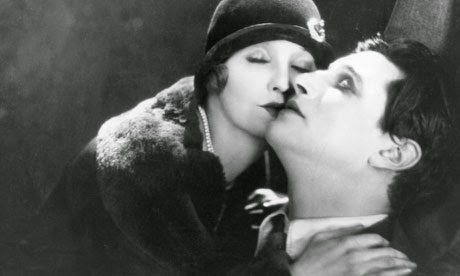 The dynamic of this scenario is played slowly. Hence the initial difficulty in watching a silent film try to gradually set-up a very complicated plot-line. But it bears fruit, lots and lots of very ripe fruit so that when the shit starts hitting the fan you are fully into everyone and their predicament. The romance scenes in particular are extremely effective. I'm not normally one for romance, but these scenes are so brilliantly performed that even I was wowed.

The film has undergone many restorations over the years, the most significant being a 1999 reworking of the score by Ashley Irwin and a 2012 attempt at converting it to tinted digital. The new score is probably the biggest drawback as there are two scenes where modern music is used, including singing, which feels very out of place in a 1925 movie, but it's only a couple of small temporary intrusions to an otherwise great score.

The film is one of those with an open licence and as such there are several uploads of it in full on Youtube. I can't remember which I watched.

The Lodger provides a great insight into what constitutes a 1920s superstar actor and how even in the silent era a performer can rise above the crowd with their performances and help us understand why, when Robert Altman made Gosford Park, he chose Ivor Novello (played by Jeremy Northman) as the typical silent era star to attend his high society period piece.

Totally agree on the Lodger, almost a hundred years later and it has withstood the test of time, a fine film now just as it was upon release.

The trailer for Indiana Jones and the Dial of Destiny was dropped yesterday.

Harrison Ford has been de-Aged with CGI as well.

Also it seems another Transformers movie is getting released.

Returning to the action and spectacle that have captured moviegoers around the world, Transformers: Rise of the Beasts will take audiences on a ‘90s globetrotting adventure and introduce the Maximals, Predacons, and Terrorcons to the existing battle on earth between Autobots and Decepticons. Directed by Steven Caple Jr. and starring Anthony Ramos and Dominique Fishback, the film arrives in theatres June 9, 2023.
Click to expand...

Original Sin Donor
Harrison Ford must need a paycheck. At least it can't be worse than Kingdom of the Crystal Skull.

"Any intelligent fool can make things bigger, more complex, and more violent. It takes a touch of genius and a lot of courage to move in the opposite direction." (E.F.Schumacher, Economist, Source)

Watched the Man Who Killed Hitler and Then the Bigfoot - sound silly but a lighthearted adventure lead by the excellent Sam Elliot, and other strong cast. Very enjoyable and cleverly written so that it does not overstay its welcome. Another enjoyable movie from Sam (7.5/10).

Original Sin Donor
So there's a new movie based on D&D? This one actually has decent production values, but the writing seems somewhat juvenile. Not sure how they got Chris Pine and Hugh Grant to do this.

So far the D&D films have been awful, hopefully someone will alter that trend.

Yeah the real bear didn't have a good day but a nightmare.
"Founding member of the Grumpy Gamer Club & Never happy unless I'm complaining"

Ripper said:
Cocaine Bear is real! I'm glad to see his story is being treated sensitively.
Click to expand...

The way I look at it, anything featuring a bear, cocaine, and Ray Liotta is going to be interesting.
G

Breathe I liked it. A calm but interesting film about a person's ability to enjoy life under different conditions. I would love to watch it again.

Hollywood Reporter shared the news but nothing has been confirmed yet. 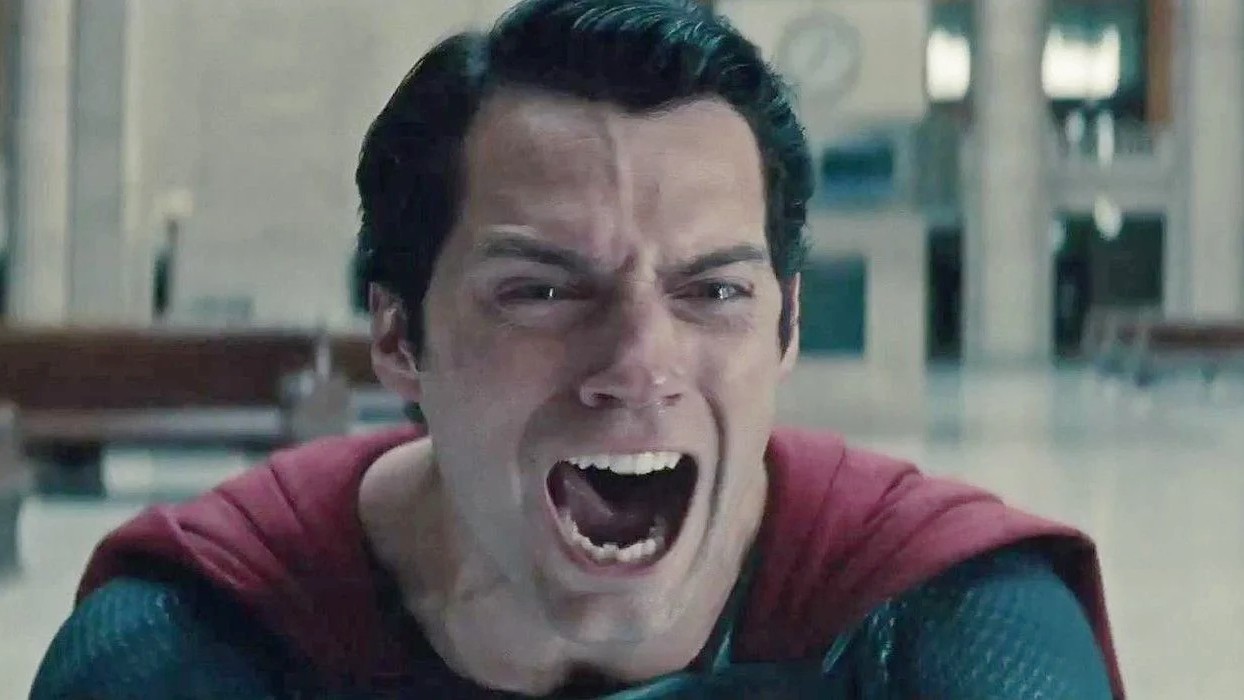 Under the incoming James Gunn regime, the newly rehired Henry Cavill may already be on the way out of the DCU. 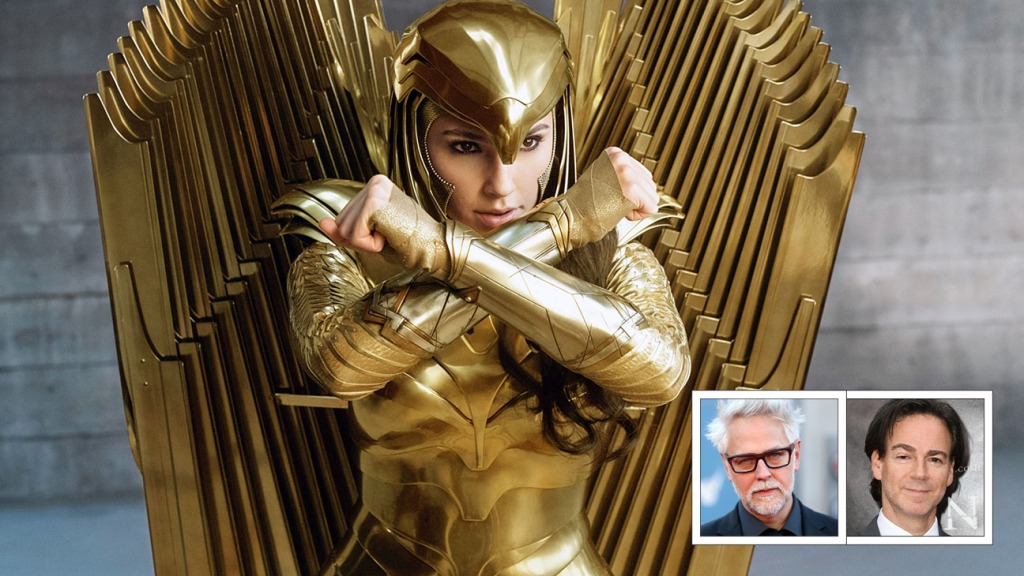 New DC Studios heads James Gunn and Peter Safran are in the final stages of prepping their multiyear plan ahead of next week's pivotal presentation to Warner Bros. Discovery CEO David Zaslav.

www.hollywoodreporter.com
Looks like a full recast and reboot of the DC movies.
"Founding member of the Grumpy Gamer Club & Never happy unless I'm complaining"

- Check out my thread for more news on RPGWatch
P

RPGWatch Donor
Original Sin Donor
Original Sin 2 Donor
I liked what Gunn did with Guardians, but not so much The Squad. I'm certainly NOT excited about him being the guide for DCU because I don't want stupid 'comedy' in in stories I feel should be serious. Take that crap back to Marvel.
If you have no other choice but to kill, you have failed.
Ntwa kgolo ke ya molomo​

I'm well and truly bored of superhero business of all kinds. But I do think James Gunn has the best kind of take on the whole thing, that works for me. I've always struggled with the po-faced-seriousness take on people larking about in capes and tights. I thought his takes on the genre were actually very skillful in the way he made narratives work, with tongue firmly in cheek.
"I cannot define the real problem, therefore I suspect there's no real problem, but I'm not sure there's no real problem."
Richard Feynman
You must log in or register to reply here.
Share:
Facebook Twitter Reddit Pinterest Tumblr WhatsApp Email Share Link