Indie Retro News reports that an open source remake of Ambermoon is in progress.

Originally released in 1993 for the Amiga by Thalion Software, Ambermoon was the second part of an unfinished trilogy and sequel to Amberstar that was only released in Germany. In was an incredible RPG for its time, and featured 3D graphics that were considered revolutionary for the Amiga, but sadly for the company it couldn't save them from collapse. 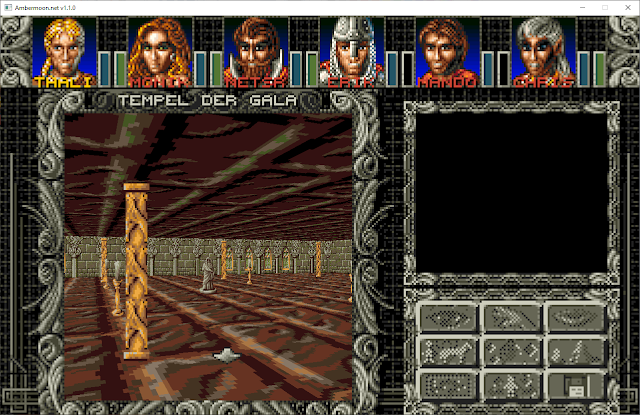 How to run the game

I got some questions of how to run the game:

You need the original game data (either ADF files or extracted files like Party_char.amb etc).

Put these files next to the downloaded executable file called Ambermoon.net.exe.

If you have not yet, install the latest .NET framework for Windows.

The game only runs on Windows as of now.