The latest quarterly update for Diablo 4 goes over development progress so far and covers a variety of topics like multiplayer, story telling, open world, items etc.

A couple of things have evolved with how we deliver story in Diablo IV. First, we have conversations. In D3 we relied on UI panes with a character’s name and portrait. We’re experimenting with a mix of tool-generated and manually choreographed cameras to tackle conversations. For simple interactions with NPCs we bring the camera in closer to the characters (while still maintaining an overall isometric feel) and use a library of animations to deliver the general gist of the conversations. For more complex conversations, we take a similar camera approach but here the character’s movements and animations are more deliberately hand-crafted. This lets us deliver story moments that are complex while keeping you in the world as much as possible. Here’s a shot from one such interaction. 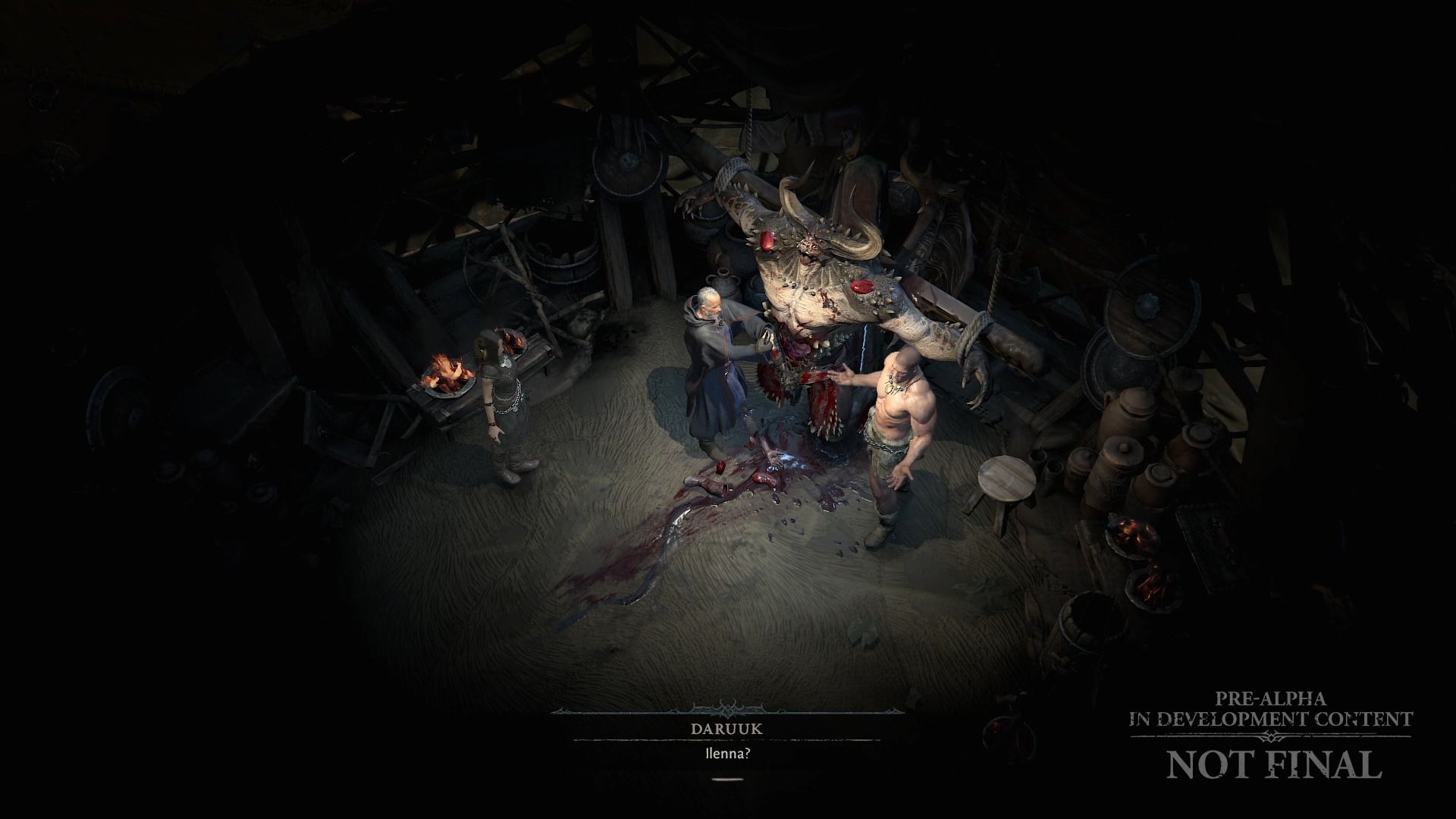 The second storytelling method we are developing is real-time cutscenes (or RTCs). Here we grab your camera and treat the storytelling more like a movie, so we’re reserving this technique for the most important story moments. Having these be real-time has great advantages—we can show your character with their currently equipped armor as part of the scene, for example. But we can also display them at your current resolution and with your currently enabled graphics settings, so they end up feeling more seamless and like a part of the game.

We showed you some early work on real time in-game cinematics during the BlizzCon demo. Our cinematics and engine teams have made a lot of improvements since then, so we were excited to see a fully produced cinematic serve as the climax to the Dry Steppes experience, and the team was not disappointed. Here’s a couple screengrabs that the story and cinematics folks have given us the go ahead to share with you as it shouldn’t spoil the details of what’s to come.