ROGUELIKE - The Battle for the definition

PC Gamer looks at the battle for the definition of a roguelike in the roguelike community. 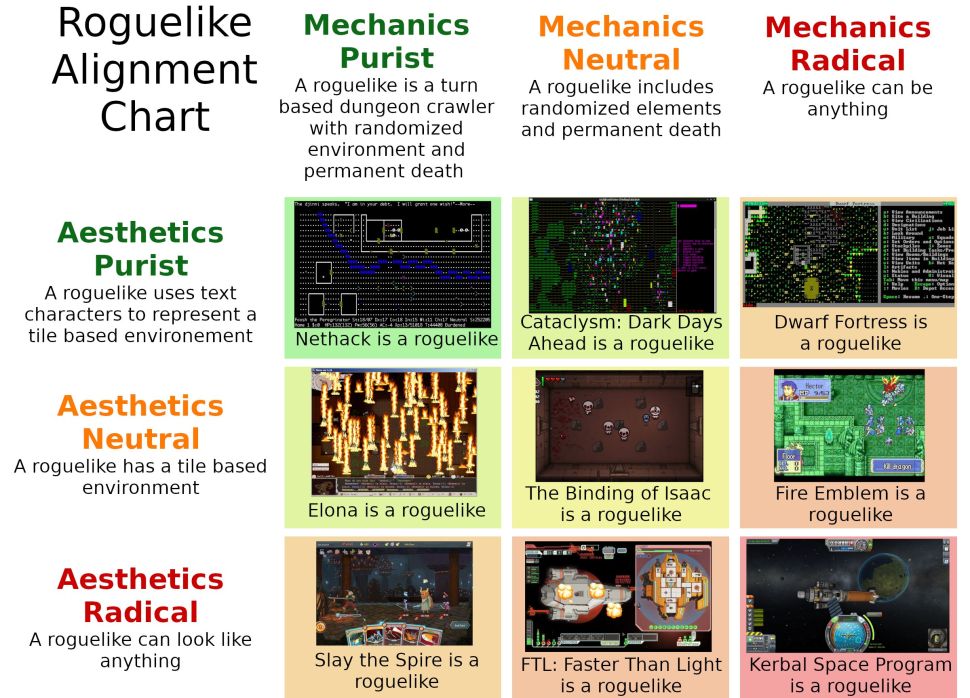 "We had a perfectly fine term for this genre for a couple decades and there is a certain loss of identity when a mainstream majority starts using that term to mean something rather different and we can no longer use it to have the same meaning it once had, at least not without considering the audience," says Ge. "That's part of what got us here in the first place, that there is no one clear definition of what a roguelike is, so it's naturally evolving over time based on its use by different parties, and the speed of that evolution has accelerated considerably in the last five years!"

That point is echoed by Darren Grey, another moderator of the r/roguelike subreddit who also hosts the Roguelike Radio podcast. He made a point that forced me to consider how the emerging mainstream interpretation of the genre might be more incongruous with the original text than us normies fully understand. Grey was first drawn to roguelikes because he never had any interest in twitchy, input-heavy games. Not now, and not when he first started gaming. "I'm a conservative in terms of games I like. I have close to zero interest in anything that requires reflexes," he says. "Such games just don't do it for me, except maybe in social settings." With that in mind, consider how someone like Grey would receive Enter The Gungeon—a bullet hell gauntlet that asks for precise dodges, marksmanship, and cover negotiation—when it gets christened as a roguelike. If Grey considers that to be heresy, I'm not going to be the person who tells him he's wrong.