Lost Pilgrims Studio sends us a new patch for Valgrus: The Riven Realms, with new content, improvements and many bug fixes. 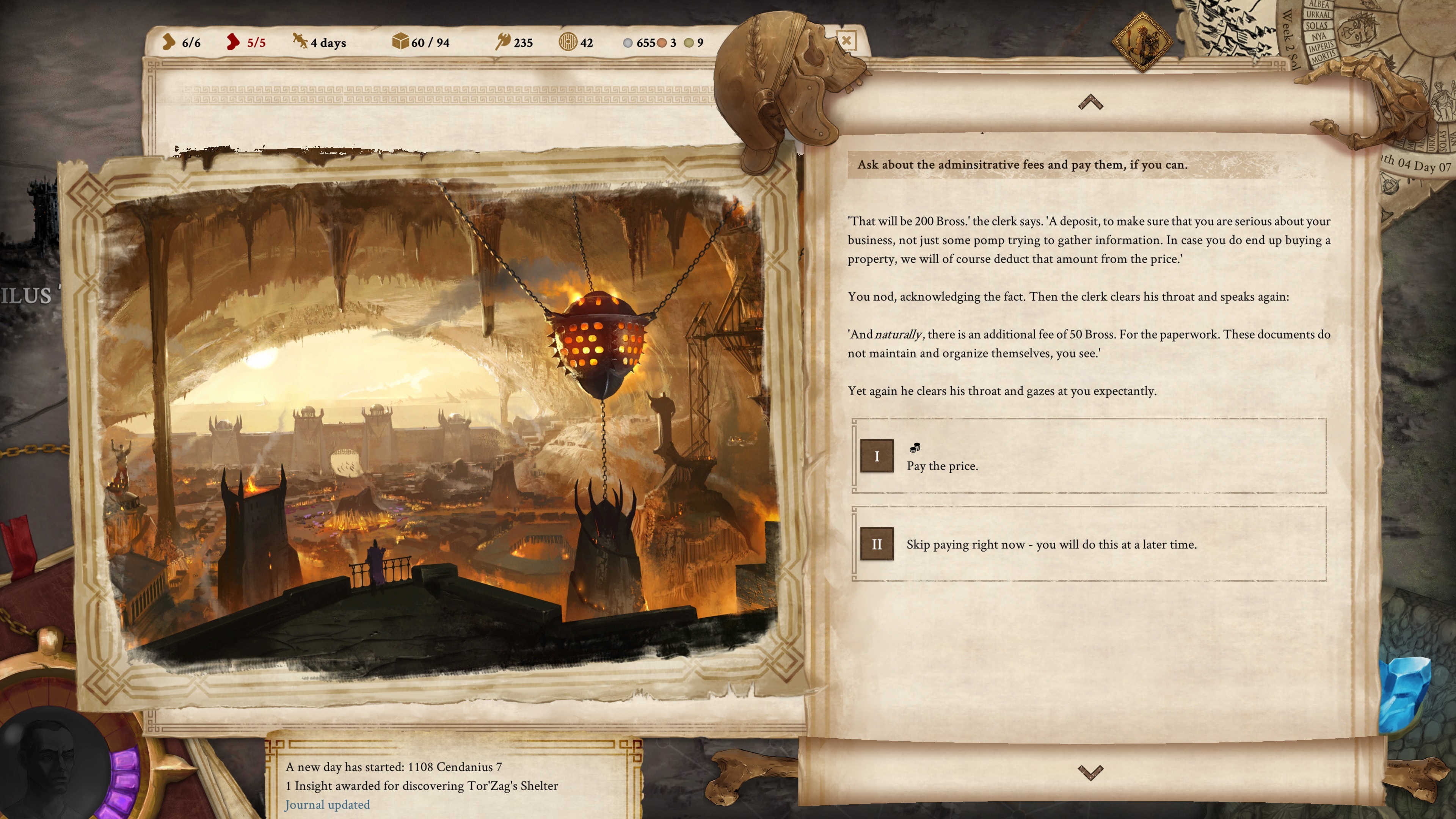 We've been trying to catch up since the launch last Tuesday and get on top of some of the bugs that many of you reported while also rounding out the missing Outpost and Wealth victory path ending parts. Although some bugs are still being hunted, the latter two are now being added to Vagrus.

This means that you can now build your own outpost out in the wasteland (one specific spot for now, room for expansion later), and upgrade it bit by bit so that in the end it yields you profit from time to time if managed properly. It is important to know that no new UI or feature comes with the outpost, since Vagrus is not a game that involves building stuff - the outpost is instead presented in Event format like it was envisioned from the beginning (and similar to other victory paths). Once completed, the outpost can be used for vagri with the Wealth ambition to win the game (but can be completed with all vagri). It's super expensive to do that, mind you, giving you a nice endgame goal and challenge.

Along with this comes a list of bug fixes and adjustments. Thank you for highlighting these! Your help in identifying and squashing issues is priceless.