The latest community update for Kenshi has some new screenshots/concept art for Kenshi 2.

The Official Kenshi Discord is here

We have launched an official Kenshi Discord server.We’re not looking to replace the community Discord in the slightest, and we have the utmost respect for its moderators and participants, thank you for being part of something very special! Instead, we’d like to create something complimentary: a place for mini updates from us and somewhere where you can quickly and easily have a direct line to Lo-Fi Games (though we do have a sequel to a certain game to make so forgive us if we’re not always too quick to respond).

We’re very keen to hear from you about what you’d like to see the Official Kenshi Discord look like, so do please jump in and let us know.

From Environment Artist Oliver Hatton: "At the moment we're putting together two adjoining biomes so we can get to see all the amazing buildings and characters in situ, doing their thing. This biome blending will also help us identify any problems that are bound to arise, things like town sizes, over-budget texture limits and so on.

The voxel terrain can be fun to work on, with overhangs and caves being possible and re-editing areas much more hands-on than with elevation maps."

And now towns and settlements are beginning to emerge on the map, we should begin to get a much clearer view of the world. It'll be like our own little working death valley where we can test out a lot of the pain and suffering to come." 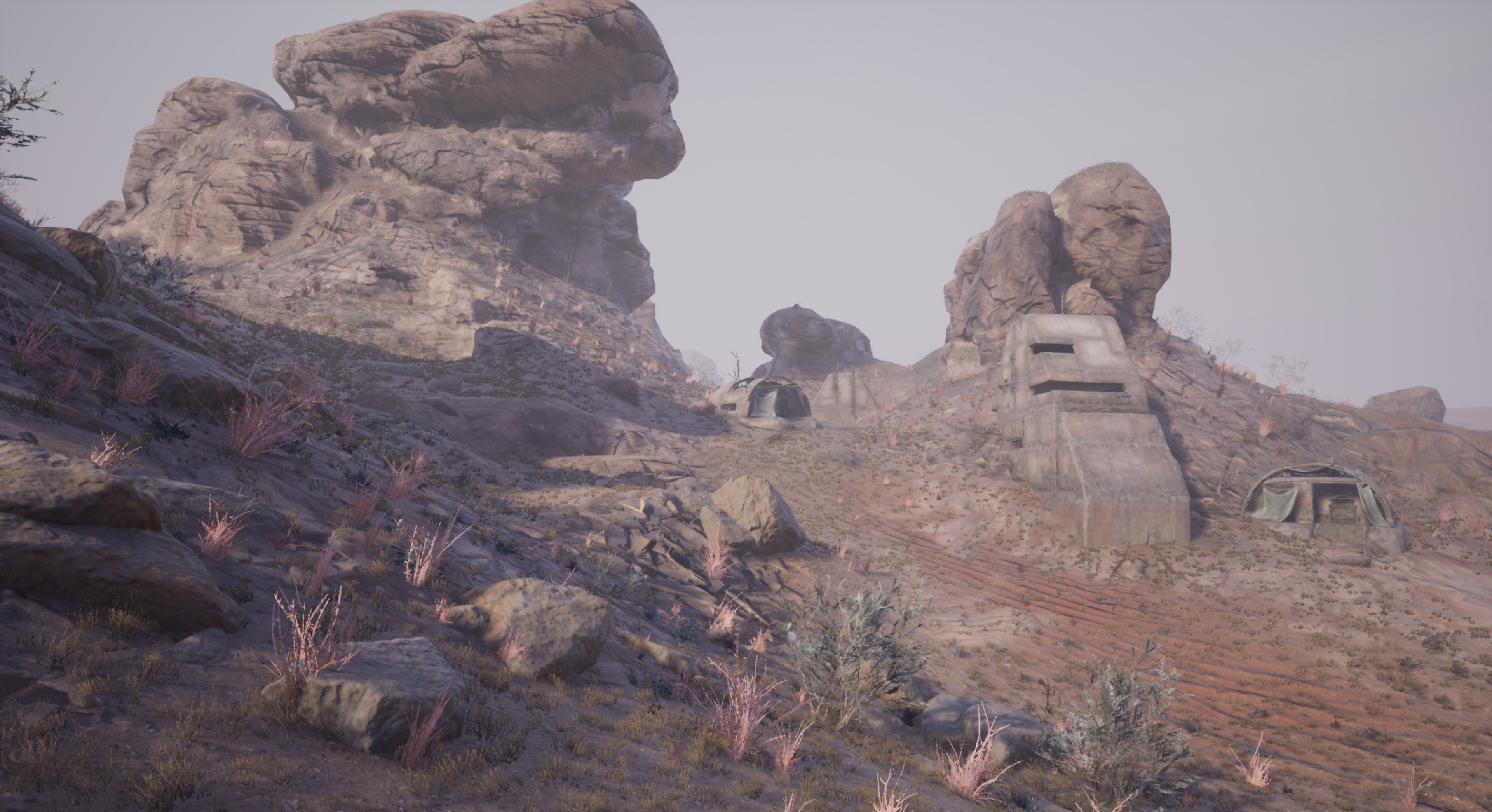 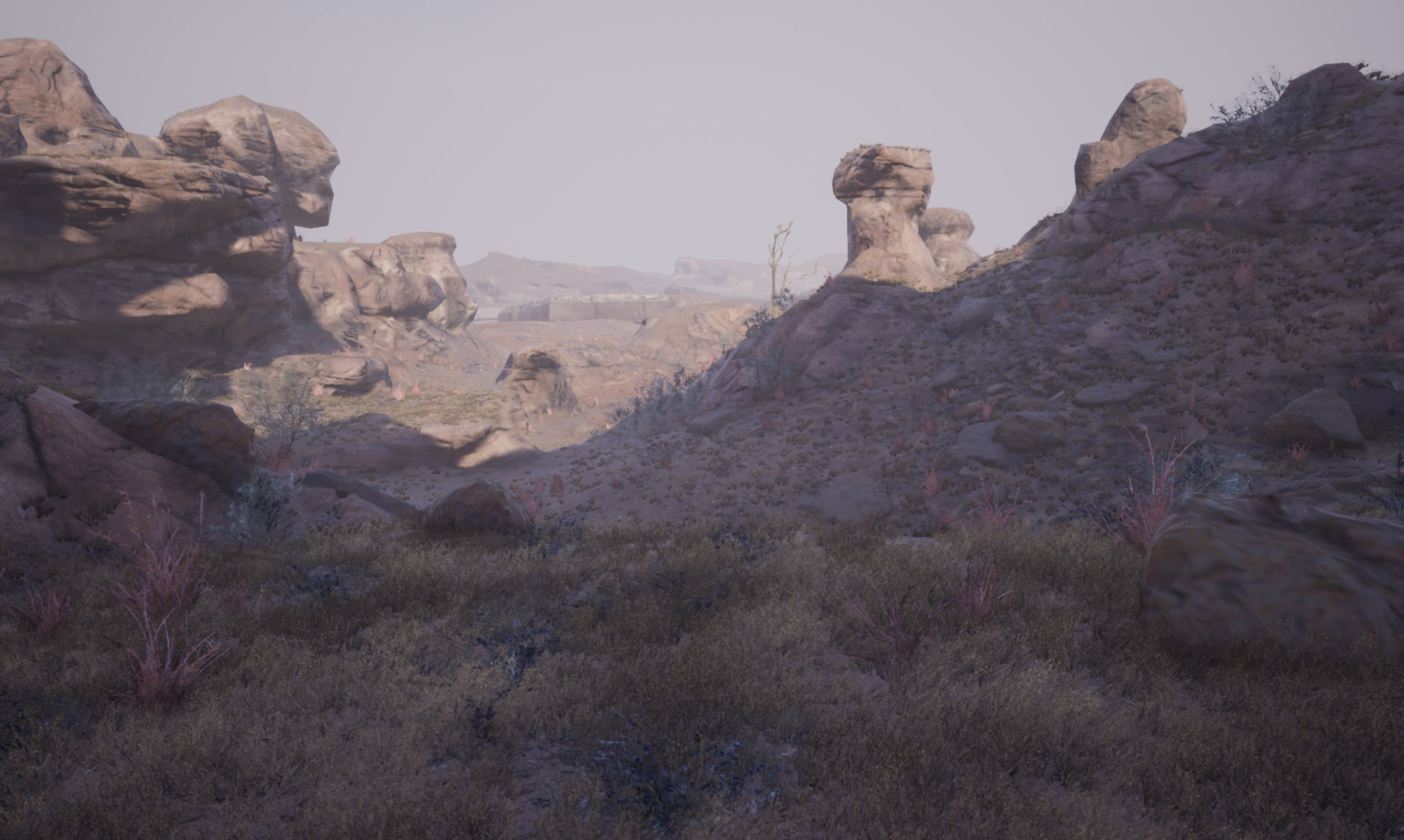 Look, it's a gate! Here's a few words from Concept Artist Christopher Schlesag on how the design of the gate came to be:

"The design of the gate was mostly influenced by the architecture of the main faction, which was already established. It is visually very sturdy and has simple geometry. For these defensive walls I wanted to incorporate more metal in comparison to the civilian buildings, which gives an even more militaristic feel.

These are the highest and thickest walls you will encounter in the game. We wanted the walls to be customizable to an extent, so they will consist of optional place-able modules like bastions, towers, and anti-climb extensions that will give advantages in several areas. For example, placing a tower on your wall will not only provide cover from ranged attacks and protect from environmental effects, but also increase the number of turrets you can place on this part of the wall. How much extensions the walls and bastions of a town have will also be a great indicator for how dangerous the surrounding lands are. We are also working on resolving placement-issues the walls in Kenshi 1 had." 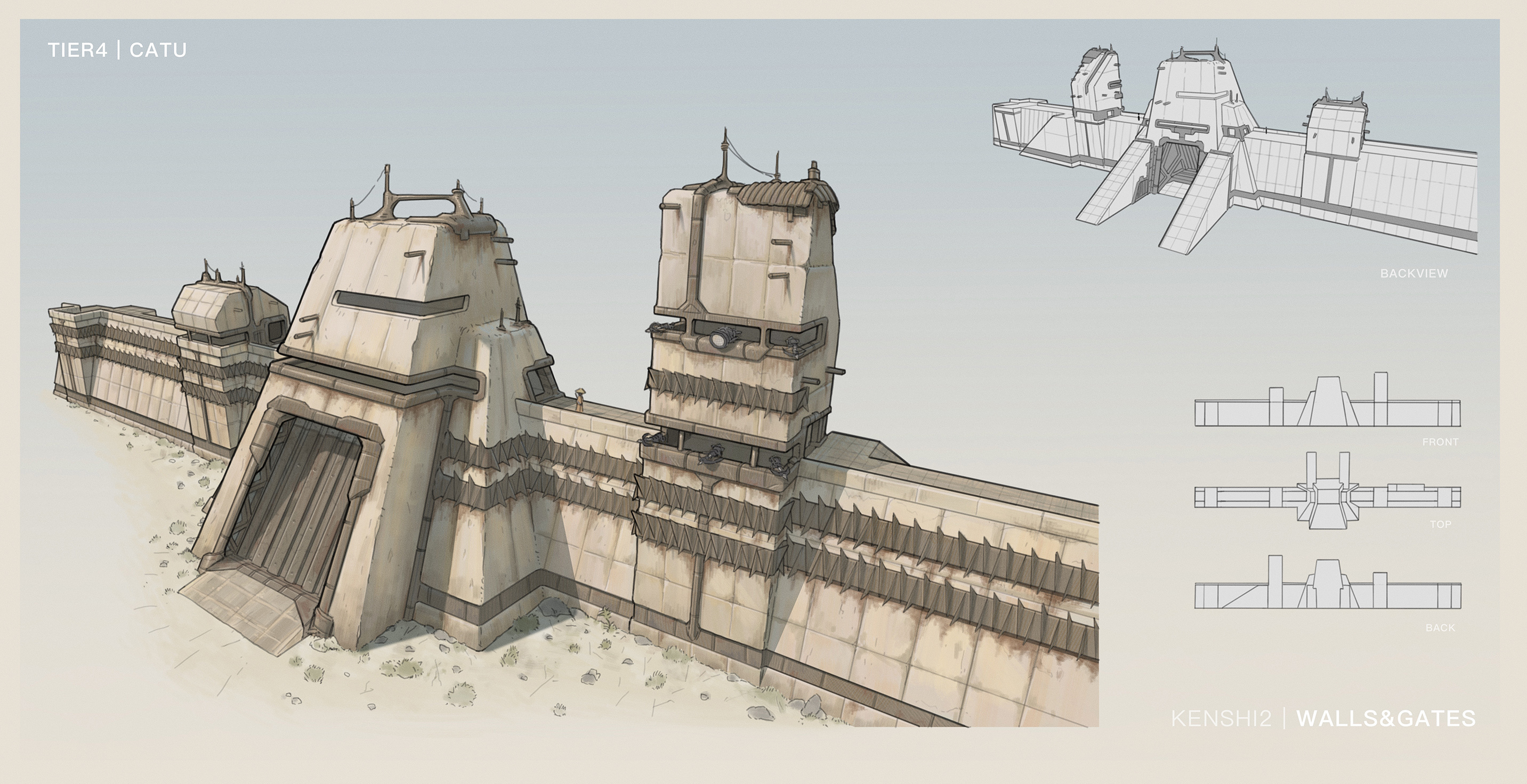 Some, er, mishaps along the way

We also thought you might like to see this happy little accident tentatively titled "I'm just going to spin my arms in the air as I run and if you get hit, it's your own fault!" (thanks Craig):

From Technical Artist Victor Goossens: "What was meant to be happening was literally that the guy was just supposed to be running somewhere, but some animations broke in a bind pose. To explain a bind pose: it’s the thing that an animation is relative to. So if, for instance, an animation was animated with an A-pose as bind-pose, but then the bind-pose in engine is a T-pose (arms are higher), the arms will tilt up when playing that animation in-engine.

I think at that point in time half of our various reference poses (we use a cool blending system under the hood) were borked, so animations ended up being... Magical. 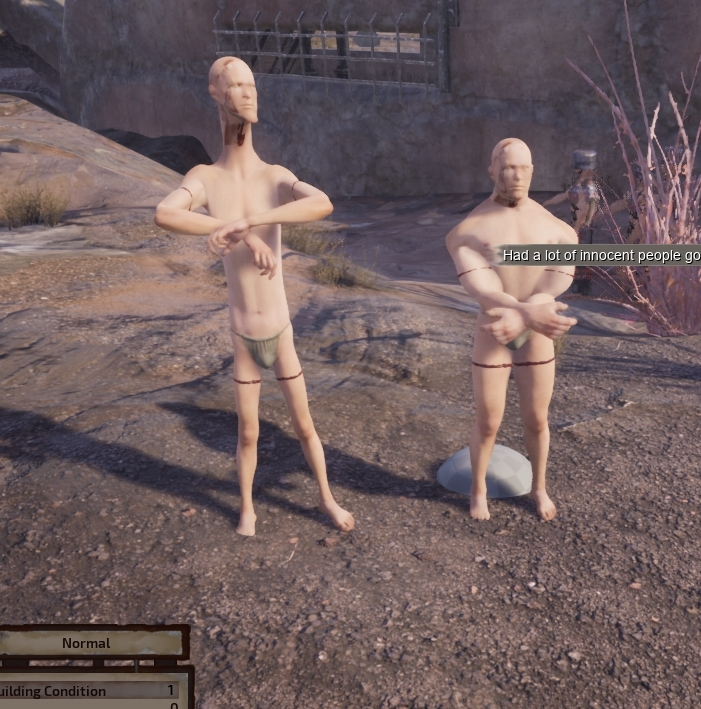