In an update for Colony Ship, user interface changes are discussed.

As you probably know, we're waiting for the missing animations (the once long list has been reduced to two-handed weapons and grenades), portraits (8 NPC portraits to go), and armor (all vests, boots and leggings, helmets, goggles, and gas masks are done; waiting for the jackets and coats, which will be done after all animations are in). While we're waiting, we made some changes and improvements. 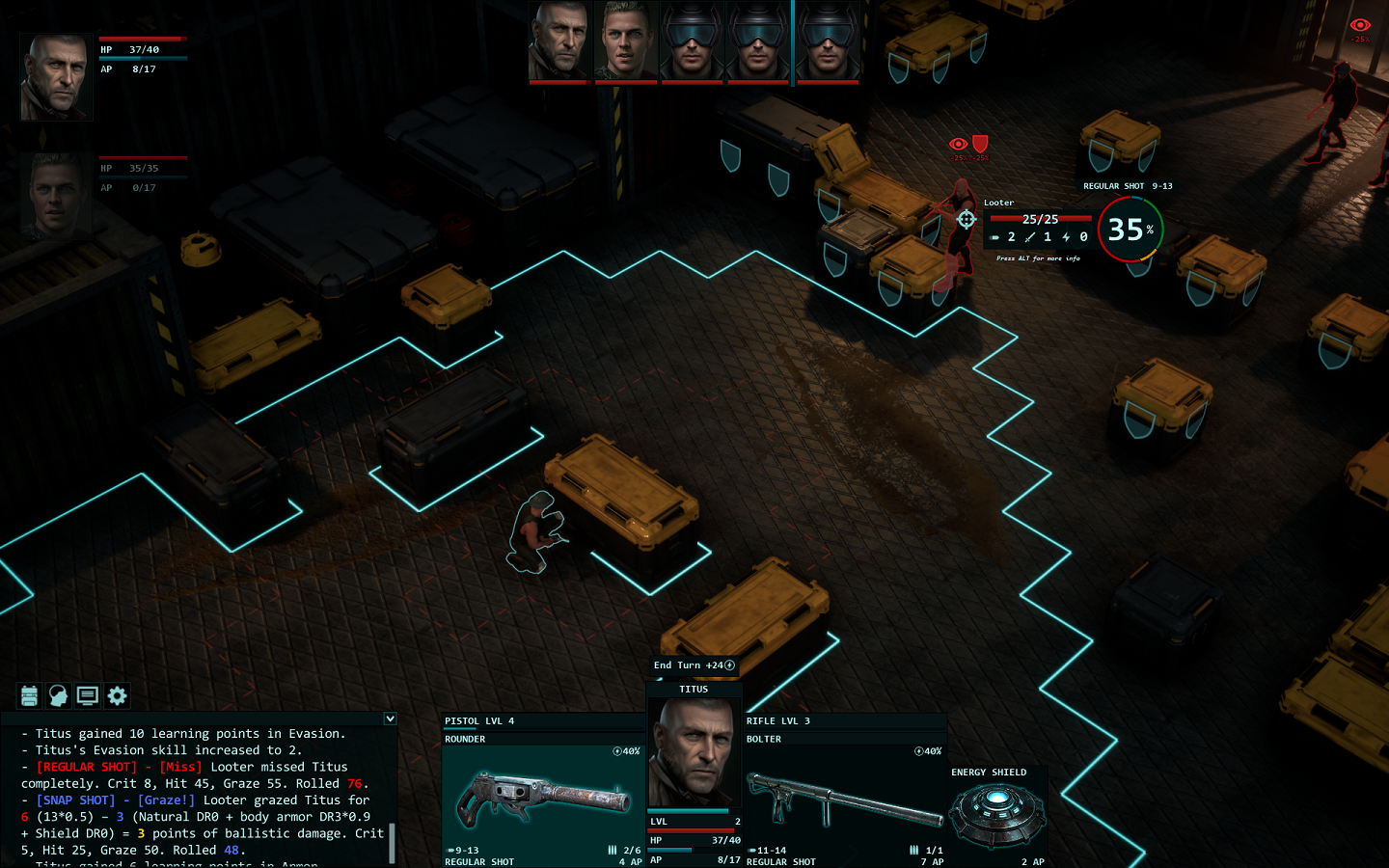