Logic Artists have posted a new diary on voice acting in Expeditions: Rome.

Ave! Our music event that launched two weeks ago is still ongoing, and since we’re all in an auditory mood already, we thought it would be good to stay in that general area by delving into the topic of actors and directors of voice-over.

It’s no secret that roleplaying games tend to be on the verbose side. Though we here at Logic Artists have always prided ourselves on writing more concise and less waffling dialogue than our competitors, our games have always been long and heavily story-based, so inevitably our dialogue word count always ends up in the hundreds of thousands. As an independent game studio, the cost of recording that much dialogue is prohibitive, and so the best we could do on Viking was to record combat one-liners and a few very select lines of dialogue to set the tone for each major character.

Thus you may be able to imagine how overjoyed we were when THQ Nordic rolled in and told us to go ahead and record every single word of dialogue for Expeditions: Rome. Now, on Rome we have made a concerted effort to keep the dialogue even more concise and punchy than before – we’ve almost eliminated use of narrator text during dialogue, and worked hard to put as much of the actual actions of what’s happening in the scene into the actual game world, so you can see characters move and animate instead of having it described to you. Even so, Rome is the largest game we’ve ever made by a pretty large margin, and so we still ended up with over 300,000 words of dialogue. 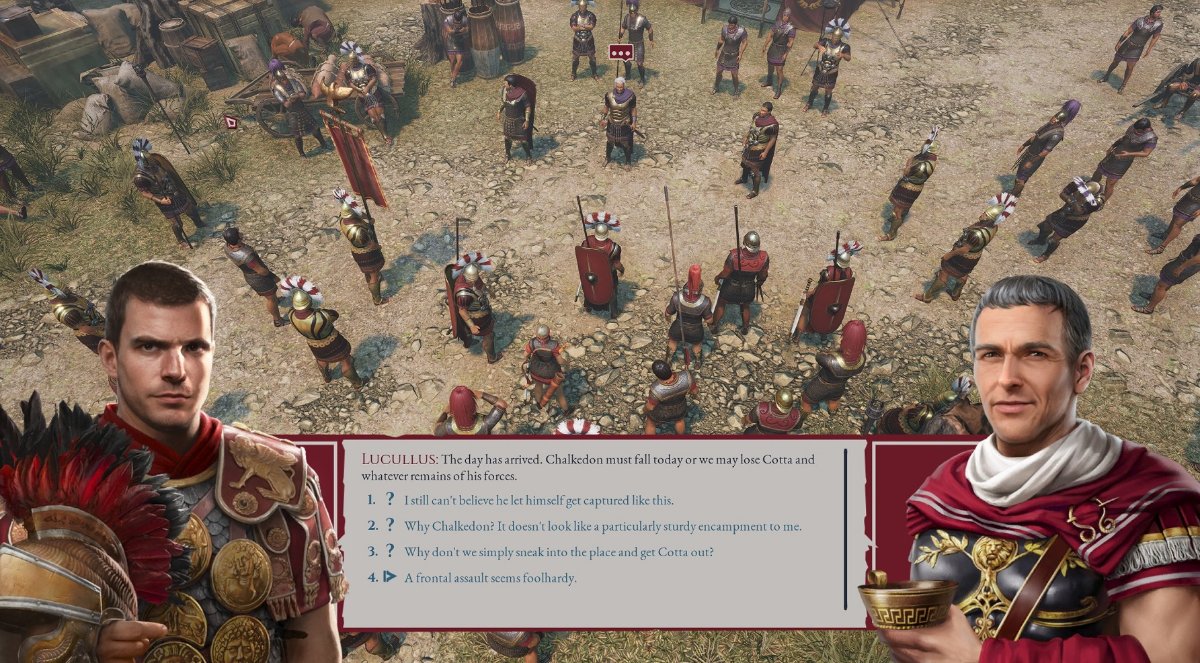