I've emntionned several times (too many, & too early) that work on the sequel to S&S Underworld was pretty well under way, so now that UW is finally ready I thought I'd… start showing little bits.

This is the GUI. Note that my current stance is to make the sequel quite similar. The main improvements I'm planning are new classes, new spells and items, crafting, an open world (light and dense forests, cold and warm mountains, desert, sea, swamp glacier, dungeons, towns and capitals…), factions and more elaborate traps. That's off the top of my head, I may be forgetting one or two. 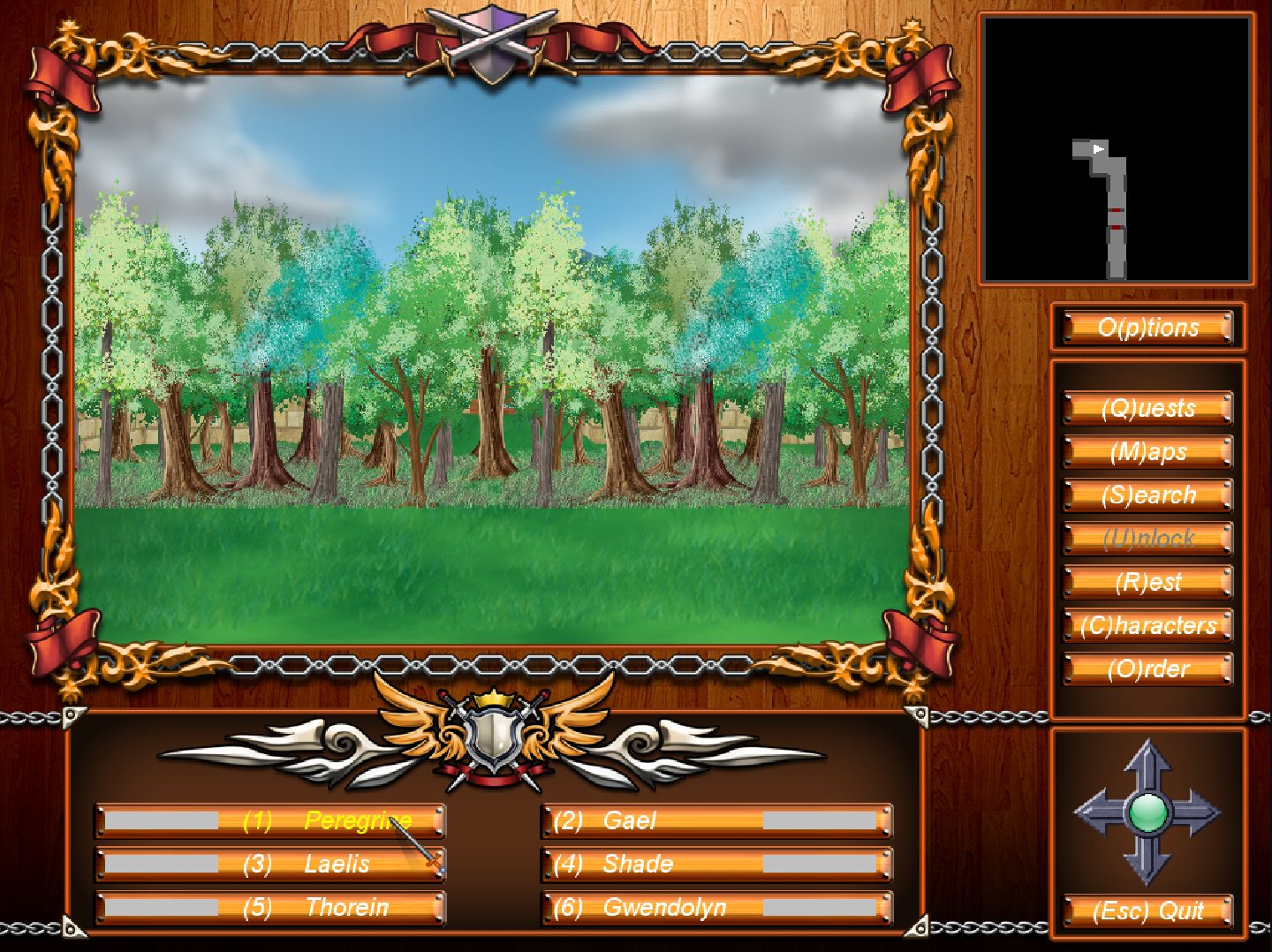 This is a quick sample with light forest tossed into the Highnest Arena. Also the directional pad isn't updated as it should.

I'm not telling the title just yet, but you can try to guess

Did I mention Underworld Gold is available tomorrow? :-)

Oh BTW the GUI for the next one is completely different now but since no one's asking I wont show it. I'll just pout.

No? Well, how about…

Did I mention Underworld Gold is available tomorrow? :-)

Excellent! Available from Rampant Coyote's store I presume?
--
"It is pitch black. You are likely to be eaten by a grue."
Quote

I tried. I REALLY did. I spent all day on the Plimus platform. Juggling APIs and IPNs and all that jazz and I can't get Paypal to show up as an option. 30% of past customers used Paypal so it's an non-negociable condition.

So I'm going back to my old system. Maybe it'll work out in the future (no answer from support yet after 24Hrs, another big sign I should stay away).

Sorry but none of those awesome titles are it. Some I'll consider for the sequel sequel though

Oh BTW the GUI for the next one is completely different now but since no one's asking I wont show it.

Oh c´mon, you know you want to

I´m getting a rather strong sense of Wizardry 7 with a hint of Ishar from the gameplay window, which certainly isn´t a bad thing.

As for the (now apparently obsolete) GUI, besides the white text on orange background it looks nice, but I wonder if having party members and gameplay options displayed as text isn´t too oldschool. I mean, party portraits and action icons instead wouldn´t hurt.
As I see it, plain text is sorta cold (makes GUI less "immersive") and in the case of options likely takes too much screenspace that could be devoted to, for example, portraits

Oh c´mon, you know you want to 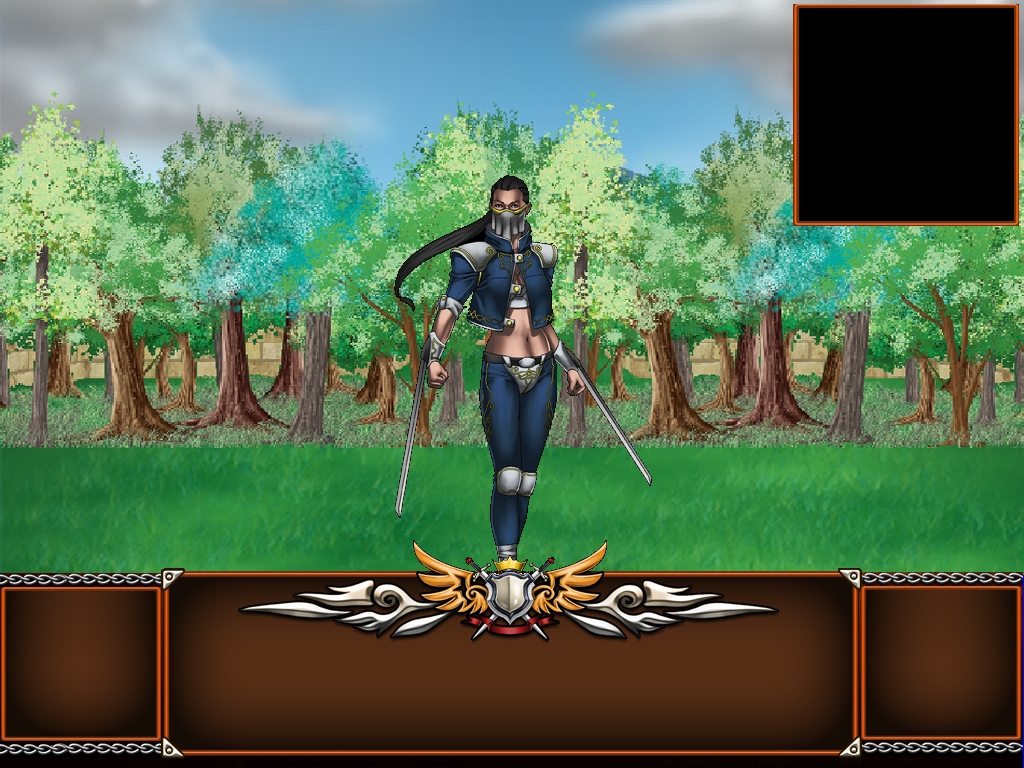 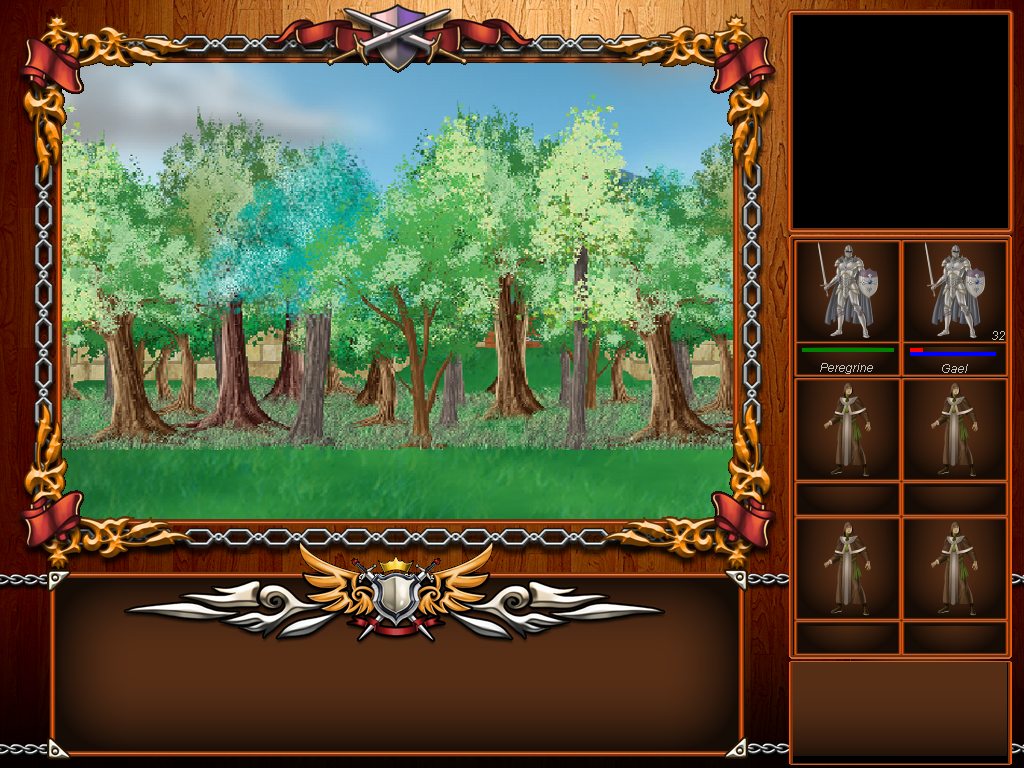 The fist one would probably have the portraits floating around on the left side. I have a preference for the second. More authentic

Anyway, looking forward to this. Also, Sword & Sorcery 2: Beyond Underworld.

Support wrote back. Last minute rush and we got it working. The thing is Paypal doesn't work if I include the CD copy so I made two options.

Now Jay can put it in his store if he wishes to.

I prefer the second one as well, it´s, um, cozier

.
Seems like you actually already went with more graphical representation instead of text (assuming the lower right corner is supposed to contain action icons) and with the orange/white gone I like the overall colour scheme of it, so thumbs up and thanks for posting these.

October 31st, 2012, 15:28
Further progress on the GUI as well as a bit of a revelation on the openworldedness (grammatical exactedness not guaranteed)

Also, there's a poll! Weigh in on the upcoming Xeen killer's design decision-making

October 31st, 2012, 16:39
Looks good. I like the layout. The art looks pretty damn good too. It kind of seems like somethings missing though. Can't quite put my finger on it.
Quote

October 31st, 2012, 16:52
Xeen was full of riddles and puzzles. For that matter, so were 1-5. From 6 on those elements got less. I still need to download and replay his updated game. He sent me a link in email awhile back, but Bethesda domintates my time.
Quote

As for the GUI, looks good and I definitely prefer it to the more "modern" one, better let the environment window clear of any GUI elements.
Quote

October 31st, 2012, 17:52
Looking good so far. Please try to incorporate some basic animations in combat, i think we once talked about that some months ago. (you could simulate some animations like wobbling or getting hit, without actually create animation frames which would require more work from the artist).
Look into "Paper sorcerer" for inspirations.

I did add blood splatter

One step in the right direction!